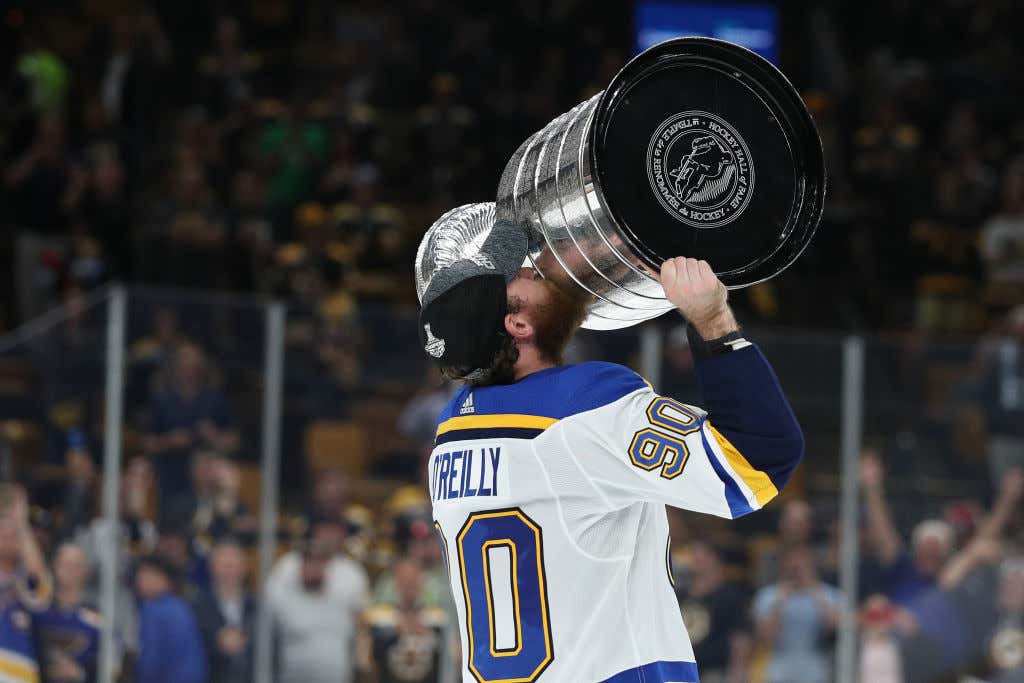 Last night the NHL announced the tentative schedule for the playoffs, draft, free agency period and the start of next season. And it's starting to look like this year the Fall Classic won't go down on a diamond, but rather a sheet of ice.

Just picture this scenario. You wake up on October 2nd. There's a chill crisp to the air when you take the dog out in the morning. You know it's about to be a perfect day the moment you toss that flannel on. You're still working from home because your office is closed until 2021. So the boys come over and you get the pumpkin beers going early. It's still warm enough outside that you can break out the sauce kit in the backyard, get some tunes going and everybody is having themselves a Friday. Order a few pizzas, maybe mix in a few orders of crispy brussels sprouts, maybe switch over to some bourbon once the sun starts to go down a little. And then later that night you bring the TV outside, get the fire going, and now you've got game 7 of the Stanley Cup Final to watch. It is the greatest October 2nd you've ever had in your entire life.

And the more I think about it, it's the way it should be. Who wants to be sweating their nuts off in June watching Game 7? You can't even toss on a sweater to watch the game or else you'll sweat right through it before the first intermission. An October Stanley Cup is what dreams are made of. It just sucks for baseball, however, because they're gonna get month cucked so hard. I mean, sure, they'll have the majority of the month covered. And the only way it looks like the Stanley Cup will be awarded in October is if it goes to a game 7. But still. Years from now whenever people think about October, they'll be thinking about the Stanley Cup. The poor Commissioner's Trophy will just be an afterthought. Or at least until Bryce wins it in Philly.

As for the rest of the schedule...

I'll be honest--if for some reason the NHL loves this schedule and decides to stick to it, I'll miss having Free Agent Frenzy on July 1. But will I miss July 1 free agency more than I'll love an October Stanley Cup? It hard to say. It's a whole new world out there, boys and girls. We're getting spicy and we're trying new things. You never know where you'll like that finger until you actually try it.