Well that fucking ruled. You put Allen Iverson in front of a camera and tell me he is going to be completely unfiltered and I'm listening to him 11 times out of 10. One of the most iconic players in NBA history, and that is not hyperbole, Allen Iverson was one of the most influential players when it came to my NBA and basketball fandom. If you grew up around the time I did, we all had his shoes, we all practiced his crossover. I remember that epic series against the Raptors waking up and immediately checking the box score to see what he and Vince Carter did. I wasn't even a Sixers fan, far from it, but Allen Iverson was that dude. He was so fucking cool not to mention the best pound for pound player I had ever seen with my own eyes. You ever take a second and just admire his basketball reference page? 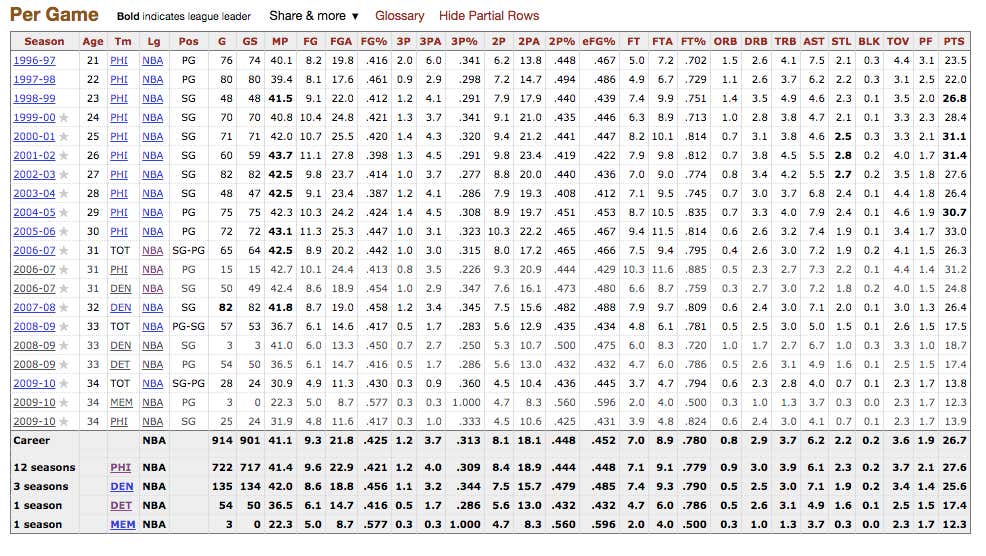 Insane stuff. One of those players where his highlights might be even better than his actual box score numbers

You look around the league today and you see Iverson's impact everywhere. This is a dude who wasn't just a cultural icon, but his style influenced how the league looks today. Not just from how guys play nowadays, but the entire reason the league has a dress code was because of Iverson. I thought it was pretty fascinating to hear him talk about that.

I just wanted to make sure you were all aware that this interview exists, because when I watched it last night I couldn't get enough. Granted I'm a sucker for any Iverson related content, but this certainly did the trick.

I couldn't write this blog without included my all time favorite Iverson clip on the entire internet. What a moment. Just a reminder this went up in October 2016, Isaiah then went on to average 28.9/2.7/5.9, made an All Star team, 2nd Team All NBA, and was 5th in MVP voting.