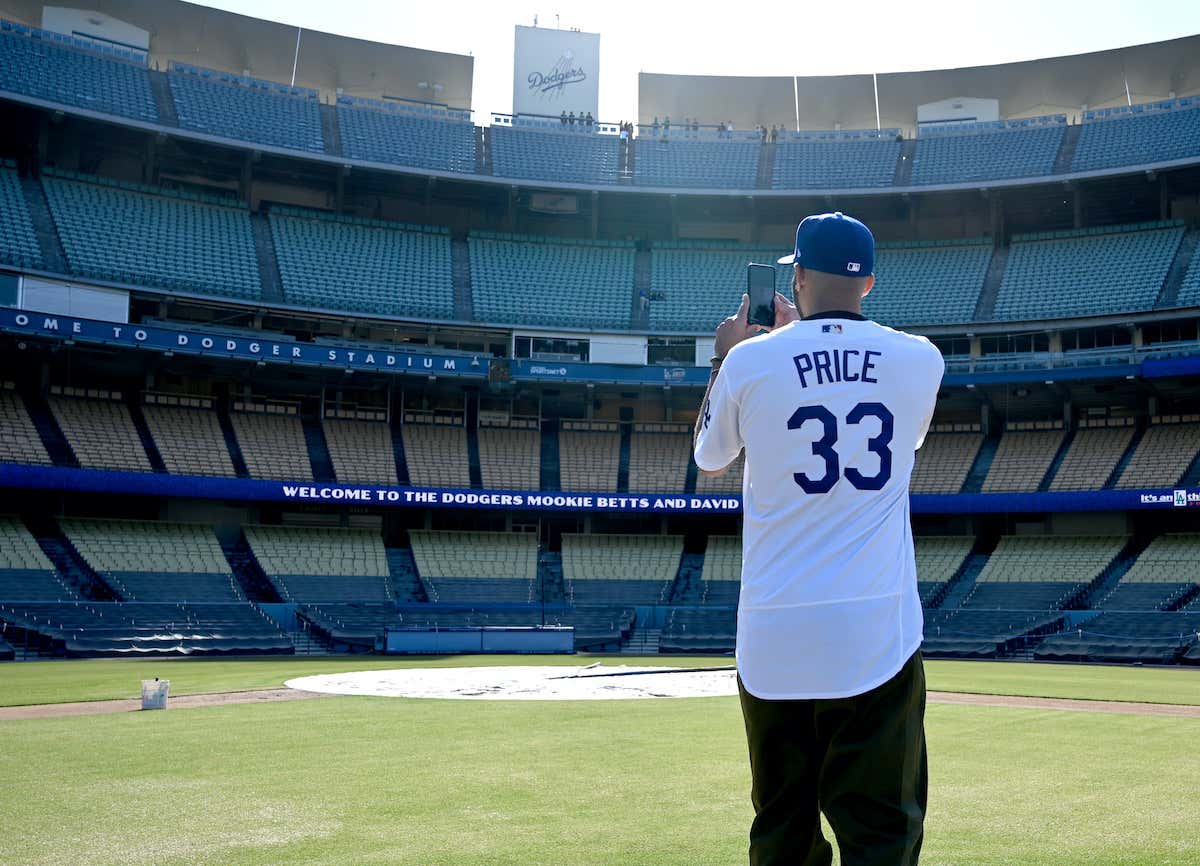 We've seen a handful of players choosing to opt out of playing in the 2020 season to this point. Some -- Ian Desmond the first name that comes to mind -- have used their opt-out as an opportunity to shine some light on even more important issues. And with all due respect to the players who have already opted out, David Price is the biggest name thus far to sit out for the upcoming MLB season and it ain't close.

Here's the deal -- COVID is still a major health concern. That's number one. If that were the lone reason, then it should be universally accepted and understood. Beyond that, Price is about to turn 35 next month so it would take a little bit extra to get his body ready to go for this 60-game season. He's a father of a 3-year-old and an 11-month old, he's already paid, already won his World Series, already won his Cy Young, and he owes nada to a brand new fan base after being traded for the third time in his big league career.

Shit, I don't blame Price AT ALL for opting out. He's leaving about $12 million on the table, but that's ashtray money to him. Also, just a friendly reminder that Price donated a thousand dollars to every single Dodgers minor leaguer last month, an organization that he had yet to throw a pitch for. That check came in somewhere north of two hundred thousand dollars. He's made a huge positive impact on the organization in 2020 even with the opt-out.

Like I said, beyond the COVID concern, Price is dealing with a little bit of an injury history in recent years, in his mid-30's, his legacy established with the ring and the trophy case stacked, and a global pandemic with a wife and two little kids at home. It's a no-brainer. Take that seat, champ. Be at home with your family, get your body right, come back next spring ready for a full 162-game season in Dodger blue.

I also think this opens the door for other big-name players to opt out, too. I think a lot of guys were reluctant to be the first. But now that the first domino has fallen, I believe that more will follow. Buster Posey talked today about giving it a couple of weeks before making a decision. That's the move. Report, show face, take the temperature of the room (no pun intended), and then do what's best for you and your family. Price made that decision today. I would imagine that more players will follow the same path, even more so now that a big-name veteran has made that choice.