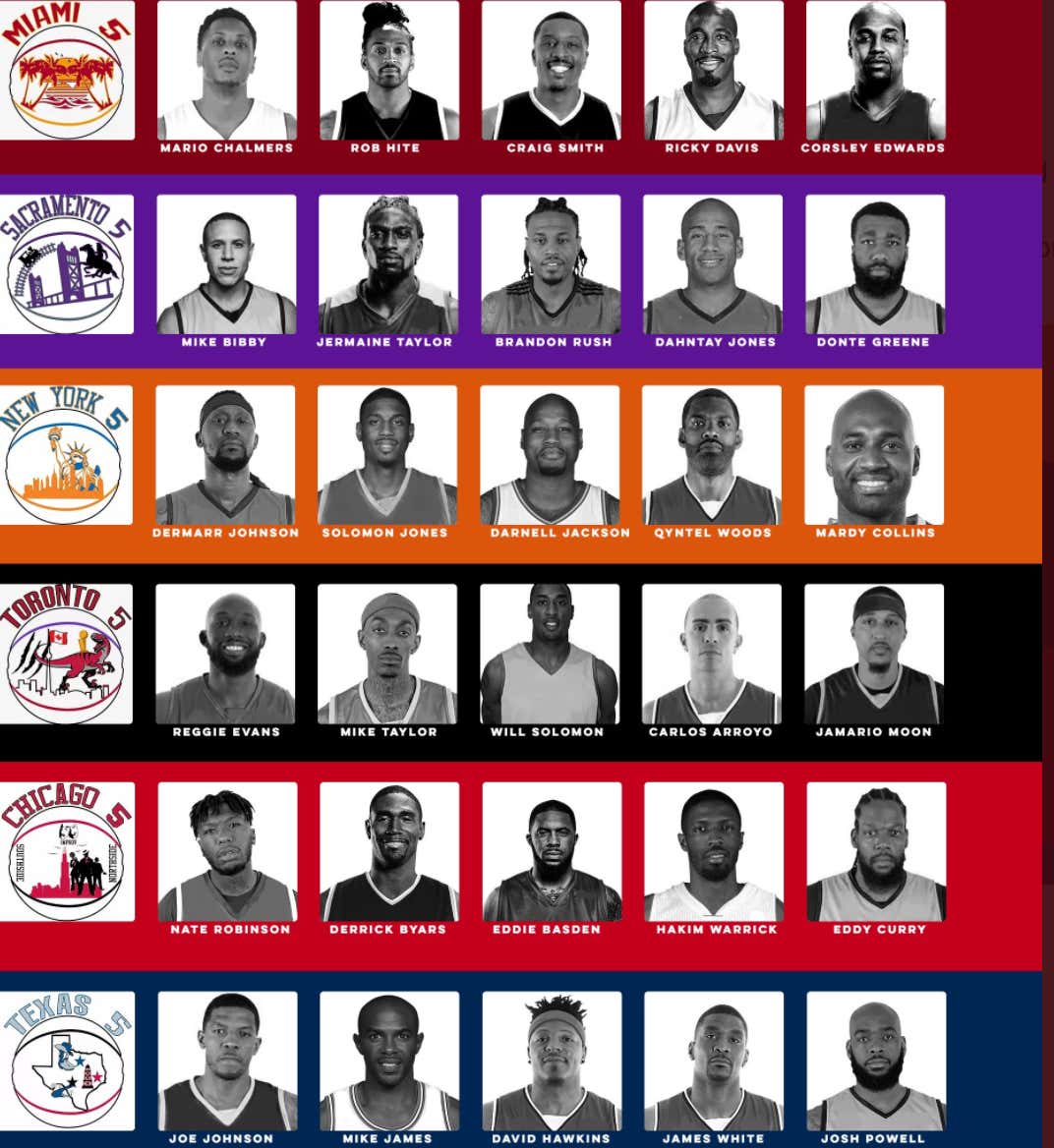 Alright, so yeah, I love this idea. We know the Big 3 isn't happening right now and I've said from the get go, I'll take any and all hoops I can get. We've gone far too long without basketball. This is a bit different with limited teams and just going by 'The Five'. Still have decent names though led by Joe Johnson and Mike Bibby. But that's not the point.

Give us Rock n Jock basketball. That's what I want to see happen. How do we not take advantage of limited sports by getting a Rock n Jock game going? It's not like you need fans there. This is strictly for people like me, Clem, KFC, Tyler, etc. The guys who grew up in the 90s, who love pop culture and basketball. There was nothing like Rock n Jock. I still say it was the perfect event made for Barstool before Barstool was a thing.

I can't stress how perfect the timing would be. Sure, we need the big names because that's what made old school Rock n Jock awesome. But throw in Joe Johnson and Nate Robinson - he can still dunk right? Shit, at the worst he'll fight one of the Paul brothers.

Yeah, the 3-on-3 pay-per-view event is awesome. It's a different idea and obviously I'll watch. But I need Rock n Jock to come back. I don't need the celebrity All Star Game, that shit sucks. Give me the true MTV Rock n Jock. Maybe they can even take a break from Ridiculousness one time for me: