During my youngest son Dylan’s junior year of college, he called me on a Wednesday night to tell me he was competing in a hotdog eating contest the following night in Providence, RI. I immediately called him a complete moron and several other choice words. He did not participate in the hotdog eating contest.

It turns out he was taking this contest very seriously. Not only did he fast for 24 hours leading up to it, he asked Joey Chestnut for advice on Twitter and the champ responded. 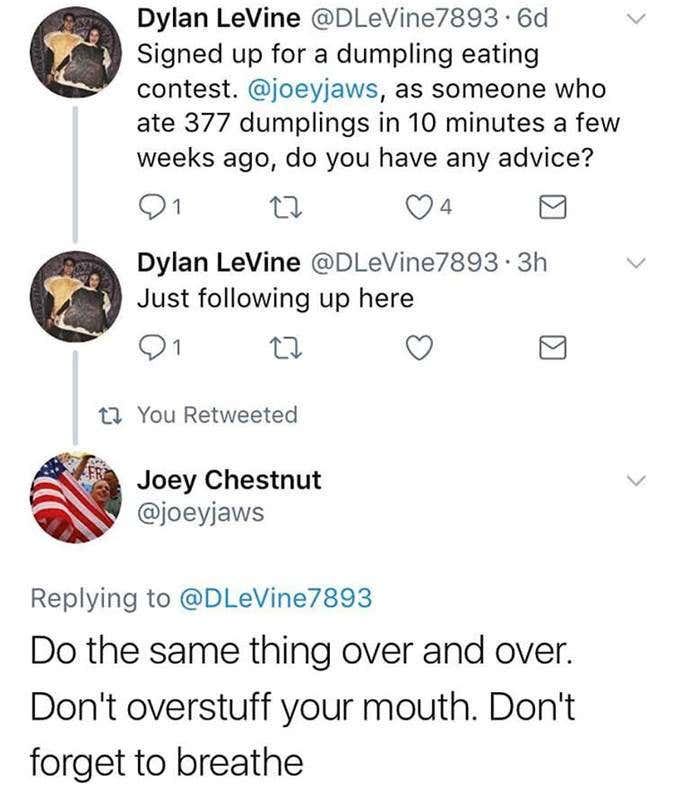 The day of I was extremely nervous as I’ve seen how he eats at a nice restaurant, and could only imagine the savagery he would display when there’s a competition on the line. He grew up allergic to dairy, eggs, beef, peanuts, tree nuts, and fish, so with close to zero food options, he would absolutely inhale the few foods he could eat. Mostly chicken nuggets. Deep down I knew the other 12 competitors didn’t stand a chance...

The good news is he won the contest and the better news is he didn’t choke and die. He is open to competing in future eating contests and I will continue doing my best to prevent it from happening. We’ll be routing for Joey tomorrow!