I know the rules of engagement around Barstool enough to know that this as a direct, coordinated troll attack of DMB fans. Potentially even in my fucking face given that I drafted DMB #1 overall in my 90's music Dog Walk Draft this past week. But even so - even knowing this is an intentional brain sabotage orchestrated by Gaz Junior Chuck Naso and his renegade team of Fordham graduates - even knowing that doesn't help offset the pain of seeing Under The Table And Dreaming getting dp'd by LMFAO and Daughtry cover art. That he's in the same row as Rebecca Black and that Jacob Sartorius is in my peripherals makes my blood boil. 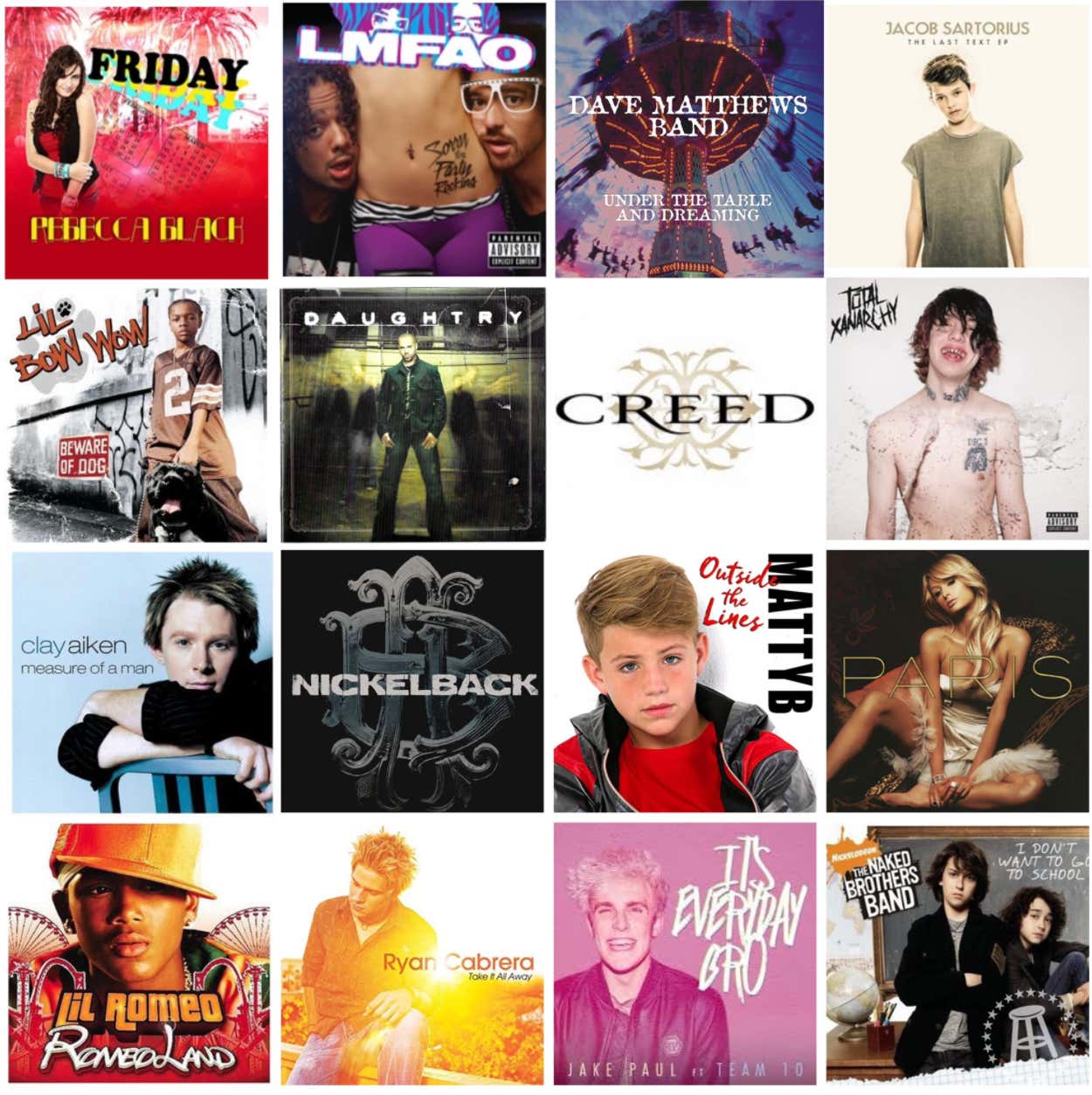 It's just not even remotely funny to try and compromise my trips to Alpine Valley and high school nights listening to Dave in someone's backyard, playing bags for hours and deleting warm beers we stashed in the alley garbage cans. When you say formidable experiences around my generation it's impossible to not have #41 playing in the background. To even try and get me triggered with the likes of Ryan Cabrera isn't just tasteless, it's poor execution. You've only gotten me mildly pissed off, which is actually kind of pathetic giving my affinity for getting pissed off.

So instead I'd like to use this as an opportunity to revisit my love for wearing American Eagle and sneaking vodka into the Tweeter center early 2000's to see Dave. I remember burning at least a dozen different CD's that were basically the same 18 DMB songs in different orders, then leaving one of them in my car's CD player for a solid 4 year stretch. I saw him sell out Soldier Field with my older brother when we weren't even old enough to go to Bears games on our own. But a Dave concert at 9pm on a Saturday for 13 year old Carl? Be home by 1am and don't smoke anything. Then you'd be on AOL or AIM and the girl you liked dropped an Away Message quoting Crash Into Me

That was the good life. And again I know this whole "DMB in the same league as Creed" thing is a troll job. I just want you to know that it fucking sucked and that Dave is awesome. No amount of shaming will dictate otherwise.

PS - being in high school and finding out that my coaches loved DMB and went to his concerts and partied balls was probably a top-5 realization as a young man. Coach Duffy Jr. - "Of course I love Dave. He's fucking awesome. Who doesn't love Dave?"