1. At the time this album dropped, you usually had to do one of two things to go diamond as a rapper: Be white (Eminem) or die (Biggie, Tupac). Nelly decided to go a different route altogether. Pioneer.

2. I admittedly didn't know a ton about St. Louis or who was from there. On "St. Louie", Nelly immediately name dropped Redd Foxx, Cedric the Entertainer, and Bryan Cox. Strong trio.

3. "Country Grammar" is the best song ever about drive-by shootings. Please stop trying to debate this!!!!

5. Even getting Cedric the Entertainer and Lil' Wayne in 2000 on your debut album should have let us know what was coming.

6. 20 years ago, regional rap was king. And that's not a bad thing. A rapper from Atlanta sounded like he was from Atlanta. The same for LA or NY. In 2000, I had no idea how the fuck anybody from St. Louis talked and Nelly showed us the way.

7. This was the first album I remember that you "had" to have in middle school. You needed the cassette tape, the edited version, the 8-track, whatever. But you could not not have this album.

8. I'm a sucker for when one artist/record label has an in-house production team. Whether it's Mannie Fresh doing the beats for Cash Money or The Medicine Men (aka Beats by the Pound) for No Limit Records. The same goes for Jay E, who did most of the production for Nelly's first two albums.

9. Jay E is a better producer tag (Think "MIKE WILL MADE IT" or "SOUTHSIDE ON THE TRACK YEAH") away from getting his proper due.

10. Of course, hindsight is 20/20, but imagine hearing this demo and turning down FOUR SONGS that would eventually crack the Billboard Top 100.

11. 17 songs, 66 minutes is the perfect length for a debut. Three of those are skits, six of em had the homies on the song and one of them had Lil Wayne. Juuuuuuuuuust right.

12. "I'm a sucker for cornrows and manicured toes" is an amazing opening line. Either for a song or at a Fetishes Anonymous meeting.

13. While we at it, what the hell does "EI" even mean??? Was this song about Evan Ingram all along?

14. To have your crew on a third of the songs on your debut album is showing a lot of faith. For them to show up consistently (City Spud on "Ride with me", Murphy Lee and Ali on "Batter Up" and "Thicky Thick Girl") was amazing. I was used to Tupac's friends getting on songs and announcing that you could tell how poor they were by their terrible clothes.

15. Do you ever think about the woman that Nelly saw and wrote "Thicky Thick Girl" about? Like she wasn't just standard issue, run of the mill thick. She was THICKY Thick. I'd watch a six-part documentary on her.

17. Nelly really found the sweet spot of singing on your songs/hooks and not being tested about it because as you recall, his first single was about his love for drive-by shootings. The duality of man.

18. Most albums, debuts particularly, have that song at the end for Mom. And most of those songs I listen to once and never again. Not the case with "Luven Me", which still gets spins over here. 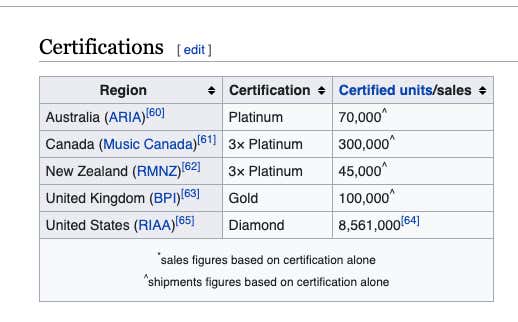 20. What's your favorite line from the entire album? I'll go first. From "Utha side":

Those are the two surnames to show greatness in America. Hell, in this entire world! You've got the first family, the bluest of the bloods. A family that was chock full of politicians, businessmen, and war heroes alike. And then you've got the Kennedys.