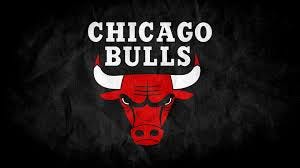 I know, I know today’s all about the Hawks/Preds but lets just take a quick look at whats going on with the other team who plays at the United Center. Tonight is the regular season finale against the Atlanta Hawks who have been far and away the best team in the East this season. They don’t have anything at stake as they’ve had the #1 seed locked up for close to two weeks, but the Bulls have a little bit to play for here if you’re a match up guy.

-With a win the Bulls lock up the 3 seed that will set them up for a series at Chicago North against the Bucks. With a loss and Raptors win they will drop down to the 4 seed to take on the Wizards in a re-match from last years first round.

-At the beginning of the season I had a “anyone but the Wizards” mentality in the first round because of how much the Wizards were completely owning the Bulls. I don’t know what the hell has happened to them since then but they are no longer the team that they were in 2014. That’s not to say that they won’t get their shit together come playoff time but the thought of them smacking us around in our house has gone away and I no longer care about which seed/what team we see in round 1.

-I’m really really tempted to talk about the potential match ups they could see in the second round but i’ll refrain from doing so since that didn’t work out for us so well last season. But if there is a God he’ll let us see a LeBron/Noah staredown somewhere in mid-May.

-With a win this will be the Bulls 16th time winning 50 games. It’s crazy that this mark is still possible considering how shitty they’ve played at times this season. (JK, they play in the East but still they’ve looked really bad in some of those 32 losses)

-In a shocking move Thibs announced that he’ll be going with a 9 man rotation for the playoffs with with Hinrich/Snell rotating in that ninth spot depending on what they need match up-wise. Lets hope the match ups aren’t white guy with glasses who can’t shoot favorable and that we will see a lot of Snellyville. Still a complete curveball that Thibs even let that information out though.

-Last but certainly most important. FOURTY EIGHT MINUTES until the Bulls enter the playoffs with the whole roster healthy for the first time in 3 years. FOURTY EIGHT MINUTES. Of course now that i’ve said that Rose is going to come down awkward trying to block a meaningless Korver 3 ball in the first quarter.

Start getting in playoff mode Chicago. Round 1 breakdown coming on Friday. Go Bulls.