God damn! Forgive me, Father but I have red rover red rover and ran your holy ass over and the crowd erupted like the Backstreet Boys were about to put on a free concert at the beach in Panama City circa 1999.

I am, going to roast in fire. Hittin you, was my one desire. And I know, it’s too late. I shoved you that way.

The priest on the back row was perplexed, flummoxed, and shaken to his core. He went full on March madness surrender cobra in an instant. 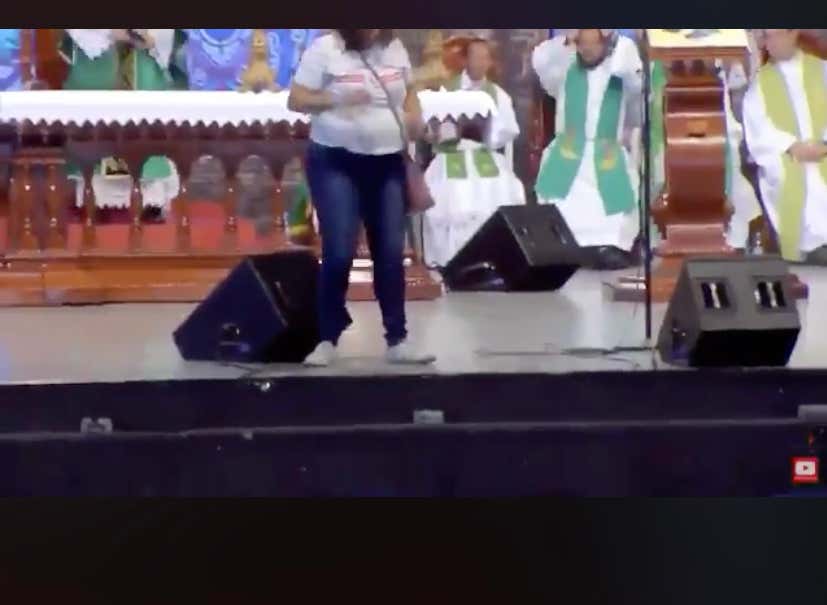 That’s the priestly version of “I can’t even.” Worst part about this for the priest is that he is duty-bound to forgive her if she asks. That’s gotta stink. You shove me in the back like I’m Rob Gronkowski in buffalo and I’ll never forgive you. My emerald clad pal here doesn’t have a choice.

Go with god, my baby girls. Grace to you and also to you, indeed.

Ps: has this been blogged? Impossible to know. I’ve been busy like a bee.