Hard Factor Radio returns with a fresh slate of top stories from around the world and another awesome Breakfast edition of Barstool Debates with a heated battle between Large and Zah.  Breakfast Co-host Pat joins the show again for top stories and to judge the debate. Listen to the full episode on Sirius On-demand by searching Hard Factor.

Ben & Jerry's Freeze Facebook Support -- Noted Social Justice Warriors Ben Cohen and Jerry Greenfield, founders of the iconic Ice Cream empire Ben and Jerry's, have joined the #StopHateForProfit campaign being waged against Facebook.  Activist are calling for the social media platform to crack down on posts that spread hate and amplify racism and Ben and Jerry's will halt all paid advertising to Facebook until the issue is resolved.

Putin's Secret Daughters Uncovered by Soon to be Dead Aide -- A former Putin aide fled Russia back in 1994 and subsequently sued the Russian Government for $12 billion.  Fed up that he obviously lost that and somehow still alive, Sergei Pugachev, the former aide, has now decided to strike again.  Pugachev took to his own website to post never before seen photos of Putin's two daughters that have been reportedly kept as a long time secret. While the identities of the two women have been known, it was never confirmed if they were in fact the offspring of Putin.  Though this may not be a locked-in-a-cellar, never to be seen kind of thing, I still wonder if this shit hits like it would here…or are the Russian people just so in love with/scared of Putin that they just act like he got into some mud and tracked it in the house?

Italian Man Faces Deportation for Selling Fake Leather -- Ciro Gallo, a 54-year-old Italian man was arrested earlier this while on a tourist Visa in Australia.  Turns out, it may be his last tirp to Austrailia, as officials are seeking to deport Gallo for selling fake leather jackets out of the trunk of his Audi.  Gallo was posing as the Director of Marketing for Versace on a business trip and had a business card and ID badge to prove it. When he was arrested, police found 22 fake jackets made from a plastic-like material and a pile of cash. One victim said he was duped by an attractive female into buying a jacket from Gallo for $200.

Next up, the Stoolie/HQ Debate bracket is heating up and today's episode of Hard Factor Radio featured a Barstool Breakfast takeover as Zah and Large faced-off with Pat joining the show as a guest judge.

Zah brought some revolutionary arguments to the table in this round; one in particular that left the group in pure disbelief… 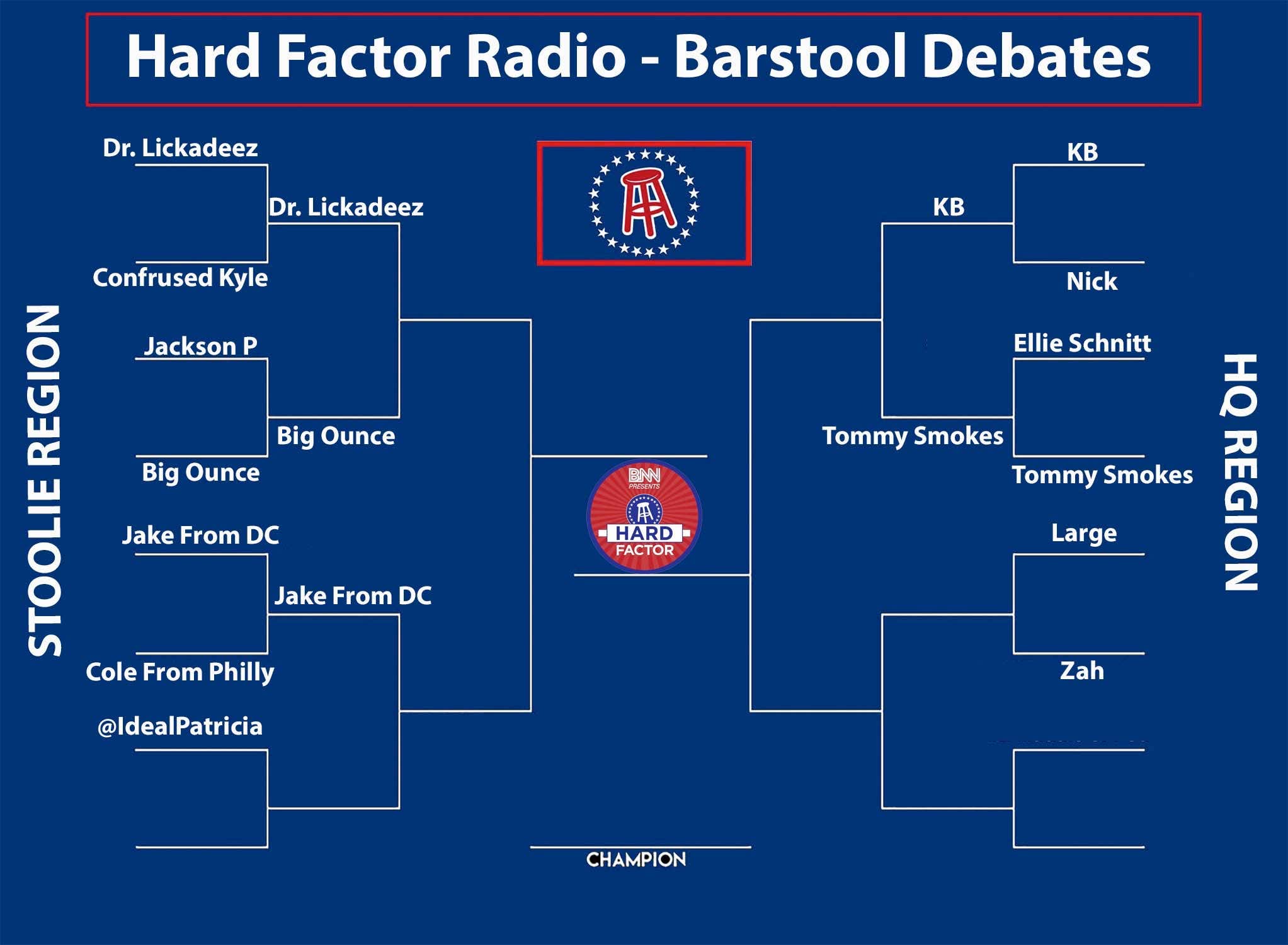 Listen to the full show to find out who won by searching Hard Factor On-demand:

Tune in every Monday, Tuesday, Wednesdays and Thursday at 11 AM EST for more Hard Factor Radio and catch new episodes of the pod Monday-Friday.  Your daily dose of News Cocaine.

Watch today's episode of Hard Factor News the Pod below: