Novaxx Djocovid's father has an incredible ability of saying the worst possible thing at the worst time. This time he's blaming his son's coronavirus disaster on another player [Grigor Dimitrov] despite it laughably being Novak's fault. He claims Grigor brought the virus over from America and gave it to everyone. What a fucking delusional human being. Maybe don't raise your son to become a pseudoscience nut job who doesn't believe in vaccination? The problem actually starts with you.

Here's what Dimitrov's manager had to say in response.

Yeah pretty much sums it up. Sure it's on all the players themselves for accepting the invite and coming to Serbia in the first place, but you absolutely can't pin this whole shit show on one of them. It's on the dude who created the invent with no safety rules whatsoever.

Also no way him hanging out with Jokic in Serbia had anything to do with getting everyone sick. Nope, just a total coincidence that they both got COVID-19 a week later. We blaming this on Dimitrov too?

Krygios has been all over this clown 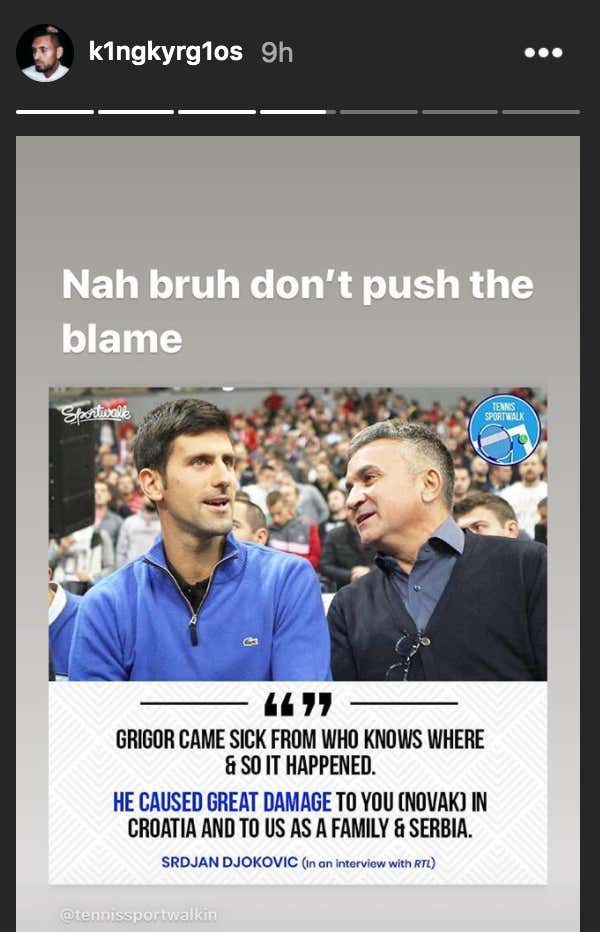 And yes, I already hated Novak's dad because he's a gigantic Federer hater. Fuck. This. Guy.