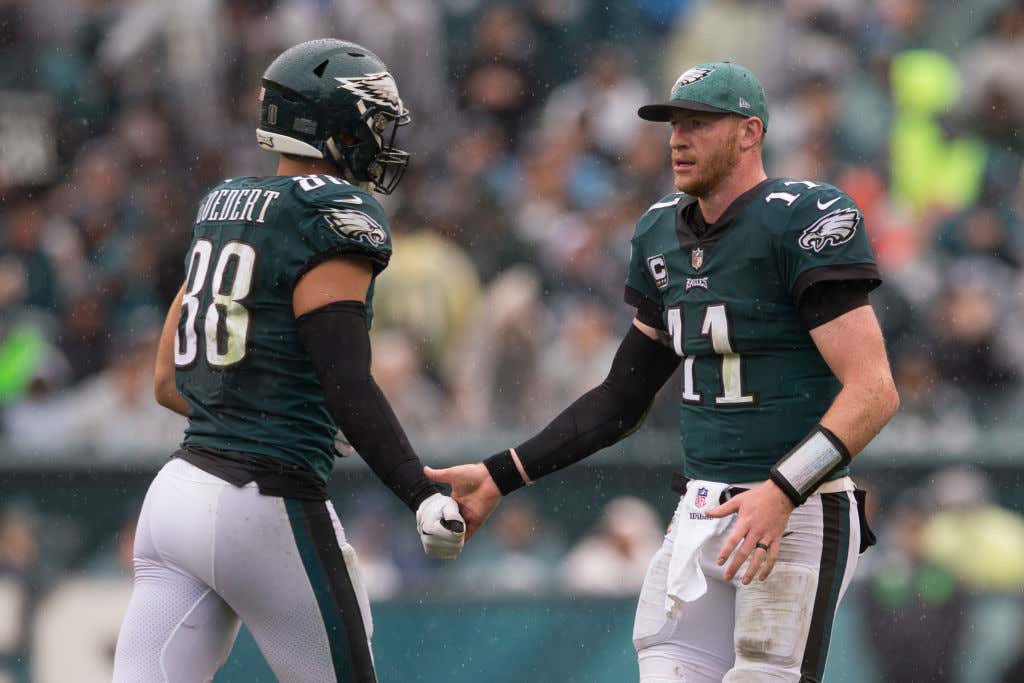 In case you missed it, Eagles TE Dallas Goedert got sucker punched the other night while having a casual 1am dinner with his family at a bar in South Dakota. Now it would be unfair for anybody to question the idea that the Goederts would sit down for a nice family meal at 1am simply just because your family doesn't do the same. The Goederts aren't anything like your family, so you don't know the dynamic there. Either way, the man still got suckered and a sucker punch is always the greasiest low life scumbag shit another man can pull. It takes a man with absolute zero character to just walk up and sucker punch another man. Micropenis energy like you read about. But that's not the point here.

The point is that it's only a matter of time before the narrative starts to change here. At what point are we going to have people calling into 94.1 and 97.5 complaining about how this would never happen if Nick Foles were still QB1 down in South Philly? At what point are they going to start questioning Wentz's leadership abilities and his inability to keep his teammates from getting sucker punched in a bar at 1am in their home state? Or even better yet--at what time are they going to start blaming this on Carson Wentz being "injury prone"? Has that injury proneness now rubbed off to the rest of his teammates? Luckily it seems like Dallas is going to be totally fine here but at the very least, this would have landed him in concussion protocol. Would Nick Foles have sensed this altercation was coming like SpiderMan and hop on the first flight to South Dakota to prevent it? I guess we'll never find out. But that won't stop the assholes in this city from trying to make it seem that way.

But here's the thing. I just hope whoever suckered Goedert realizes that they've now guaranteed that the Philadelphia Eagles men's professional football club is now locked in to be your Super Bowl LV champions. I've never been more sure about anything in my life. You can see the documentary now. It opens up with the Brandon Brooks achilles announcement. Then it's followed up with Dallas Goedert getting punched at a bar in South Dakota. Then you get a speech from Rocky and bam, the Eagles are hoisting that Lombardi Trophy in Tampa. Best Picture nominee for sure.