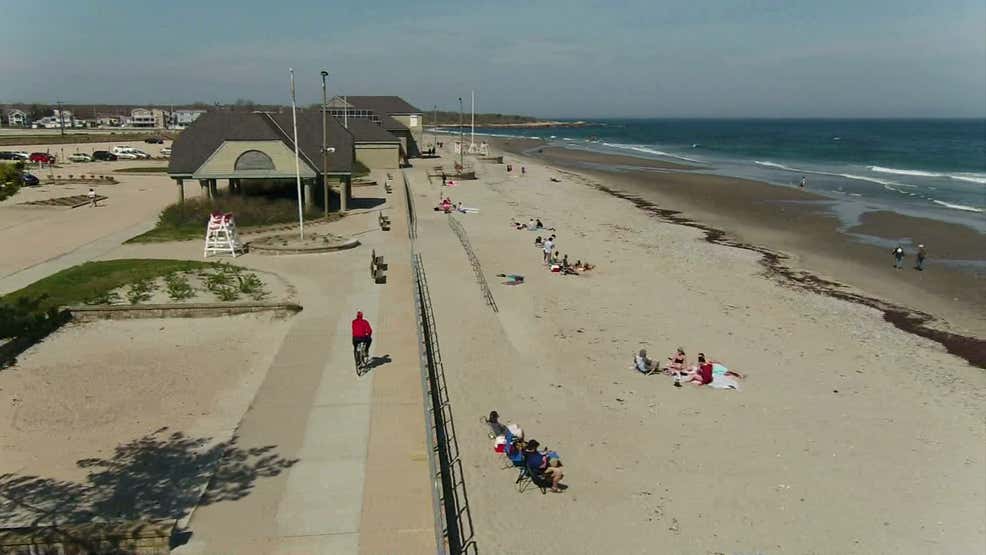 I don't go to the beach often, but a few times a year I’m guilted into making an appearance by you-know-who. It was a spectacular day at Second Beach in Newport (Rhode Island) in July of 2019, with plenty of sunshine and a refreshing sea breeze, but I’m not a big fan of sand, folding aluminum beach chairs, sitting in the hot sun for hours or watching other people’s children fight over cheap plastic beach pails while they dig in the sand.

The best part of my day, by far, is lunch and as soon as I arrive at the beach the clock starts ticking. If you eat too early there will be nothing to look forward to except afternoon fruit, which isn't awful. By 11:45, no one waits till noon, you can see at a glance, all the Ziploc bags making their way out of coolers, it’s like there's a beachgoer’s union. All at once, it’s lunchtime.

Sitting next to us on colorful, reclining beach chairs, were two middle-aged women. They looked enough alike to be sisters. They were both dark-tanned, wearing gold jewelry, had matching manicures/pedicures, were on the heavy side,  and wearing tankinis. Probably not the best choice considering their body types, but kudos to them for being comfortable in their own skins.

The woman closest to us had been chain-smoking menthol 100 mm longs all morning. I always thought 100's were for people who needed more tobacco but were too lazy to light up a second cigarette and that menthols were for smokers looking for something flavorful, almost a food replacement. I could tell by their smooth, synchronized movements, these two women had spent many summers together at the beach.

Just before noon, after finishing yet another menthol long, they cracked open their red Igloo cooler. The woman closest to us took out a really good looking sub. The sliced turkey, lettuce, tomato, and cheese were stacked high and hanging out on all sides of a bakery-quality sub roll. I watched her closely, the whole time comparing her over-sized sandwich to the PB&J  made on store-bought bread, I had waiting for me in our cooler. Her sub looked really good. I was envious.

Out of its wrapper and on full display, I realized how lucky she was to have this sub. She held it with two hands, away from her body, admiring it for a moment before pulling it towards her for the first bite. Her first bite was a big one too; she was not getting cheated that’s for sure. As soon as she had a mouthful, she positioned the sub away from her where she could resume admiring it while she totally destroyed the first bite. As I watched intensely my mouth began to water; I was convinced she definitely had the best lunch on the beach. These women were impressive.

With the first bite gone, she lined up the second. Same big bite, opposite side of the sandwich. As soon as she had it secured she held the sub away from her body again. Even with two big bites gone, there was plenty left to admire.

While her cheeks expanded like the great Armstrong’s belting out a long note, unbeknownst to her, a flock of Seagulls began circling overhead. It seems they'd been admiring this tasty sandwich too. In one swoop by an aggressive gull, the sub was jarred loose from her firm, two-handed grip. You could see both shock and disappointment on her face, the remainder of her sub six feet away and battered with sand. This brought the swarming gulls to their feet where an all-out battle for possession began. 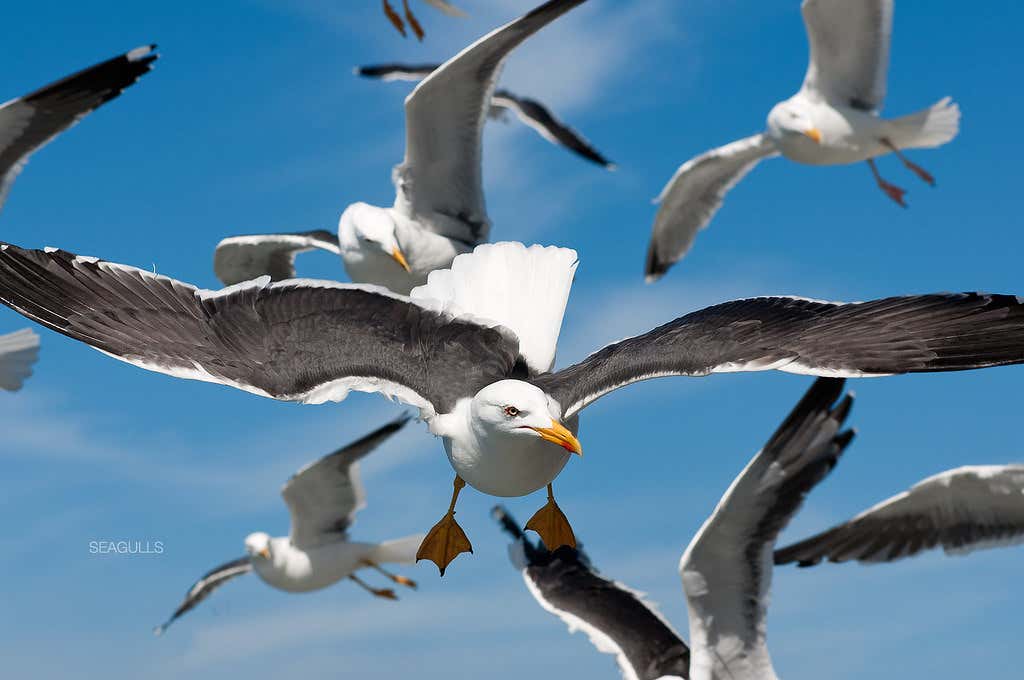 One lucky gull made off with the lion’s share while the others cleaned up the scraps. The woman turned, looked at me, and asked “Can you believe that?” I didn’t dare tell her the truth, that she had flaunted her incredible-looking sub and deserved her fate. I was ready to snag it myself…

I took out my PB&J, which now looked a whole lot better than I anticipated, and while holding it close to my body, not too unlike a gambler keeping his cards close to his vest, I destroyed it while she angrily pounded down the soft chocolate chip cookies she thought were her afternoon snacks.

I didn’t feel too bad; she still had one unopened pack of menthol 100s…