Can I be honest with you guys for a moment here? Can you promise that we're in the trust tree? Because I don't want to say this next thing and then get accused of being a hardooooooo. But it's just that...well...I was expecting a little much more from an AFL fight.

I'm willing to give them the benefit of the doubt here--without any fans in the crowd and having to "social distance" as best as they can out there, maybe these guys just didn't want to be swapping blood with each other in the midst of a global pandemic. You don't want to be caving somebody's skull in while this virus is still out there. So maybe that's why there was more pushing and shoving in this fight than actual haymakers getting tossed. But I don't know. I just figure that all Australians are sick bastards who are always ready to either brawl each other or fight an alligator at any given moment. Maybe that's a little prejudice of me to think of Australians that way, but they've been doing a pretty damn good job at portraying that image to the rest of the world over the past few centuries.

Anyway, I just love this dude over here. 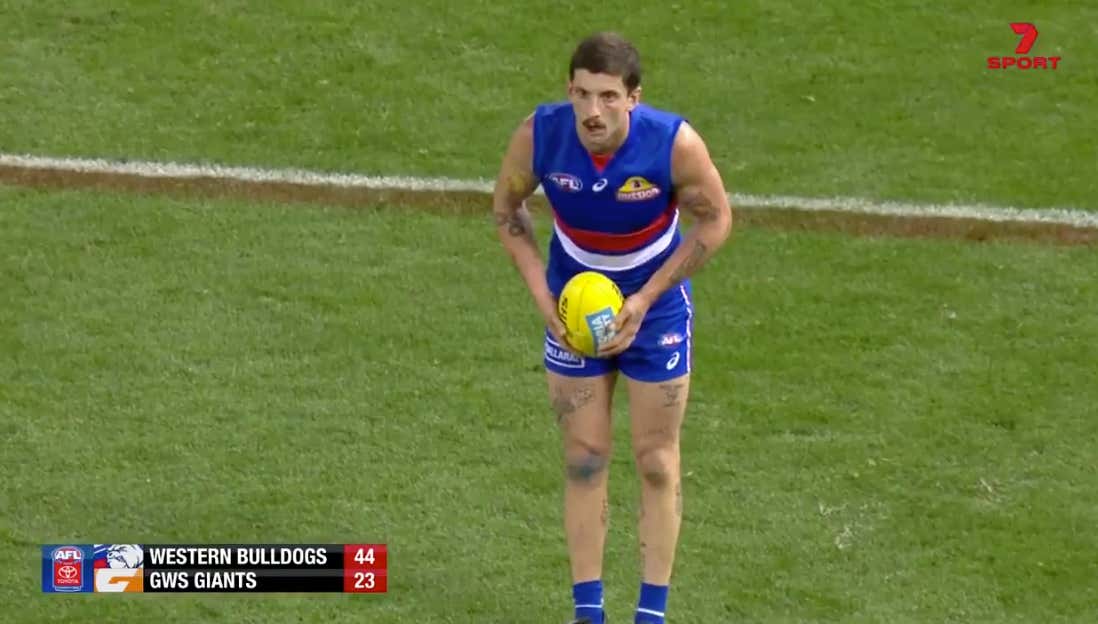 All hell is breaking out on the pitch and he's just like "aye, you cunts. I've still got me some fuckin' points to put up on the board". I don't know how to type in an Australian accent so I don't really know if that translates all too well. But you get the point. Fights going on, this dude quickly remembers that there's still a game to be played, puts some more points on the board, celly time and then it's straight back to the rumble.

His dedication to the game even in the middle of all the chaos is what separates the men from the boys.

But to answer my original question, yes, the AFL certainly needs enforcers. These guys really need to learn how to pull the jersey over the head and then just start force feeding their opponent some uppercuts. Stick, gloves, shirt.

Jordie's Disclaimer: "Wahhh reblog! Wahh reblog!" Check the time stamps. Not a reblog if they were written at the same time but one of the blogs was just waiting to publish.