(RT)--Former NHL star Pavel Datsyuk is reportedly among those holed up at a Russian monastery where a priest has seized control and guarded the area with Cossacks after being told to stop services due to his Covid-19 conspiracy beliefs.

Former Detroit Red Wings star Datsyuk, 41, is said to be at Ekaterinburg’s Central Urals Monastery, where according to local media Shiigumen (father superior) Sergius has taken over after ousting the abbess of the convent.

The power grab comes after Sergius was reportedly banned from conducting religious duties because of his claims that the Covid-19 outbreak was a “pseudo-pandemic” and that it was being used as an excuse to microchip the public.

The priest is also said to have complained that the closure of churches in Russia during the coronavirus crisis was done under pressure from “the atheistic authorities.”

(Me trying to start this blog)

A lot to break down here. Like too much. So much that I can't believe that this website just tried to cram everything into one article because the entire thing is absurd. 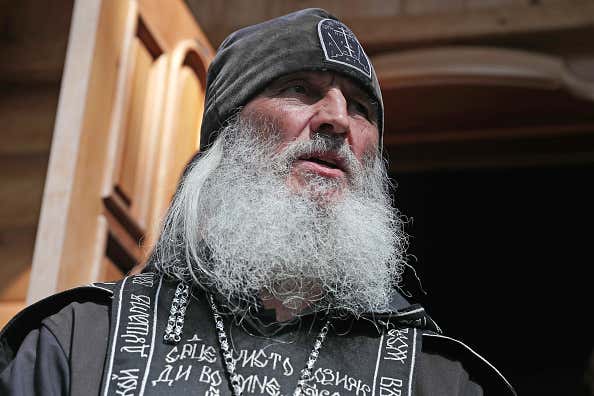 His name is Sergius and he has been described as a "rebel priest". What is a rebel priest? Glad you asked. Well he's a guy who decided to tell the Russian government to fuck themselves when they announced the Covid-19 related lock down on praying to Jesus as a group. So they did the only thing they could do and that was to take control of this monastery by force and have it under armed guard, duh. No press, no government officials, no other religious leaders. Fuck everyone. Everyone accept...

Why Datsyuk? Oh because this Rasputin Priest is his own personal confessor, of course

"He is strict, but also very kind. As before, with my family, we want to come to the Monastery of the Loaves of Bread every Sunday.

"We know that the priest is waiting for me, we can confess to him, take communion, ask him spiritual questions of life, be blessed.

"With the blessing of the priest, many issues are resolved by themselves. I am grateful that God and I gave my family such a spiritual father.”--Datsyuk

This is an interesting power dynamic. When your personal Priest who knows literally ALL of your deepest darkest secrets tells you he needs you to come to his monastery to defend him against the World Government which is planning to microchip the entire population and Coronavirus is all a big scam, well...I don't think you have a choice. You gotta show up. I mean that priest is the dude who holds your keys to heaven. Can't refuse a guy like that. And I don't know how long Datsyuk has been with this guy, but whatever he's doing, it's worked out. He has turned Datsyuk into a fucking wizard on the ice and he's still doing it at age 41 in the KHL

Crazy priest with a personal militia, taking over a church, standing up to the Russian Government, telling the world that Covid is a scam, and he's doing all of it with one of the greatest hockey players in the last 25 years. Just a mind blowing story.