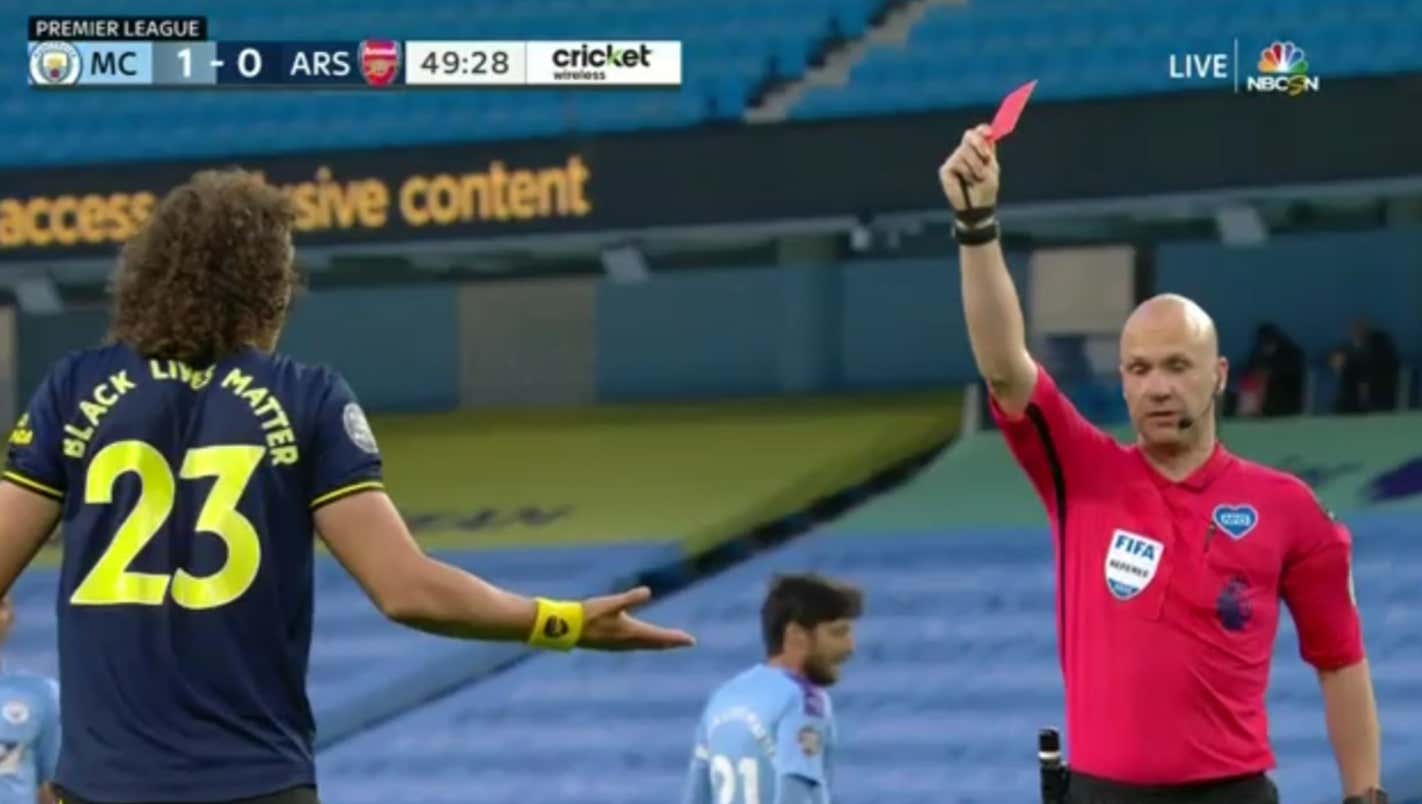 David Luiz's first day back at work was a doozy.

Get to the stadium.

Get brought on in the 20th minute.

Come out in the 2nd half.

Penalty leads to a goal from Manchester City

P.s. David Luiz gets paid 24 million pounds a year. So, yeah, he is supposed to be good.