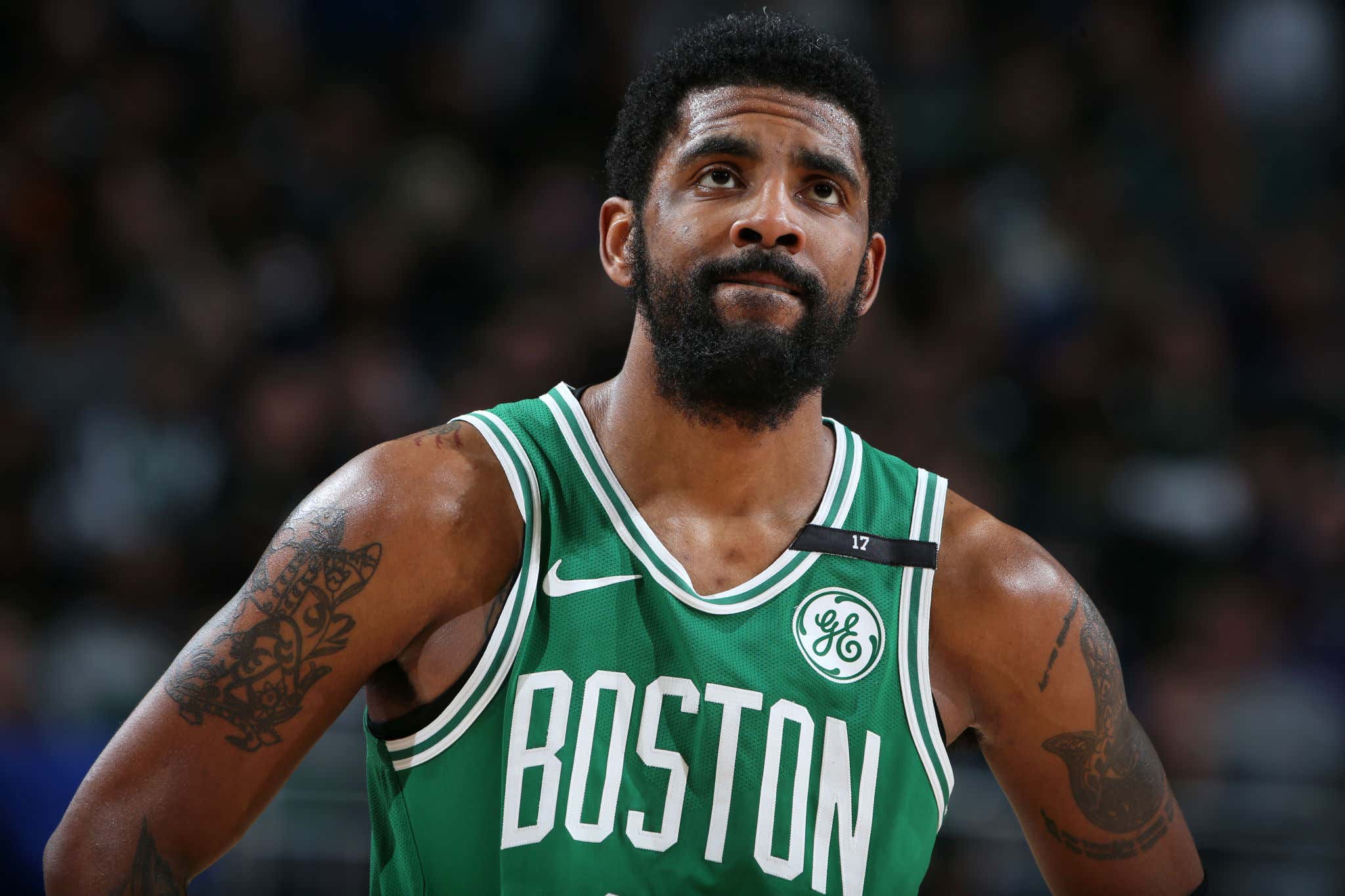 The basketball world is having its way with Kyrie Irving right now. Twitter is getting jokes off, talking heads are going on TV and dragging him, it's nothing we haven't seen before. But you know what isn't happening? Nobody is giving Nets fans any advice on how to deal with all of this.

Well, I feel like I can help there. In fact, I might be the most qualified person on the internet as to how to handle this issue. You see, it wasn't too long ago that I was in the exact spot that Nets fans are currently in. You love the idea of what adding Kyrie to your team could bring. You see his fancy dribbling and offensive wizardry and get caught up in the name and what type of basketball talent he is. You want it to work out so badly you're ready to spinzone anything and everything that is negative. You ignore all the signs because deep down you don't want to accept the reality of the situation.

I know this to be true, because I did it. Every Celtics fan did. We used his comments in October about re-signing in Boston to combat every single piece of evidence that suggested otherwise. We spinzoned his "fuck Thanksgiving" quote. We dealt with his flat earth nonsense or even his "ask me on July 1st" comment once shit started to hit the fan in February. That video of him and Durant clearly talking about teaming up on a team with two max slots? That was just the media trying to spin shit we said. Kyrie dipping a Game 7 at home to get a nose job or some shit for a movie? We rationalized it.

We did that because we wanted it to work. You call every report that's negative fake news while latching on to anything that fits the narrative you want to be true. That's exactly what Nets fans are going through right now. It's basically been a repeat of what we saw in Boston, but chances are they don't want to admit it. For example

- Basically thinks his teammates stink and wants to bring in other stars.....check

- Shows flashes offensively with intoxicating performances that make you feel like you have a real championship piece....check

- Gets injured and misses the playoffs....check

- Says outrageous shit that turns into a media shit storm and a huge distraction....check

I mean that was exactly what we saw during his Celtics tenure. But here's the thing. The Nets and their fans are dug in and I guarantee they don't want to see the reality. I know I didn't. It was much easier to spin it as Kyrie vs the world and that there was this ulterior motive to make him out to be a villain. You get defensive about it as a fan. Sadly, that's just the denial creeping in.

When Kyrie decided to come to BKN, you told yourself that THIS was going to be different. Again, I know that to be true because we did the same thing once he put out a commercial about how much being a Celtic meant to him. Who cares about how things ended in CLE and BOS, now he was with KD on a team they both chose. Well, it took one season for you to see that no, nothing is different. This is what you get when you bring in Kyrie. Doesn't matter if it's through a trade or a free agency decision. As a Nets fan you were probably warned about this, but you brushed it off as someone being jealous.

So here's my advice. Just accept it. Don't get triggered online trying to defend the drama. Don't waste your time trying to spinzone what's happening. It's not only exhausting, but deep down you know you don't believe it. Chances are the same Nets fans that were getting jokes off while this was happening in Boston are singing a different tune today. This doesn't mean that Kyrie isn't an incredible basketball player who can absolutely be a legit #2 on a title team. It doesn't mean that with Durant back this team can't still win a shit ton of games. But let's not pretend that this is all just made up bullshit. It's not.

I wouldn't say we're at the point where you need to start worrying about Durant's player option in a few years or anything like that, but it's also fair to say that to this point, Kyrie has done more harm than good as a Net. The team couldn't win with him on the floor (8-12 in games he played) despite his gaudy offensive numbers, and now you have all the same old drama to the point where it's OK to wonder if the juice is worth the squeeze. Especially with how promising things looked last season for BKN.

I hope any Nets fan out there doesn't take this the wrong way. I'm not saying this out of jealousy, Kyrie leaving Boston was the best thing that could have ever happened. I just say this as someone who lived exactly what you are currently going through and spent 2 years doing nothing but spinzoning his bullshit because I didn't want to accept it. Something tells me you know what I'm talking about.