On today's Pardon My Take, one of the most notable guests synonymous with the podcast joined the show: The BOAT, Blake Bortles. The soon-to-be-signed NFL free agent previewed the upcoming 2020 Blake of the Year competition, a Q&A with Billy Football, and, of course, we brainstormed some ways to help get Blake signed before the season gets underway in a few months. Below is a master list of the attributes Mr. Cat, Mr. Commenter, and Bortles came up with, and we are sure one of these is going to be a big reason why he gets signed.

Elite Holder - Bortles is currently spending the offseason as the backup QB for Coach Gus Duggerton and the Tennessee Volunteers. All the kicks that he has been on the field for this season have been successful, with the exception of one intentional miss from PFT Commenter, who didn't want to have to deal with the pressure of a perfect season down the stretch. 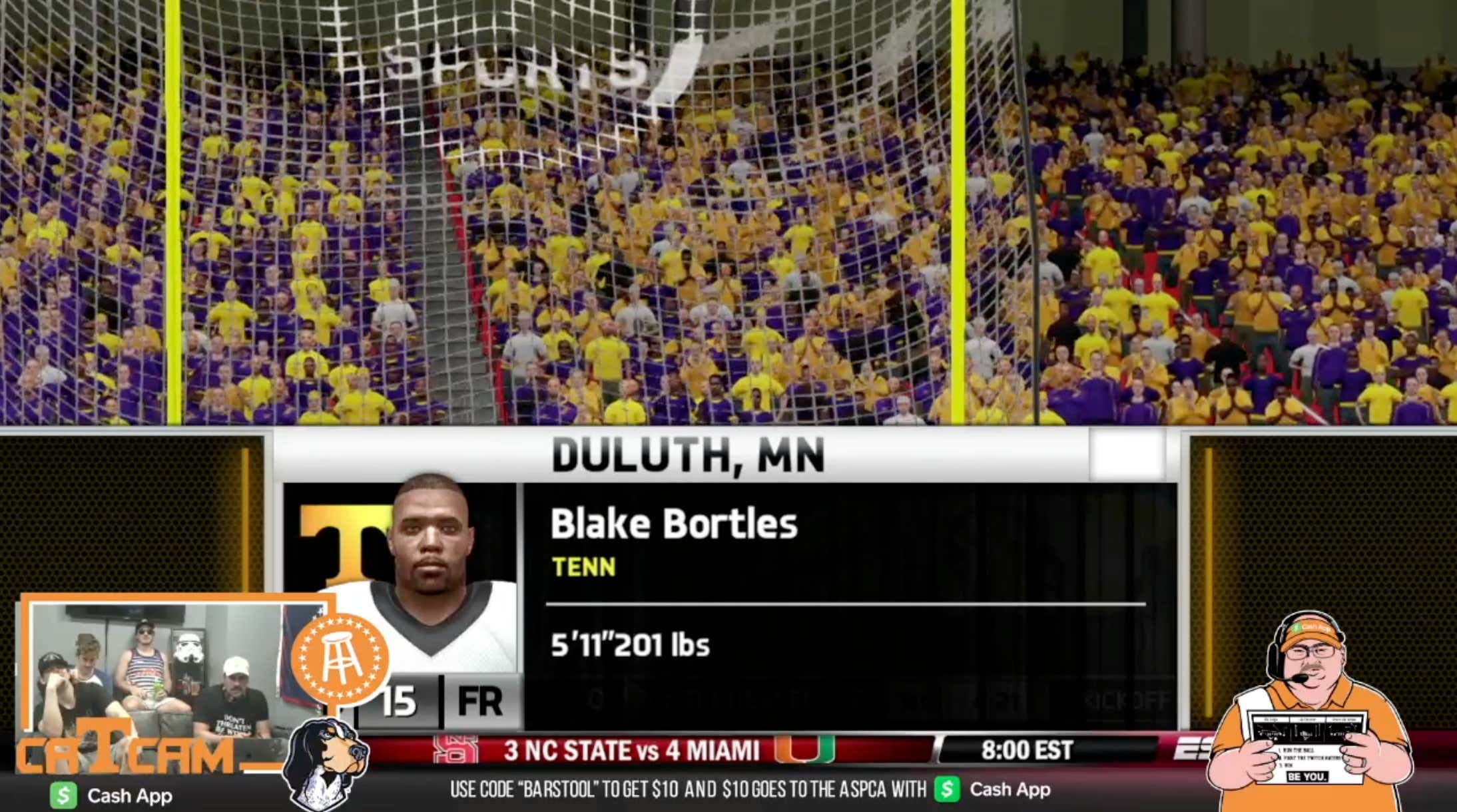 Fantastic Teammate - Bortles' former teammate in Los Angeles, recurring guest Jared Goff, has a notable obsession with the Fortnite video game. Could this have been a distraction last season and a reason why the Rams failed to return to the Super Bowl? Well, as the backup quarterback, Bortles admitted on the pod today that he overtook Goff's addiction since he had some more free time. If that's not the pure definition of a selfless teammate, I don't know what is.

Phenomenal Breath - After signing a big extension with the Jaguars a couple years ago, former teammate Leonard Fournette congratulated Bortles, while also criticizing his bad breath. But that's sooooo 2018. It was confirmed on today's show that the UCF alum went to the dentist to get his halitosis fixed. His future teammates will NOT have to worry about that in the huddle. He is on a strict Tic Tac and gum regimen as well.

The Ability to Rock A Ponytail - This is an attribute that Mr. Commenter is certain will be the one which gets NFL GM's to buy in on Blake. Bortles also said on the show that he would have no issue growing out a ponytail, since the sides of his head grow pretty quickly.

COVID-proof - Understandably so, there are going to be some strict protocols in place this season if and when a player tests positive for COVID-19. But according to Mr. Cat and Mr. Commenter's plan, Blake Bortles will be there if someone else is unable to take the field. Should the BOAT test positive for the antibodies, he will unofficially officially be named, "The QB who can't get COVID this year." A team can then call Blake immediately to have him play for them. That is, if he answers the phone, unlike in the 2019 BOTY competition *buh dum tss*.

Willing to Play Tight End - While with the Rams last season, Bortles said that he would get out early to practice with Jared Goff and run some routes with Goff as the QB. When Los Angeles Head Coach and recurring guest Sean McVay would walk by, Bortles hoped the man at the helm would take some mental notes. Unfortunately, he got nothing out of that. But he is open to the position change and is still floating the idea around people.

Pooch Punt - Although he admitted that Mr. Commenter's pooch punt may be better, Bortles said that his execution is "not bad" and "serviceable." Is every other QB signed to a team right now better than that? I highly doubt it.