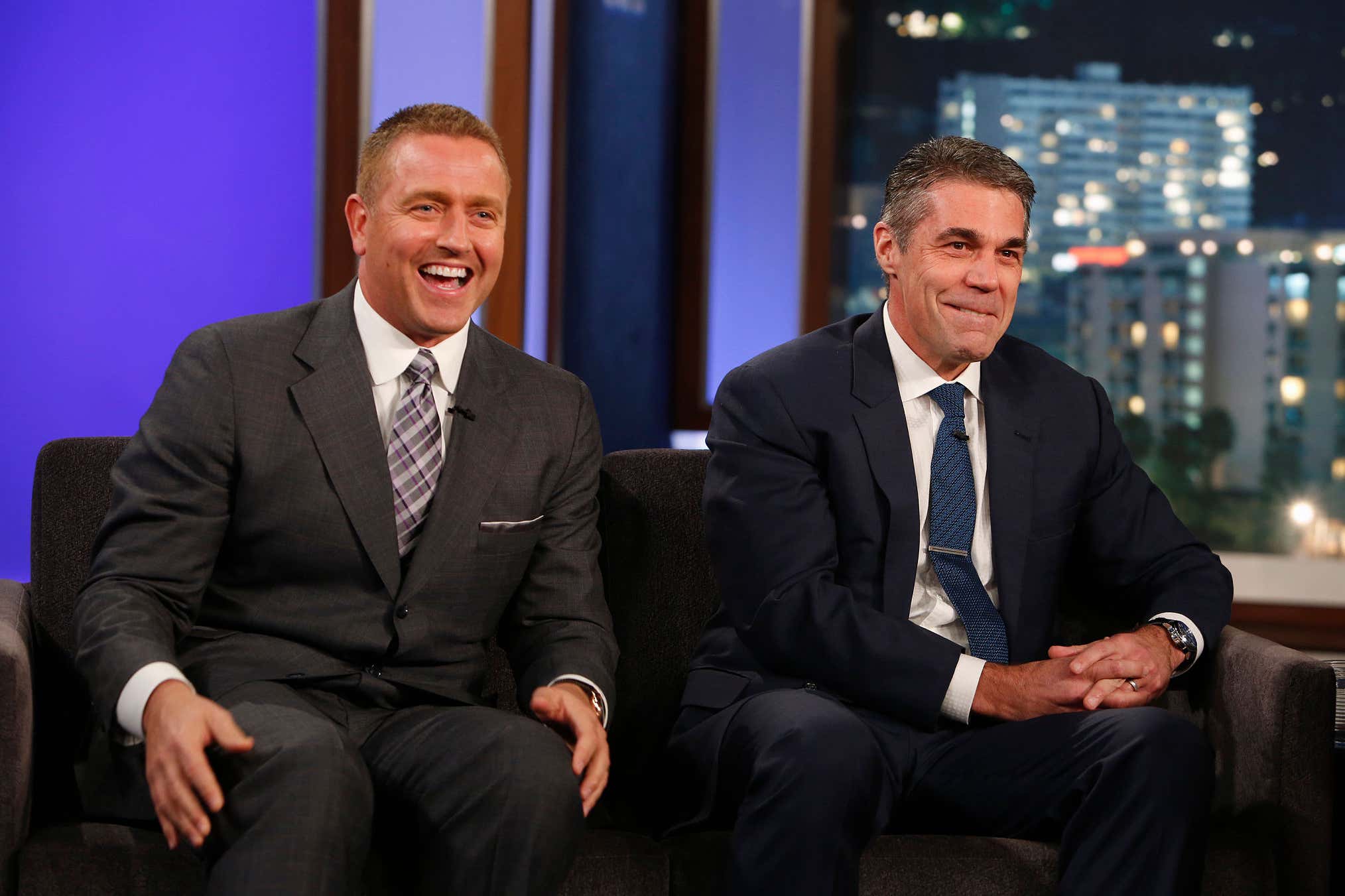 ESPN's top college football team has previously been mentioned as potential replacements for Joe Tessitore and Booger McFarland in the Monday Night Football booth, and it is now being reported that could at least be the case if there is a delay to the start of college football season.

On the other hand, if college football kicks off on time this fall, ESPN would likely keep the college duo in their primetime perch on “ABC’s Saturday Night Football” – and pick a new “MNF” team from a shortlist of internal candidates, including Louis Riddick, Dan Orlovsky, Pat McAfee, Steve Levy, Dave Pasch, and Brian Griese.

College football losing Fowler and Herbstreit permanently would be a huge blow, particularly with ESPN obtaining the right to the current SEC on CBS package, but it doesn't sound like that's in the cards for the network. Even a delay in college football season sounds unlikely right now, but in the event that comes to fruition, it sounds like the move to the NFL booth would be temporary for ESPN's top college duo.

I get the idea that Fowler and Herbstreit are the top booth at ESPN and Monday Night Football is a $1 billion a year property, but it would feel really weird to have those two calling NFL games. I guess Tessitore made the move from college to pro — not very well, however — but Herbstreit is entrenched in college football.

Regardless, I don't see this being a major issue, as college football has made every effort to not only start the season on time, but play in front of stadiums full of fans. Most schools already have players back on campus going through workouts and a preseason camp schedule was approved by the NCAA last week.

But, if worst comes to worst, we might see Herbie and Fowler calling Steelers—Giants in Week 1.