Mens Health - In the X-Men movies, Wolverine (Hugh Jackman) is most commonly depicted with his claws coated in adamantium, the unbreakable metal that is grafted onto his entire skeleton — and Hobson's initial attempt followed this design. But as fans of the original comics will tell you, the character's original claws are actually made from bone, as seen in X-Men Origins: Wolverine and Days of Future Past. Dafne Keen sported similar bone claws when she played the young mutant Laura in the 2017 movie Logan.

YouTube's Hacksmith, aka James Hobson is known for creating fully functional real-life replicas of iconic movie weapons, from Thor's mighty hammer Mjolnir to Iron Man's Endgame gauntlet to Kylo Ren's lightsaber. For his latest "Make It Real" project, working without his team during quarantine, Hobson decided to craft an updated version of one of his first-ever creations: the mutant Wolverine's famous claws.

Almost slipped one by us here.

But we've seen this one before.

And the first version was better.

And you never forget your first. 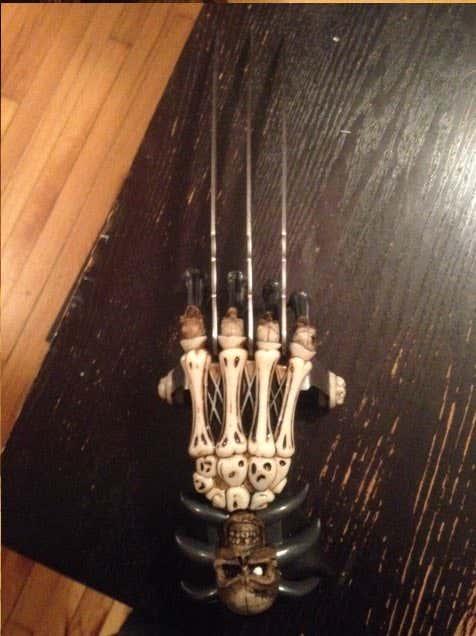 Big Cat- So if you remember a few weeks ago when I was depressed about Football ending and I ordered a Hand Claw. Well it finally arrived, and it is DANGEROUS. I put it on and within 2 minutes and almost killed myself and my dog. Bad news. I don’t know if its my small hands or if its the fact that my dad never taught me how to properly maneuver a Hand Claw but I am at a moments notice of killing a lot of things when I put my claw on. The blades are sharper and longer than I thought. Not to mention it didnt come with a manual or anything. Like I’m not saying I’m one of those nerds that goes through every page of the Ikea instructions but when I get a Hand Claw I wouldn’t mind a couple pictures to show me how to not to stab myself to death. I don’t think that’s a totally unreasonable request.

Maybe I’ll just walk up and down the street, really send out my Hand Claw Vibe. People will see me and say, “there goes Big Cat, the guy who refuses to take off his Hand Claw, what a badass”. Not a bad reputation to have if you ask me.

The good old days. Time to end the blog before I get all sentimental.