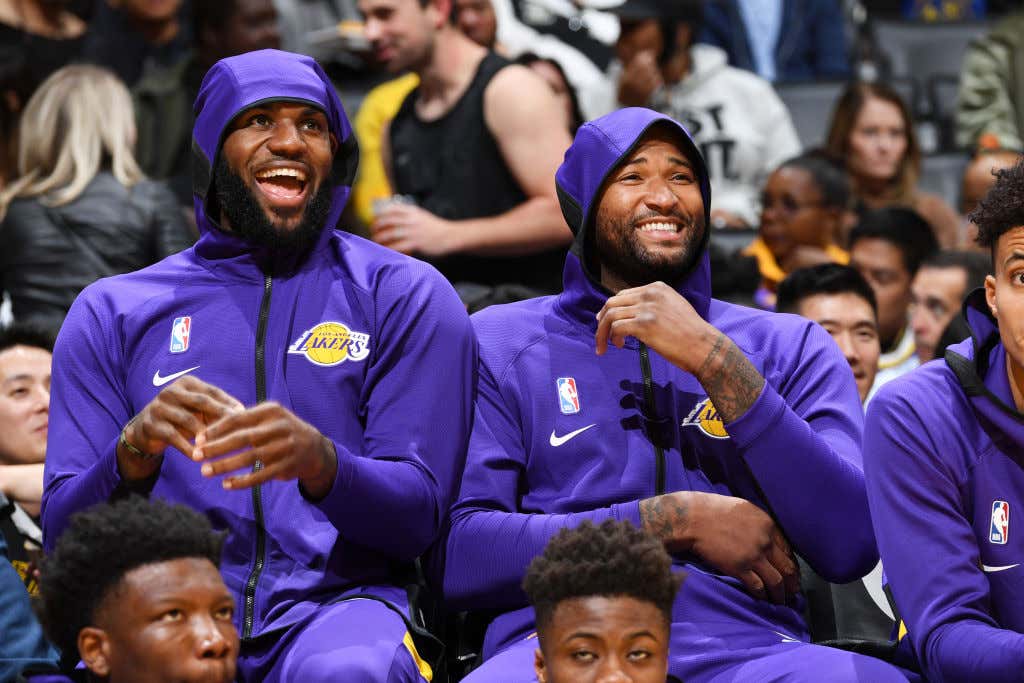 As the days have gone by and we've been given more and more nuggets about what a potential return to action might look like, one of the topics has had to do with what that roster construction might look like. There's talk of replacement players if someone gets sick or injured, stuff like that. Well one of the requirements was that in order to be eligible to be one of those players that are added to a roster, you had to be signed to an NBA, G-League contract, or training camp contract this current NBA season or last.

Someone that doesn't have to worry about that is Boogie. Remember he was on the Lakers until they released him in February to make room for Markieff Morris, but now if the plan is you can bring 17 bodies instead of 15, I'm pretty sure this means that Boogie could sign with any of the 22 Orlando teams if they were interested. There's also this to consider as well

Boogie fits that criteria as well since he was cut before the hiatus. So when you think about who could potentially bring him in I think the obvious choice has to be the Lakers right? I think for me that would obviously be the leader in the clubhouse, but there are some other teams in the top 22 I think would be interesting

They have Marc Gasol and Ibaka for most of the heavy lifting and Chris Boucher has shown flashes, but who knows what Gasol might look like once we're back. He's certainly on the back 9 of his career. It's not like they would need Boogie to play heavy minutes, but he would give them a pretty solid frontcourt if he made his way to the Raptors. That way you can keep Gasol's minutes down in hopes they make a deep run. He was so important to their championship last year, it's something to think about

What better way to stick it to your in city rival than to snipe a big that used to be on their roster that they probably have interest in? Like TOR they have two legit bigs in Zubac and Harrell, but the Clippers could still use all the size they could get. Especially if they are going to have to deal with the size of the Lakers in the WCF or something.

They might be the one team in the East that needs size the most, but I'm pretty sure Brad wants no part of Boogie dating back years already, so I would be flat out shocked if this happened. But in terms of big man depth, is it weird to say Boogie would be the best backup center option this team has if he's healthy?

When you look at their second unit the only legit big they have is Nerlens Noel, who isn't exactly going to blow your dick off offensively. You could play Boogie at the 4 and Noel at the 5 if you want on that second unit. That's decent Steven Adams insurance to in the event he gets into foul trouble.

I know the Rockets downright refuse to have a player over 6'9 on their roster, but part of me thinks having someone like Boogie on board in the event you are playing against a team that can go super big wouldn't be the worst thing in the world. What does that team do if PJ Tucker gets into foul trouble? I feel like the Rockets are going to be super motivated to change the narratives surrounding their best players, and Boogie is also someone who could benefit from a narrative chance so maybe he'd be motivated.

At the end of the day though, I think we all know he's going back to the Lakers. If they were interested, why wouldn't he. So if you had to take a guess, where does Boogie end up?