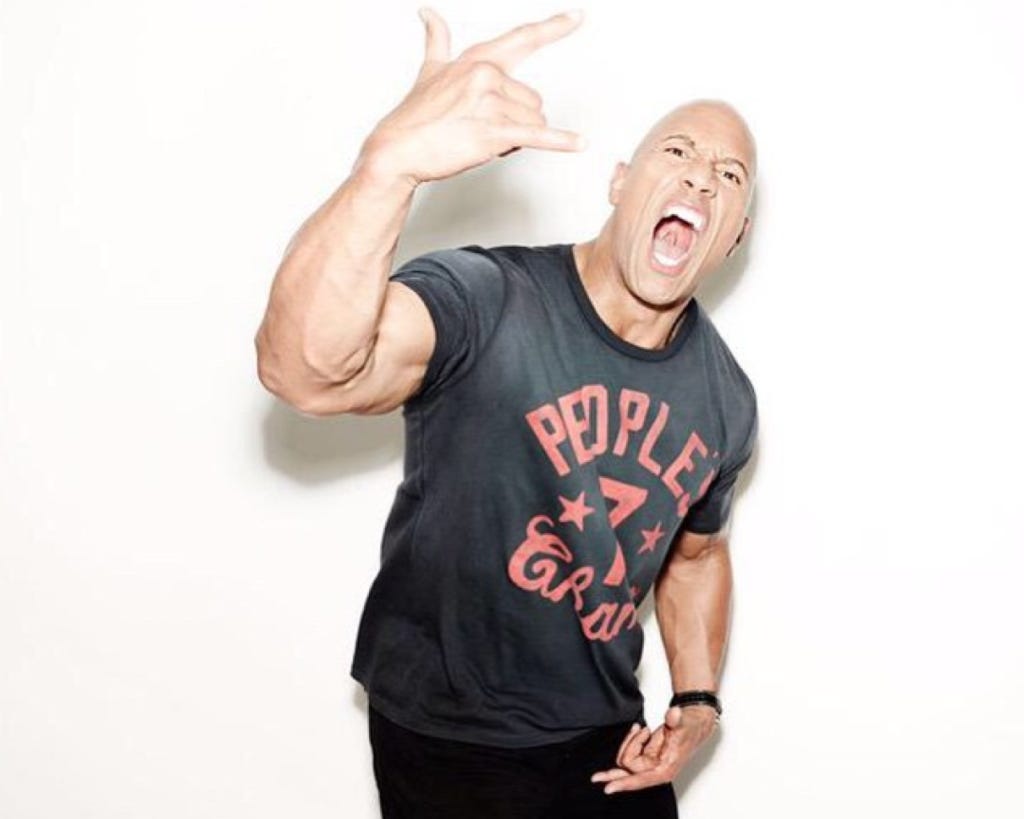 FiveThirtyEight – Like many people on the Internet, those of us at the FiveThirtyEight office have been passing around…Dwayne “The Rock” Johnson’s daily food plan, which was chronicled in Muscle and Fitness.

It’s a remarkable eating plan. The 42-year old actor consumes pounds of animal protein to maintain his immense bulk — his seven daily meals include a total of 2.3 pounds of cod and 12 eggs, plus steak and chicken — but he also manages to eat two potatoes, some vegetables, rice, and so on.

The average American man in his forties consumes 2,734 calories daily, according to data from the USDA. Johnson eats roughly 1,000 calories a day in cod alone. Annualized, Johnson eats about 821 pounds of cod per year. According to FishChoice, Pacific cod goes for $1.75 per pound, meaning Johnson spends roughly $1,400 per year on cod. As all our cod consumption slowly progresses past sustainable levels, let’s all consider Dwayne Johnson uniquely responsible.

How fucking tremendous is that? I get we’ve been sucking The Rock’s dick a lot here this week but this is genuinely one of the most amazing stats I’ve seen come out of FiveThirtyEight since ESPN took them over. And while the sheer mass of food is insanely impressive, the fact that cod sustainability is taking a hit and he’s just eating them into extinction? That’s some apex predator power move shit that I can’t even wrap my head around. The food chain starts and ends with The Rock and all I know is I don’t want to be around when there’s no more cod meat left to eat.

All that said, I’m a little offended on behalf of The Rock that this writer thinks he’s buying some basic bitch cod at $1.75 per pound. If you think The Rock isn’t pounding the finest cods money can buy, you’re sadly mistaken. That cheap ass cod sounds more like the type that’d be in a deleted Smitty blog.

Reminder: This is also The Rock’s cheat day. Being a gigantic muscular juggernaut who can eat anything must be the BEST LIFE. #fitfam goals