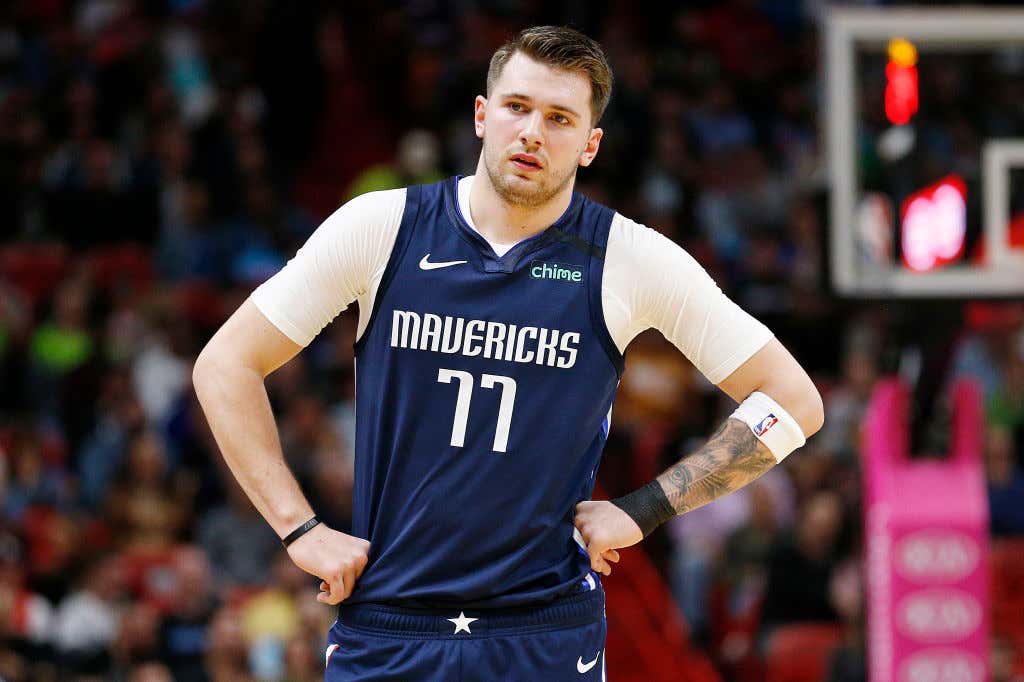 (Mavs Money Ball) - It’s been four months since the NBA suspended its 2019-20 season. Now, games are scheduled to resume at the end of July. With training camp looming, Dallas Mavericks Star Luka Doncic’s conditioning isn’t where it needs to be, according to his trainer.

“He is not in the best shape, which is normal,” Jure Drasklar said, as reported by the Dallas Morning News. “NBA games will not be played before the end of July, so there is enough time to help him recover and get ready. … However, he undoubtedly would be ready to play right now.”

Soon after players could leave their home markets once the season was put on hold, Doncic returned home to his native Slovenia. He’s been quarantining there ever since.

You know how PTI plays that game "Big Deal, Little Deal, No Deal"? Let me begin this blog by saying this is a "No Deal". The league isn't back for another 51 days, that's plenty of time for Luka to get into game shape. You can also bank on the fact that he is not the only NBA player right now who is not in ideal shape. I'm sure every team is dealing with that. But here's the thing. NBA Twitter has been foaming at the mouth to see who looks fat and who looks ready coming out of quarantine. We were thrown two curveballs when some of the leaders in the clubhouse actually look like they lost a ton of weight

so when we hear a quote about a star like Luka not being in shape, the internet is going to run with it. That's just how things work. I'm not sure if something got lost in translation or whatever but if I'm Luka I don't love my trainer saying shit like this. Even if it's true and things are even worse than what he made it sound like, you gotta keep that shit under wraps. Just say he's looking like the same old Luka and is getting his conditioning back. The second you utter the words "he's not in the best shape" you're most certainly not helping.

The good news is Luka has always played while being a little thiccccc and it hasn't been an issue whatsoever. Might I remind you he's basically averaging 30/9/9. Luka is the type of player that 100% comes in last in every running drill/suicide that the Mavs do, but then once the game rolls around he can play 40 minutes no problem. I can relate to that big time. Ask anyone I played with in high school they'll tell you I wouldn't be caught dead finishing anything other than last in sprints. Not my thing. But you get me in a game and I can play forever. Maybe you were that same kind of player. We're out there. Only the try hards were good at sprints. Grow up. There's absolutely a difference between game shape and sprinting shape in my humble opinion.

So if I was a Mavs fan, on some level I wouldn't love hearing this news even if I knew deep down it meant nothing. At a time like this while we are all waiting for the league to get back you want nothing but positive news. You want workout videos of your favorite players looking like they haven't missed a beat. It's not even like Luka has to lose a ton of weight to be the same old Luka we know and love either. I can't imagine he's all that different from the player that looked like this

and that dude was very much a problem.