Sure hope this is real because there’s nothing funnier than stupid little kids getting tricked into stupid stuff.  Ya know, because they’re idiots.  “Honey!  You know that magical place where Harry Potter goes to school and you love so much?  Well you just got accepted to go to school there!  All your dreams are coming true!  Pack those bags and get ready.  Train picks you up tomorrow”  And she fell for it hook, line and sinker.  Believed it for every second. She thought she had just punched her ticket onto the Hogwarts Express and would be practicing magic with Harry and gossiping with Hermoine in no time.  Oh sorry, sweet heart.  It was all a joke. You’re just gonna continue living your normal stupid life.  Big fan of this girl’s Dad.  BIG fan.  He probably thought it up the night before and could barely sleep. Then dropped the hammer on her the morning of April 1st at breakfast.  The emotional version of JACKED UP.  He probably didn’t have any idea she’d believe him and thought it would pass quickly and that makes it even better.  Years later this chick is still pissed about.  Stupid kids.

I’m also happy to report that years later her Dad is still twisting the knife about it. 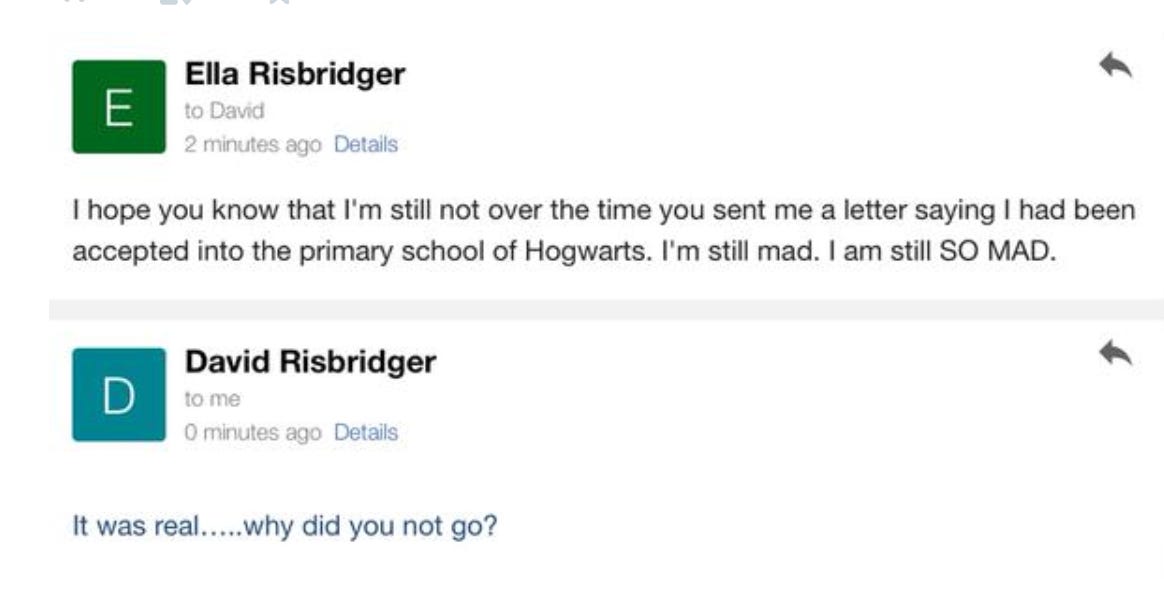