Perfectly executed joke aside, just how in god's name does James Conner plan on fitting into a jersey this year? Like that back is super impressive and everything but practicality? Throw that shit out the window because unless the NFL goes to a shirts vs skins type of situation, I don't see how he ends up on the field this year.

Here's James Conner when his back doesn't look like he's been training to cosplay The Mountain at a Game of Thrones convention. 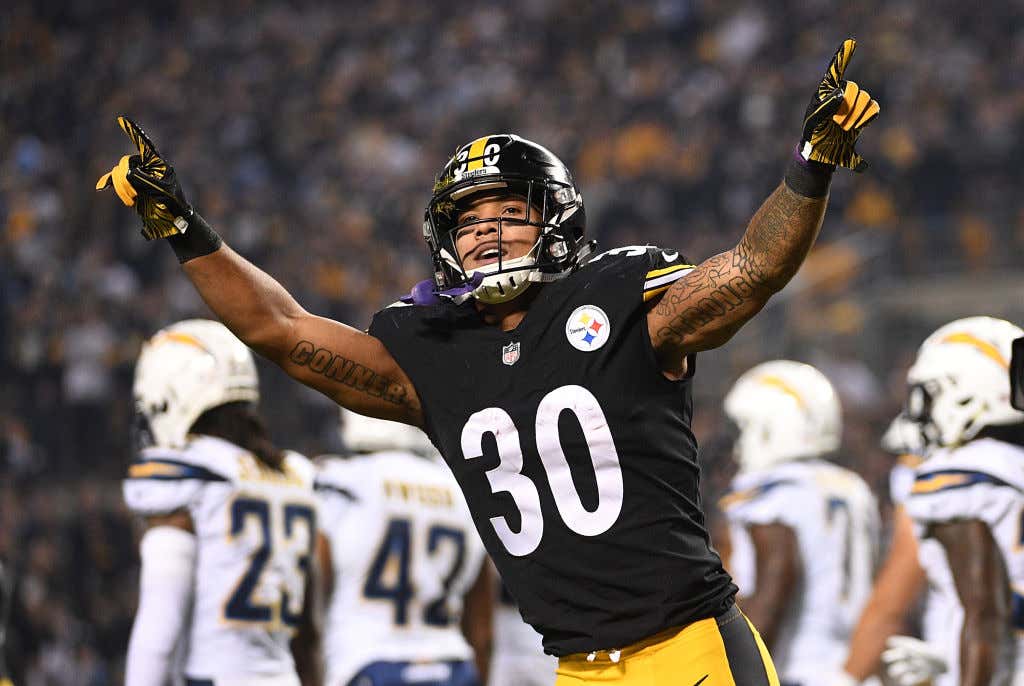 That jersey isn't necessarily skin tight or anything, but there sure as shit isn't a ton of give to it either. And why is that? Well because for starters, this isn't the early 2000s anymore where bagging clothing reigned supreme. And secondly, he's a running back so he needs to be pretty aerodynamic out there. He can't be wearing an XXXL jersey out there and having it act like a parachute. Sure, Big Ben can definitely block some of the wind and he can catch a solid drift off of him. But that only gets him to the line of scrimmage at best.

But that might be what he has to do now unless he gets himself a big ol' belly to even out the fit. You see that, kids? That right there is why you really should never workout. You're only creating more problems for yourself.

By the way--if I were James Conner, the only time I'd be wearing a shirt would be on Sundays during the season. Must be nice to have a body where you can just pop the top off at any given time.