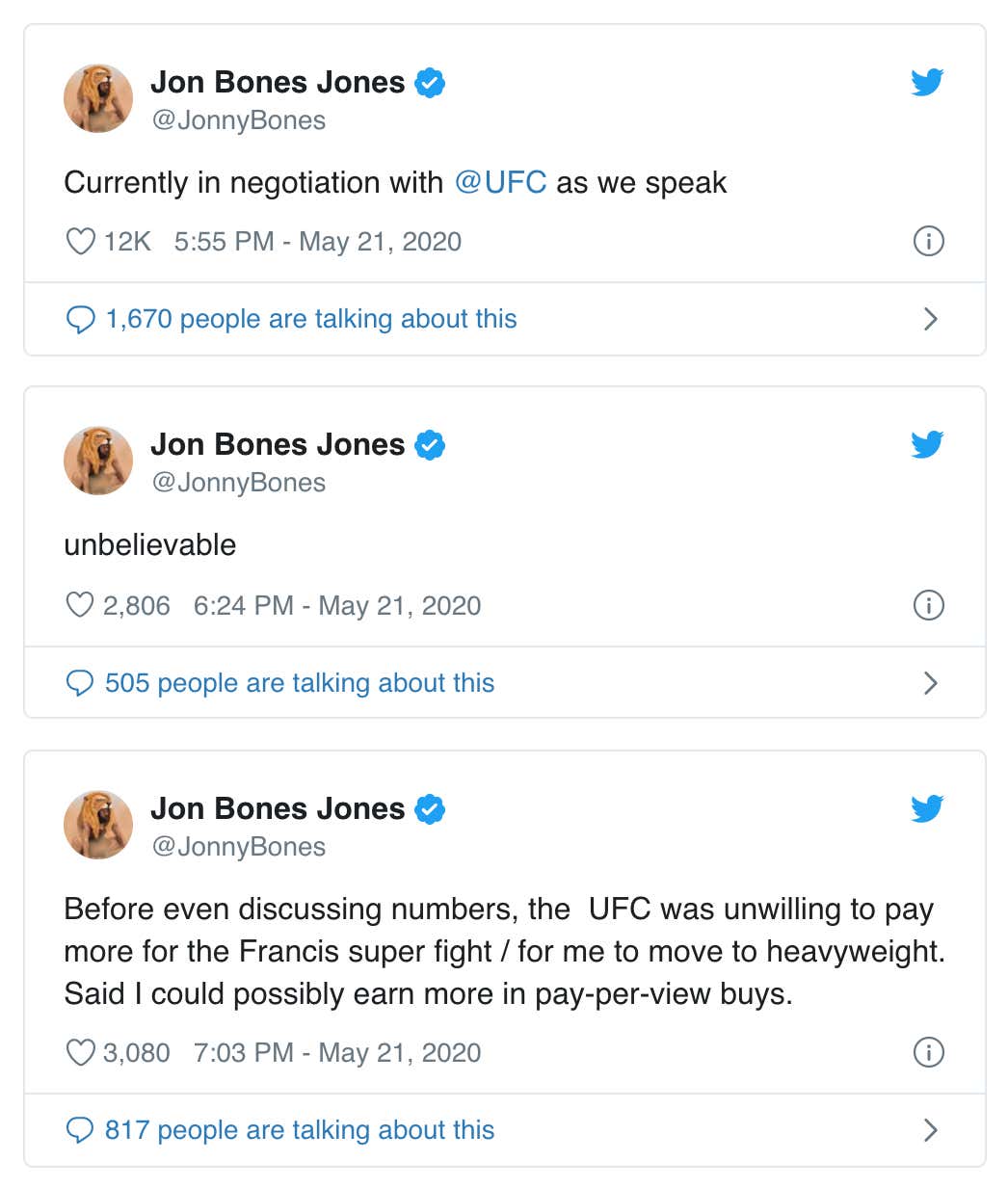 Welp - looks like the Jon Jones/Francis Ngannou superfight we've all been begging for is dead...as of now.

In a pretty refreshingly honest manner, Jon Jones just pretty much live-tweeted his way through fight negotiations, and it sounds like because the UFC wasn't willing to give Jones a big pay bump for the Ngannou bout, the talks never even really got going.

Jon says the UFC informed him he'd be able to earn more money in the PPV buys, and that means exactly what it sounds like; he'd get a % off the top of total buys, albeit a very small one. The UFC is definitely right in saying that he'd make more with this fight, because buys would be through the roof, but who knows what the numbers actually are. I can't speak on whether or not the PPV points would be worth it. Clearly, in Jon's eyes, they would not be.

Someone then asked the UFC Light Heavyweight Champ a "Money vs Legacy" question, and I found Jones' answer very confusing... 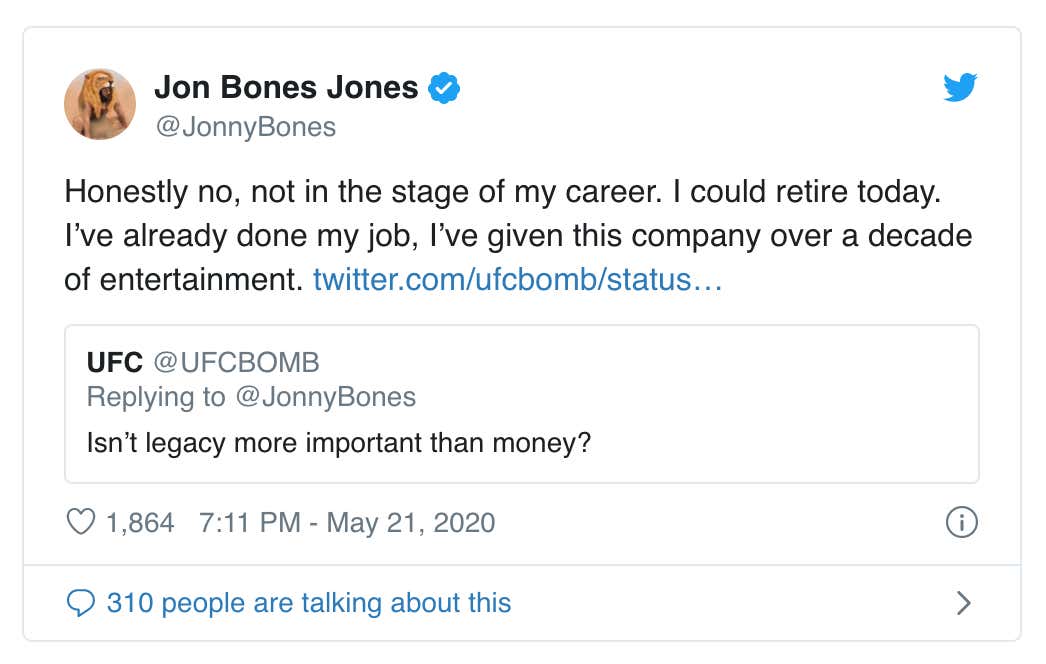 Isn't that what people say when legacy IS more important than money to them? That they could retire whenever they want, and that they have enough money to do so? That they're still doing it for the love of the sport and their legacy? Isn't that exactly what they say?

I'm not even trying to hate on Jones here, I don't care if money is more important than his legacy to him, it's just a bizarre way to answer that question in my eyes.

He then peaces-out in a way that makes me think maybe he's just workin the marks and trying to get more outta the UFC... 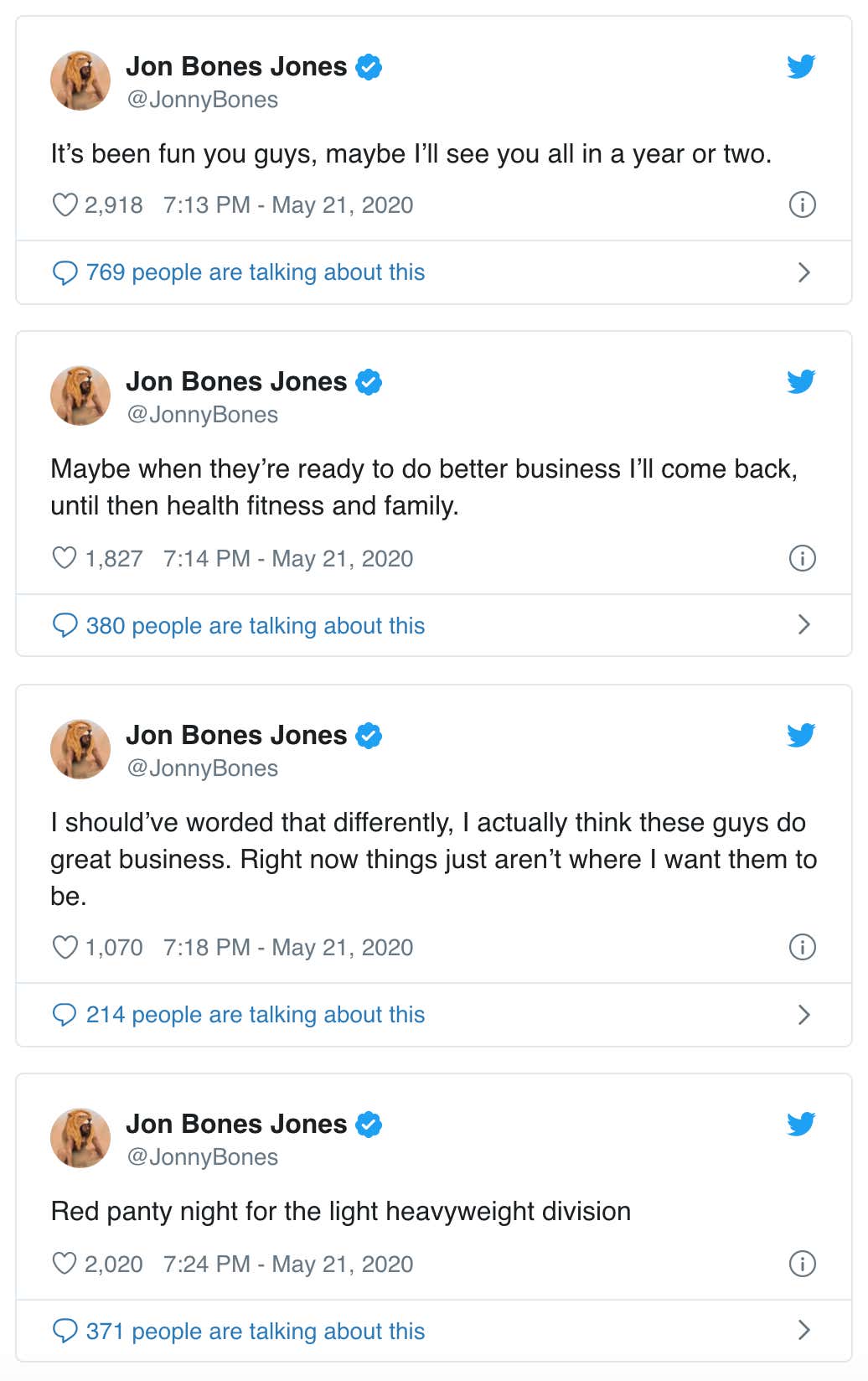 ….and Ariel Helwani seems to think the same….

…so the jury's still out on this one - I'm praying it comes together.

I wanna see Jones sent to the shadow realm so bad.