Picture this. The year is 2025. Survivor is entering its 50th season. Jeff Probst and CBS have decided that this will be the final season in show history. To send the show off in style, they decide to do a finale season with the 20 most legendary players to ever step foot on the island. We've seen All-Stars. We've seen Heroes vs. Villains. We've seen Winners At War. To end the greatest show in TV history, we get the 20 most legendary players ever.

Now let's define "legendary." This does not necessarily mean "best" players ever. I mean this more in the sense of, "When you think Survivor, you think of these people." People who have helped define the game over the years. From winners, to great players who have never got it done, to just downright entertaining characters. It's about finding the right mix to make the best season possible, from both an entertainment and gameplay perspective.

I went on the Russell Hantz Show last night and he said that he's heard a season like this may happen sooner than season 50. Another problem is that many people have reportedly said they'd never play again (including almost everyone from Season 40), but I think their minds can be changed. Jeff calls you up and says, "Hey, this is our last Survivor season ever. We're finishing with the most legendary players of all time. Come close the show out in style." You can't turn that down. The egos are too big.

So for argument's sake, let's just imagine this is happening for Season 50 and nobody is turning down the offer. Here is my dream cast. 10 men. 10 women. This was impossibly hard to get down to 20. 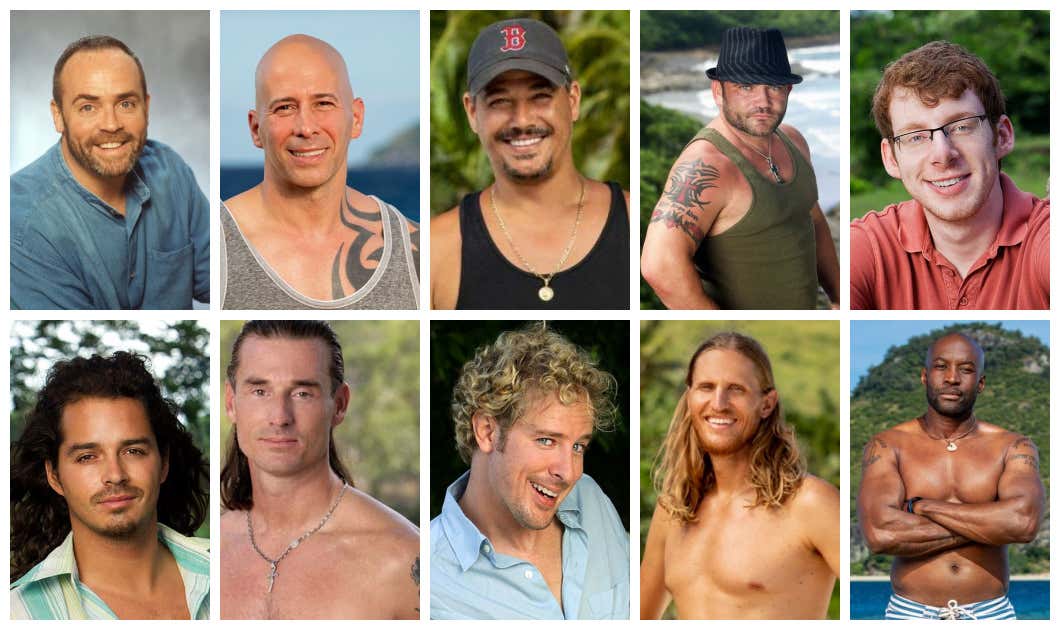 You can't do a legends season without the OG legend. The winner of the first season ever, Richard Hatch made Survivor what it is today by implementing alliances and strategy. Even if you don't watch the show, you probably know the name Richard Hatch. He, along with everyone on Borneo, was a rock star when that season aired. He's certainly a controversial figure for numerous reasons, but we'll pretend like everything can work out for the sake of this.

After winning Winners At War, Tony is now the unquestioned Survivor GOAT in my mind. He's one of just two players to win twice, and both of his wins were some of the most dominating performances in show history. Can't do a season like this without the greatest player of all time.

He's said he's done playing, but his ego has to be too big to turn down an invite to this season. Boston Rob is one of the most notorious Survivor players of all time. He met his wife on the show and has played a record five times. He's got a statue of himself from Season 39. He dominated Redemption Island and was second in All-Stars to his now wife. No brainer to have him back.

One of the most infamous players of all-time. He's never won, but he is arguably the greatest player to never win. He invented "new school" Survivor in Season 19 and was robbed of victory. He followed that up with another dominating performance in Heroes vs. Villains. He was a huge target early when returning for Season 22 and hasn't come back since. The show's greatest villain would have to be back for a legends season.

He apparently turned down an invite to Season 40, and maybe he would too for Season 50, but let's pretend he returns. He is the perfect embodiment of the superfan. He wrote a Harvard law school paper on the Survivor jury. He wore Survivor buffs in high school and made his senior quote "The tribe has spoken." He played poorly in South Pacific, but returned to play a perfect game in Season 26. He'd have to be back to represent all the superfans that have played through the years.

I am personally not the biggest Ozzie fan, but he's one of the most popular players ever. He's the greatest challenge performer of all -time. There have been other challenge beasts through the years, but none like Ozzy. He'd have to be the choice to represent all those challenge beasts.

He's not the best player ever, but he's certainly one of the most entertaining. His unbelievable stories and self-delusion always made him an incredibly entertaining player to watch. He almost put it all together to win Season 23, but he fell short in the end. He's need to be back for entertainment purposes.

There's a chance he wouldn't be invited back since some say he "quit" Season 16, but hopefully that can be put in the past. He's a great villain and his dead grandma lie is one of the most iconic moments in show history. He's one of the more memorable characters ever and deserves to come back.

We have seen Tyson play four times already, but I think he's definitely one of the 10 most legendary men to play. He's got a win under his belt, is an all-around complete player, and is probably the funniest player in show history. His dry humor and sarcasm always provide laughs, and we'd need some of that in this finale season.

If you could build the perfect Survivor player in a lab, it might be Jeremy. He has an unparalleled mix of strategic, social, and physical gameplay. He's also an extremely likable character. We did just see him play, but I have to remember this is 10 seasons from now. I think he'd get the call back. He's made the merge in all three of his seasons and had one of the most impressive wins ever in Cambodia.

Rupert- I'm not a Rupert fan, but he's definitely an iconic player when you think Survivor. I left him off just on personal preference. He's not a great strategic player, and I don't see what's left for his Survivor story.

Malcolm- Malcolm is one of my personal favorites. I'd love to see him play again, but it was hard to put him on this list without a victory under his belt.

Spencer- Same thing as Malcolm. I love him and think he's a great underdog story. I'd love to see him play again, but I don't know if he can crack this list.

Colby- The original Survivor challenge beast and hero. His decision to bring Tina to the end in Season 2 probably cost him a million dollars. He's been on Curb and is probably one of the most famous players ever, but I don't see him bringing much entertainment in this season. He was a bit underwhelming in Heroes vs. Villains. 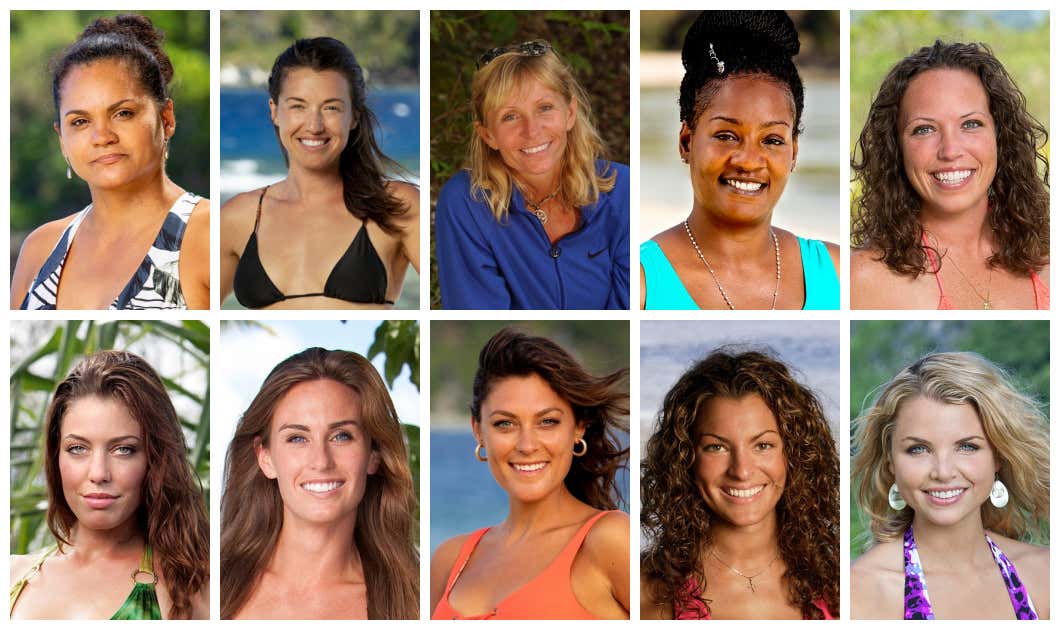 I'm not her biggest fan, but you can't do a season without the Queen. Sandra won her first two times playing and is the only other two-time winner besides Tony. Her last two seasons have been unimpressive, but she's still a no-brainer to bring back.

In my opinion, she's the best female player of all time and probably should have won Heroes vs. Villains. She's the greatest flirt in show history and is not afraid to backstab anyone. Her target was way too big in Season 40, but she's still an incredible player capable of winning any given season.

She would be 64 by the time this filmed, but she'd have to come back for this. Tina is the show's first female winner and has come back multiple times after Season 2. She's definitely one of the 10 most iconic females to ever play.

Arguably the greatest player to never win. Cirie has played four times and threatened to win in three of them. She went from the mom on the couch to one of the greatest Survivor players ever thanks to an incredible social game. She could've maybe taken it home in Game Changers if not for the crazy tribal council where she was eliminated because everyone else had an advantage. Would love to see her back, and I'm sure she'd be one of the first people they call.

If she beats Tony in a fire-making challenge, we're probably calling her the best player in Survivor history. She's definitely entered that discussion after a dominating win in Game Changers and an impressive follow-up performance in Season 40.

Amanda has been the runner up twice. She's a great player but has struggled at Final Tribal Council. I still think she's certainly one of the most impressive and notable females to ever play the game though.

Kim's game was a little underwhelming this past season, but she did come on strong later. And we can't forget her performance in One World. It's the best single season performance by any female ever. She definitely would need to be brought back.

She's certainly not the most flashy player, but she's never been voted out in two seasons. She has a win and a third-place finish under her belt thanks to an incredible social game. She cemented her legacy with a solid showing in Season 40.

An old-school player, Stephanie played back to back in Seasons 10 and 11, finishing 7th and 2nd. She was famously the last person on her tribe before being absorbed into the other one. She returned again in Heroes vs. Villains for a disappointing showing, getting voted out second. I'd love to see her play again and think she's definitely a part of Survivor history.

This last spot could have gone to multiple people, but I landed on Andrea. She'd made the merge in all three of her seasons and been a threat each time before some serious blindsides. I'd like to see if she could come back and put it all together for a win.

Wentworth- I almost gave her the last spot, but think Andrea's overall performances have been better. Wentworth was a pre-merge boot once, and finished only 10th in her third shot.

Jerri- An original villainess from Season 2, she also had a deep run in Heroes vs. Villains. She did seem a little overwhelmed at times that season though, so I ultimately left her off.

Sue Hawk- She had the infamous jury speech in Borneo and is still probably very notable. We haven't seen her play in forever, and there was the incident with Richard in Season 8.

Ciera Estin- Everyone loves to talk about how "SHE VOTED OUT HER MOM!" Even though that gets overplayed, she is still a dangerous, notable player who would be in contention for a season like this.

So that's what I have. I'm getting goosebumps just thinking about that list. Who would crack your cast for a potential season like this?