Starting off this Throwback Thursday (on Empire's 40th anniversary no less!) with a spoiler so famous, it is potentially the most misquoted line in cinematic history. I'm not sure how Luke's name got added into Darth's big reveal, but I imagine its through the same part of the brain that has every kid playing Hot Lava once they are able to walk, no matter where/how far they live from an active volcano.

Because the Sith Lord Formerly Known As Anakin Skywalker's line is so famous, it's hard to get a true surprise reaction from people who see it for the first time. However like most pranks, kids are the perfect marks because they are oblivious to most of the world and you can actually see each tiny brain cell in their little heads explode when they are shocked. This kid knows what I'm talking about. 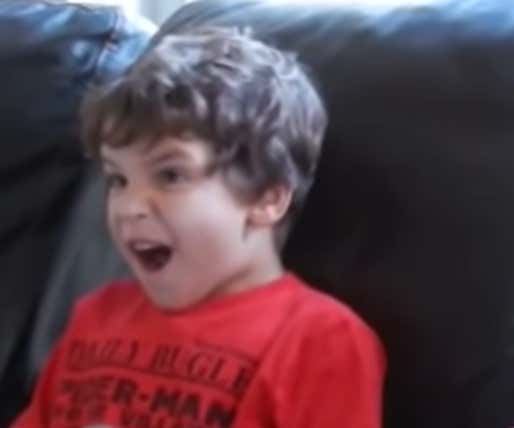 Ts and Ps for anybody who actually had Empire spoiled for them back when it was in the theater like Homer did on The Simpsons. Remember folks, wait until you are a few blocks away from the movie theater before you start talking about what happened (if movie theaters ever open again).

For anybody that is thinking about watching Empire tonight and wants to watch it along with some pals during these quarantined times, you can rewatch it with the Lights Camera Barstool guys as well as myself, Robbie, Joey, and Alec Sulkin who was an integral part in making the innnnnncredible Family Guy Star Wars parodies.