Leading into episode 9 of The Last Dance, Reggie Miller claims he thought the 1997-1998 Pacers were going to send Jordan into retirement because Indiana was the better team. Were the Pacers even the Bulls' toughest playoff foe? Or, was Reggie right? Is there something on the tape we all seem to be missing?

I first looked at Game 4 of the 1998 ECF where Reggie hits the game winning shot on MJ. The Pacers are far from a perfect team, but their stars Reggie and Smits step up while getting solid minutes from role players and the bench (D. Davis, Antonio Davis, Jalen Rose).

Game 5 was back in Chicago. In the final seconds of game 4 there was a scuffle on the Bulls bench, Jalen Rose left the Pacers bench to investigate and got himself slapped in the dick with a suspension, forcing him to sit out Game 5. Not that a last unit guard would have made a difference against the Bulls Buzzsaw that was ready in Chicago, but worth noting. 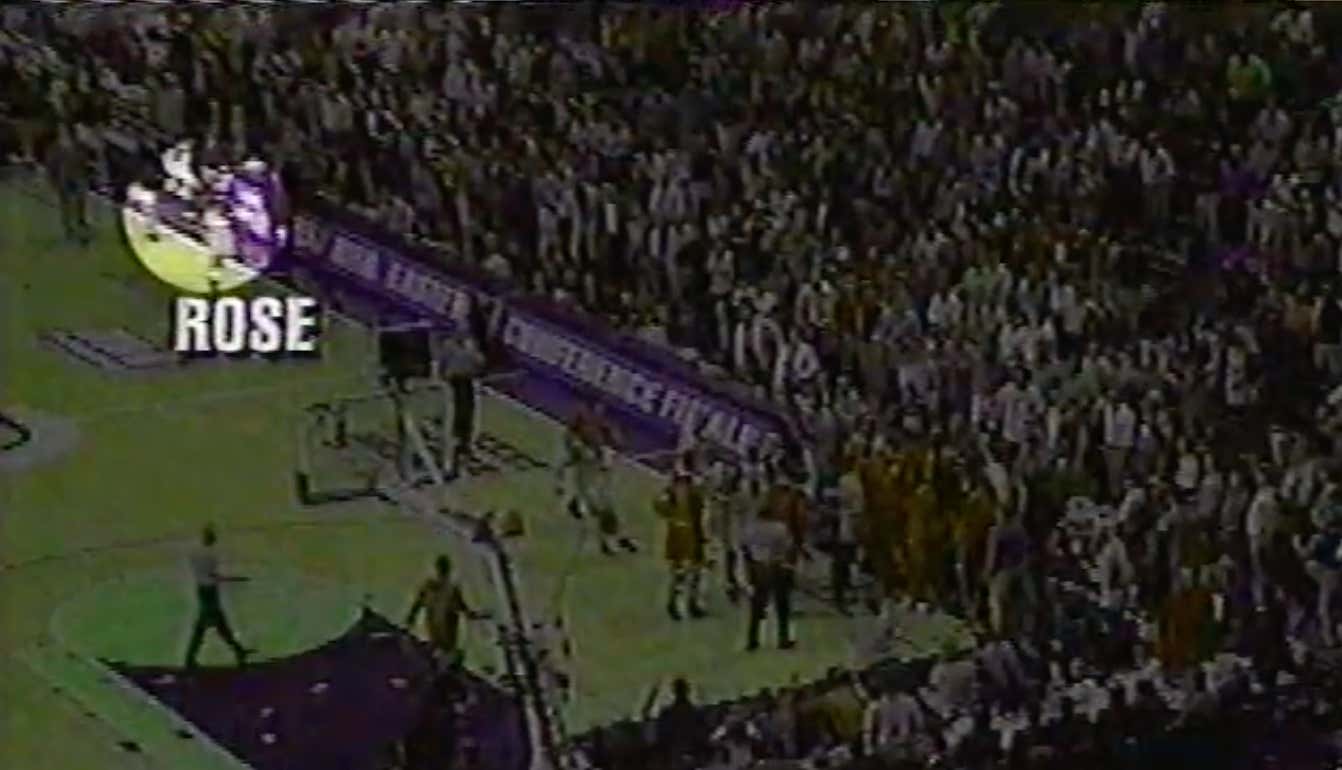 The suspension made Fred Hoiberg and Mark Pope get essential minutes during the Pacers' 14 MINUTE scoring drought.  This also caused FRED FUCKING HOIBERG to guard Michael Jordan 1 v 1 in the post.

The Pacers may have been able to scrape out wins at home in Indiana, but if Reggie ever thinks the 97-98 Pacers were better he just needs to watch game 5. The Bulls do everything right. Larry Legend was the Coach of the Year the 97-98 season and I would die for Larry Bird, BUT Phil Jackson coaches circles around Bird in this series.

Bird wasn't a fan of the double team because it messed up spacing and rebounding, but when the greatest player of all time is going back to the basket and backing down players as he pleases ... might want to throw another body at him. Smits leaves the paint for his man, but his weakness is he isn't quick enough get back in and offer help. Jordan does the same thing to Reggie he did to Fred Fucking Hoiberg.

That's why Phil Jackson and the Bulls were so deadly. Like a Belichick coached team, the Bulls were versatile and could exploit your weaknesses. Helps when you have an MJ and Pippen to go out and execute your system.

The Pacers might have been the toughest opponent for the Bulls in the 2nd 3peat, but that's about it. The Bulls were out-coached and outplayed in Game 5 in every way. If this Bulls team shows up, no one is better.