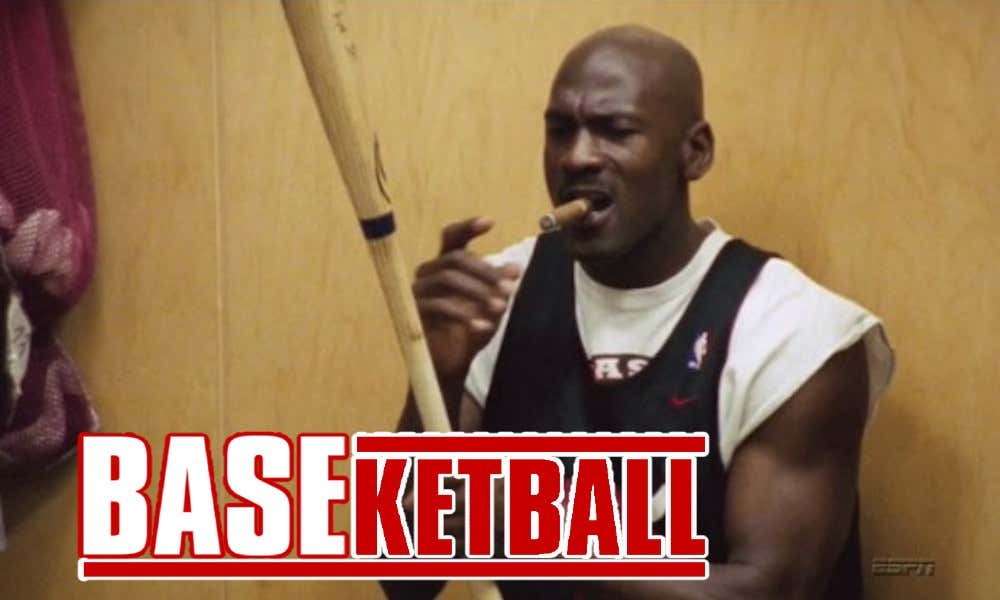 Michael Jordan fucked up. It's not very often that you get the chance to say that but he did.

You see, MJ had the right idea when he retired the first time. He retired after his 3rd ring and went to take on another challenge by playing baseball. And as we heard Terry Francona say, Michael Jordan would have eventually worked his way onto a Major League roster. Do you disagree? Do you think you know more about baseball than Terry Francona? Didn't think so.

But when he retired again in 1999, Michael Jordan didn't choose to take on a new challenge. Sure, he ended up making the jump over to the business side of things and took the President of Basketball Operations role with the Wizards. But there's no real competition involved there. There's no real tangible way for him to dominate his opponents from a basketball operations perspective. So eventually that void of competition in his life led him to make a major mistake and play a couple of seasons with Washington. Yuck. I'm here right now to say there was a better option for Michael Jordan and he had the chance to be the Double GOAT.

BASEketball incorporates the 3 things in life that Michael Jordan was best at. Basketball, baseball, and talking shit. If there were ever an athlete who was scientifically engineered in a laboratory specifically for BASEketball, that athlete would be Michael Jordan.

And the thing is that the movie came out in 1998. It would have been perfect timing for Michael Jordan to retire after his 3peat and immediately make the jump over to pro BASEketball. He wouldn't even need to start off at AA. He would be the Michael Jordan of BASEketball. And if MJ goes on to play for a few years and go down in history as the Double GOAT, there's a chance he doesn't feel the need to come back to the NBA for his 3rd go around and end his career with the Wizards.

Truly a shame this will go down as one of the biggest "What if's" in sports history. To think of what could have been.