It seems like EVERY.SINGLE. DAY Jay Cutler's name is in the tabloids about his very public divorce from Kristin. He's freezing accounts, he was accused of cheating, he was accused of being lazy, he was unmotivated. The internet was running amuck just trying to slander MY quarterback for seemingly weeks now. And what did you hear out of Camp Cutler...nothing. Not a peep. Just goes about his business and says nothing. Doesn't respond to the haters, of which there are many. Didn't leak anything. Just took the high road and then his first public statement...praising the mother of his children. What a guy. Great teammate, now and always. 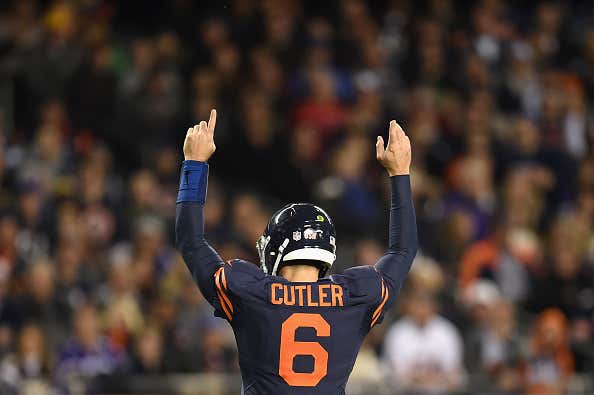 UPDATE: A few people have said this

If Kristin just wished herself a happy mother's day from Jay's account that would be a WILD move. You can just speak for him. You can lay claim to all sorts of assets in a divorce, but stealing a man's voice...no way. Not allowed.