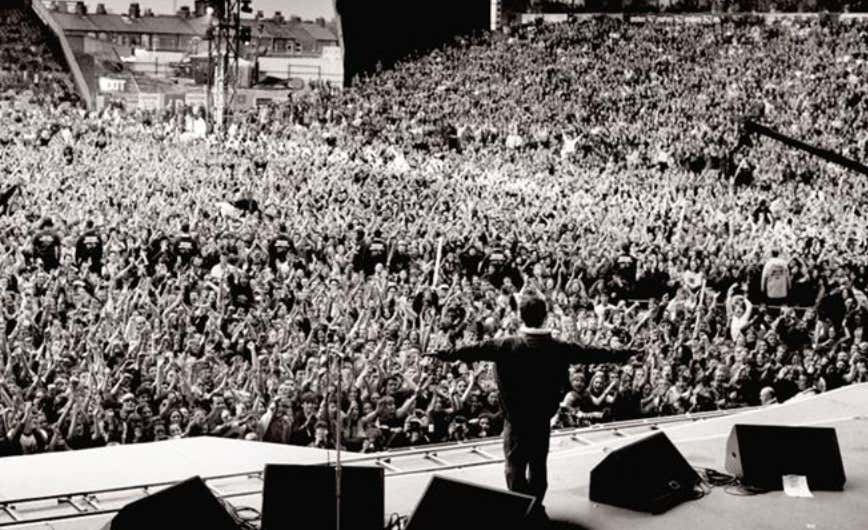 Being a rock star is the coolest job a person can have. Getting on stage in front of thousands of fans to sing songs as they sing them back, nothing can beat that. Knowing I'm a fan of that sort of thing, Robbie Fox sent me the below video and got me absolutely hooked on this Australian band called "DMA'S".

He even blogged about them yesterday:

And I echo that sentiment. Me and Bob Fox also have very similar taste in music, so it makes sense, but notwithstanding, this band DMA's is objectively phenomenal. They remind us both of Oasis, who are pound for pound my favorite band of all time. In fact, we just did a 90 minute Oasis podcast together, which is one of my favorite things I've done at Barstool.

It's two massive Oasis fans talking about our favorite songs, live gigs, how we got into the band, how I saw them live in London and lost both of my shoes, and much more about Liam and Noel. We've both been getting DMs from people over in the UK, non-stoolies, who somehow found the podcast. Robbie thinks it was posted on an Oasis message board or something, but I've yet to be able to find it. Either way, it's awesome people are digging it.

But one of the topics we brought up in the podcast is how amazing it is when the entire crowd sings the chorus of "Don't Look Back In Anger", swaying together in unison. We both have DLBIA in our top 5 Oasis songs, and we both agreed it's not necessarily because of the lyrics or the musicianship in the song, it just has this certain "it factor", a je ne sais quoi about it that reels you in and hooks you. And when the entire crowd, no matter what country they are in, belts it out, it's goosebumps every time.

This one from Argentina is an all time favorite:

Imagine writing this song and then having 60,000 people singing it back at you? Sure being an astronaut is cool, a brain surgeon who saves babies is swell, but being a rock star that writes a song where every person sings it line by line back at you? That's the pinnacle of life.

Also when the crowd does the guitar part, from the same gig:

I can't wait to go back to concerts once the pandemic is over. That feeling of the entire crowd singing, experiencing that moment together, is what makes them so great. I think it's also why I love acoustic sets, something about it being a guy, his guitar, and the crowd, it just hits you like a ton of bricks. To which I'll leave my number 1 Oasis acoustic performance, Slide Away from the Chicago Metro in 1998. It's almost too good.