What do you feed your dog? He's miserable

But instead, they feel the need to take it to the internet streets. That their opinion needs to be heard by the masses. That the rest of the world gives a shit.

In our latest installment, we have people condemning the producers of "The Last Dance" for referring to former President Obama as "Chicago Resident" on the docuseries. 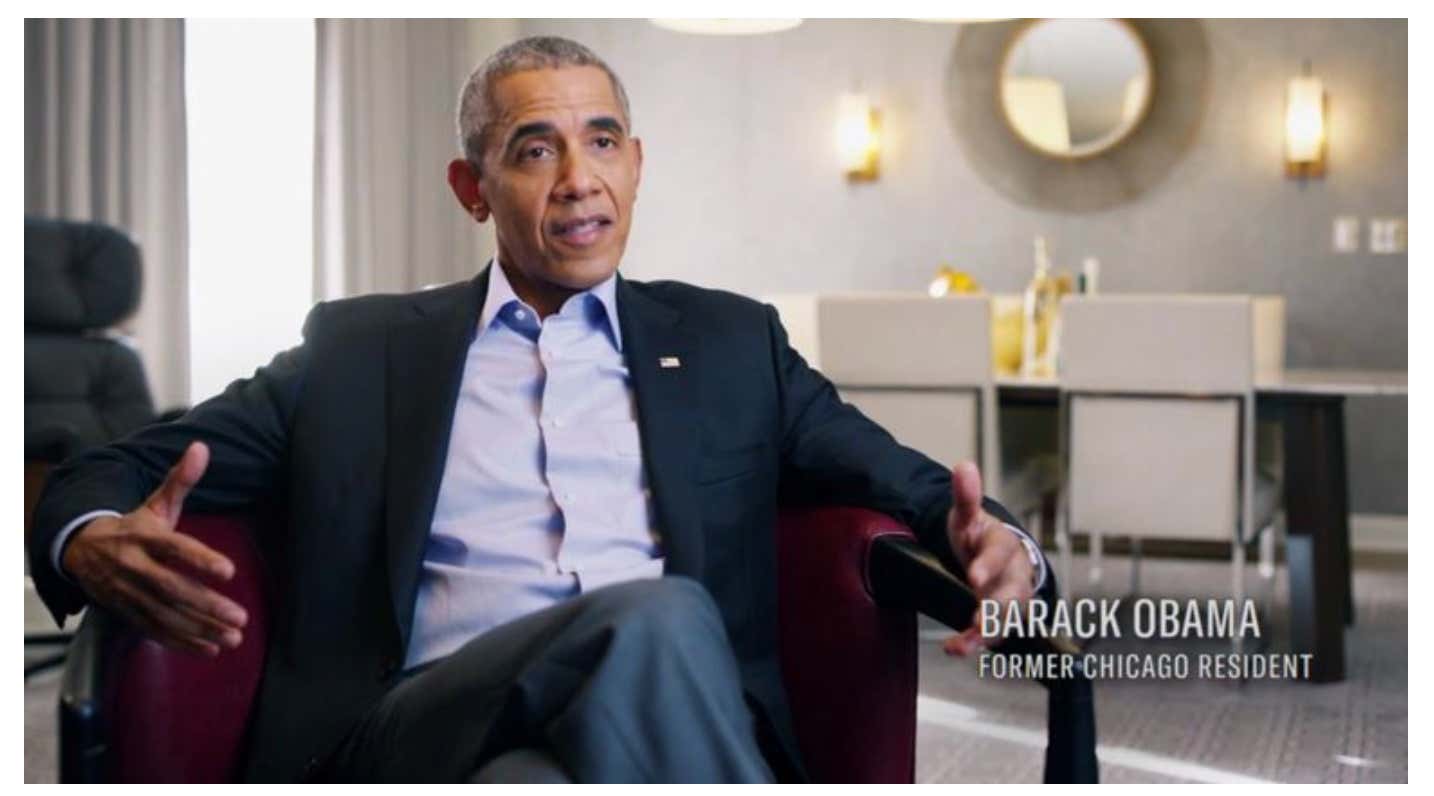 Digital Spy - Documentary series The Last Dance has been impressing ESPN and Netflix viewers with how it is telling the story of Michael Jordan and the Chicago Bulls (also the name of a really good kebab shop in Cardiff, FYI) across the 1997-1998 season, but some people have taken issue with one particular element.

Previously, Barack Obama appeared as a talking head in the docuseries and was credited as 'Barack Obama: Former Chicago Resident'.

While some people saw the funny side of it, others were not happy that they didn't refer to him as the former President of the United States.

Who are these people? I'm glad I don't know anybody that would stoop to this. (Small aside - Good friend of mine's wife secretly had a yelp username that she used to review everything under the sun in her free time. Which she had a lot of. Trust fund daddy's little girl who never had a job and doesn't mind watching our friend slave away at his law firm while she hangs out with her other lowlife girlfriends drinking Kim Crawford on Gibson's patio at 1pm Mon-Fri. Anyway, she let it slip one day that a manager responded to one of her critiques and to apologize for poor service (highly debatable) offered her and her friends a comp dinner if they came back. We immediately dug to find out her account and looked up her reviews. Cringeworthy stuff. Shit that would be grounds for a divorce. My buddy is so ashamed we can't even joke about it anymore in front of him because we feel too bad. If you're reading this it's too late. Sorry amigo)

Anyway, I used to think yelp reviewers were the scum of the Earth.

Now, I know it's these people.

Now, a few episodes later, Obama is back and his credit has changed to 'President Barack Obama'. Yup, not even 'Former President' – just 'President'.

"It was crazy that the internet being what it is, I've seen people who are investigating whether I'm (director Jason Hehir) a Democrat or Republican. I'm a huge Obama fan, so for people to say it's disrespectful and I did that on purpose. I mean, come on. I promise you he will be the president by the end of the series." 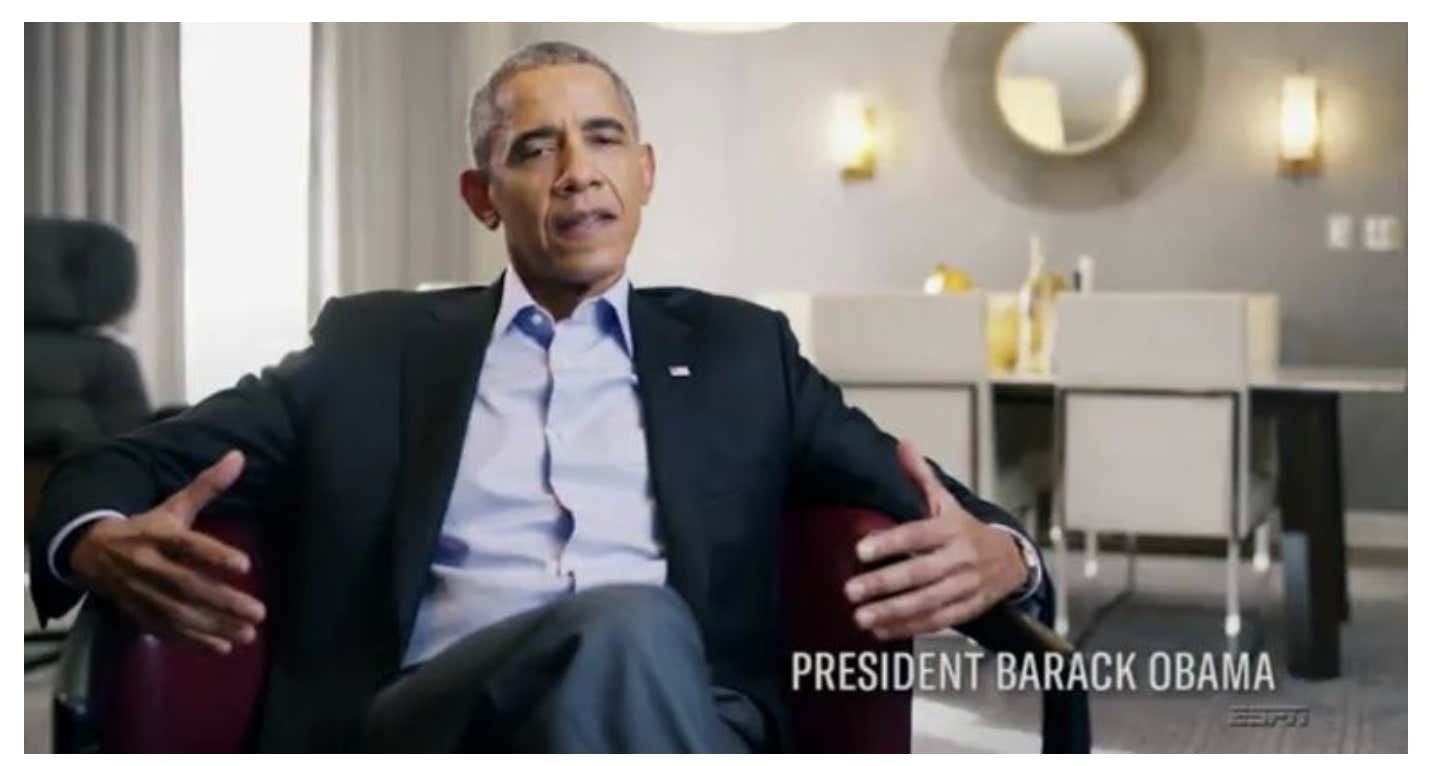 Of course, people are looking for ways to tie the art school major to the neo-nazi movement. The PC Police LOVE to dig up all the bones.

Dear friend Carl weighed in with an obviously sarcastic blog about it the next day. (And he very much does not suck).

It was a great little joke that was intended to be a joke. Sadly, Jason Hehir was forced to explain said joke, which he did to The Athletic -

Hehir explained Obama's chyron -- and that of Bill Clinton, who was listed as "former Arkansas governor" -- to The Athletic.

"That is a Michael thing," Hehir said. "Barack Obama is not the kind of guy that I can find his number and text him. Michael had a connection. But I was pretty adamant that we don't have people in here who don't have an organic connection to the story. I think the temptation is because Michael was super famous, let's get as many super famous people in here as possible. There were conflicting philosophies amongst all the (production) partners of what makes a good documentary and what makes a documentary sizzle. I'm a filmmaker first and I just want to tell the story of this team as if they were not super famous. Who were the human beings who make up this team and how did they become famous and how did they handle that fame?

"So that was an interesting part of this whole thing. The good thing is that we all have the common goal – that it should be fantastic and everyone should enjoy watching it. I think the temptation would be to say, well, Bill Clinton was president in the 1990s. He has to talk about Michael because he was the President when Michael was playing and he saw Michael play live. My question was, okay, what is Bill Clinton going to say that is different than any other fan would say about watching Michael play? Why should he be considered an authority on basketball just because he's Bill Clinton? Now if Bill Clinton says I was governor of Arkansas when Scottie Pippen was in high school and I saw Scotty play, that's organic to the story and much more interesting."

And to Boston.com (Hehir is a Newton native)

“That was just kind of a little inside joke in our edit room because I was pretty adamant that when we have a celebrity, we wanted it to be organic to the story. We don’t want to just have a president for president’s sake.

“Even though Obama is a basketball fanatic, he’s not qualified to speak on the significance of the Chicago Bulls and Michael’s style of play like a Bob Ryan would be. The reason he was in there is that he was a former Chicago resident.

I know people currently have a lot of time on their hands but can the outrage police chill the fuck out for everybody else's sake?