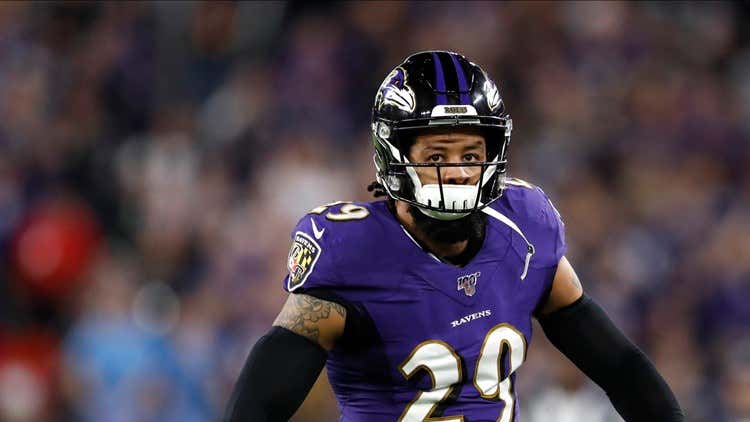 Obviously there are real life things at play here. Earl and his wife have three children and a marriage on the rocks to put it lightly. It's probably not fair that those issues are now public fodder but when you're a former All-Pro NFL player and your dirty laundry is THAT stinky.... it's gonna be out there. It's not my business what's best for them but I'm glad that nobody is physically harmed and hope the best for those children.

With that said, there is a football element to this. It's a pretty terrible lapse in judgment and professionalism not to bring the team into the know about an incident like this. I would like to live in a world where what you do at home after you punch out is your business and your business only, but that's not the world we live in. The NFL is an entity that's very conscious about its image. We've seen that time and time again, particularly in Baltimore. No need to elaborate on that, but Earl has gotta have the awareness to know that sooner or later this was going to get out, and that "getting out in front" of something isn't posting a shirtless Instagram minutes before TMZ makes the incident public. I know that Earl wasn't charged with anything and the story is embarrassing as hell, but keeping it a secret from the team doesn't exactly give off an impression that he was free of any wrongdoing.

There's a lot to read between the lines of that Ravens statement. They are NOT happy about how they found out about this. They've worked hard to restore their image after the Ray Rice debacle back in 2014. They've taken a hard stance against taking on players with domestic violence issues since, which is why Antonio Brown is (and has been) out of the question. Clearly this incident falls into that domestic violence bucket. It doesn't appear on the surface that Earl has been physically abusive and that may or may not be the full truth, but you better believe the Ravens would've liked the opportunity to do their homework before this incident went public. Instead they're caught flat-footed and scrambling to react. It's not fair to them, and Earl put them in this position.

I would imagine that there will be discipline in some fashion from the team, simply for not being forthcoming. That discipline may be made public or not. Given that he has no prior criminal record and that (at this point in time) it doesn't appear that he physically harmed anyone, it probably won't be a suspension. Just a hefty, hefty fine. For what it's worth, cutting him is off the table, as it would be a $25M cap hit (either all $25M in 2020, or $15M in 2020 and $10M in 2021 if they cut him post June 1st).

Regardless, this is not the type of judgment you want to see out of a guy who is supposed to be one of your veteran leaders. Cheat on your wife, fine. It's definitely not the right thing to do and I'm not excusing it by any means but Earl is hardly the first pro athlete guilty of that. But when the police and guns are involved, you can't keep that to yourself. You can't expect it to stay quiet for long either. Just really really stupid stuff. Be better, man.