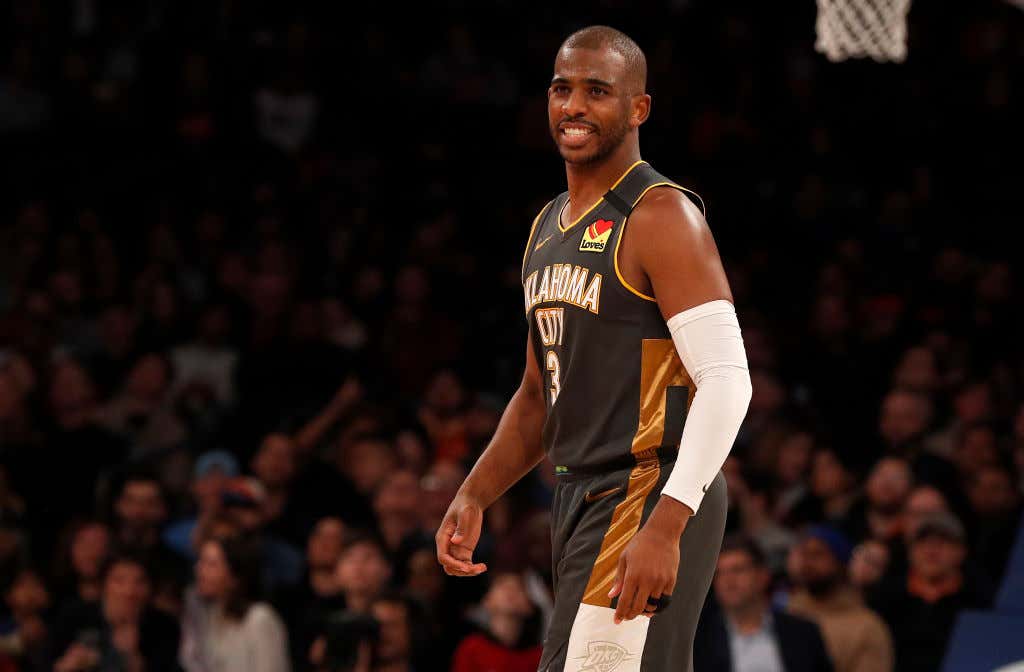 Today is Chris Paul's 35th birthday so I figured what better way to start the day than with a quick CP3 tribute blog.

One of the greatest point guards the league has ever seen, it's pretty remarkable what Paul has been able to do this year in OKC despite it being Year 15. You could say he's having his best season in years and is a huge reason why OKC might be considered the surprise team of the season. I don't think many people outside of OKC had them flirting with a 5 seed and yet through Paul's production and leadership that's where they are. He showed the world that he wasn't even close to being washed up, his issues were mostly injury related while in HOU. That will always be a great NBA "what if". I'm pretty sure those Rockets get past the Warriors and most likely win that elusive title if he doesn't pull a hammy. Brutal. Fast forward to now, and I'd argue this is the best he's looked since the 2016 season which isn't supposed to be how this works, especially in your mid 30s.

They don't call him the Point God by mistake

he's a for sure HOF player and is someone who has pretty much dominated the league since the second he got there. Pretty cool we all got to witness one of the best ever at the position do this thing.