Folks, we made it to May. Another month in quarantine is in the books, which hopefully means we are that much closer to some sort of normalcy again. To send you into the weekend, Pardon My Take welcomed on writer/comedian Jensen Karp to discuss a myriad of interesting topics including his interesting career, being married to Topanga, being friends with Rone, and life in Hollywood. Speaking of that Hollywood topic, Mr. Cat and Mr. Commenter picked Karp's brain about the younger generation out on the West Coast:

Jensen Karp: No, there's some merit in it. I mean, I was kind of a dweeb. I'm still kind of square. My wife was square. We're both kind of like, as much as you think she was like, you know, chilling at the Chateau Marmont at twelve years old, she wasn't. But like, I remember going to "A Tribe Called Quest" shows when I was in late middle school/high school seeing Leo DiCaprio backstage smoking weed. And I was like, "Oh yeah, I'm not like him at all." I think they just lived a different lifestyle. I was making sure my mom didn't page me so I was late.

Mr. Commenter: But at the same time, you were also backstage at "A Tribe Called Quest."

Jensen Karp: No, no, no. I was general admission looking on to backstage. I didn't have any connections like that.

Mr. Cat: But there's a lot of culture. I think American culture starts in California in this weird way, often time, even right now, I feel like all the Tik-Tok stars and Vine stars are living in some weird mansion where I'm just watching and be like, "Where the fuck are your parents? How are you doing this?" 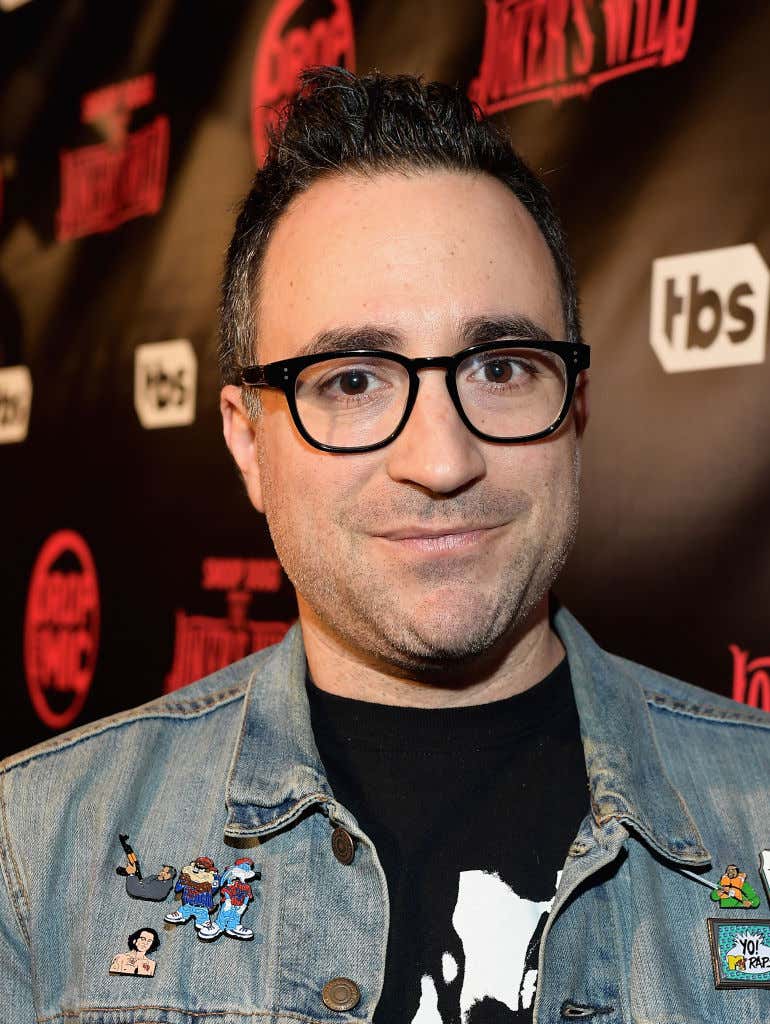 Jensen Karp: Yeah, that's a question I have a lot. I remember for a while when Vine was hot, there was this apartment complex on Vine that they all lived at. And I was like, that kind of irony should not be even used. Like, it's too ironic. They should just burn the house down. But yeah, I don't understand, I guess we've met them. Danielle [his wife] and I have been in situations at a charity event or something. She was on this TV show called "Girl Meets World," which was like a reboot of "Boy Meets World." And so, she was on a TV show that had young kids on it, like Sabrina Carpenter and sort of the new Hollywood: they went on to be in bigger things. We hang out with them once in a while, and I feel like a narc.

Jensen Karp: I'm literally like, "Hey, cool kids." Like I'm literally holding the skateboard and everything. It's not for me, I'm scared of it as well.

Mr. Commenter: But Big Cat's on to something. There's so many times, and we've only been out in California a couple times since we started the show, but we'll be driving down the street, and I'll think to myself five times a minute, "You should be in school. That kid should be in school. That kid's eight and he's smoking a cigarette. That's pretty awesome. Now I want to smoke one, too."

Nothing said here is wrong. It's as if California kids are growing up at twice the speed as everyone else. Whether it's their fashion, word choice, or other things they've done, these people always seem to be two steps ahead of the game when it comes to growing up. It was nice to see Mr. Cat and Mr. Commenter to get Karp to at least agree to that. As for Mr. Commenter: a cigarette at eight years old? Definitely not on the path for being a drug guy.