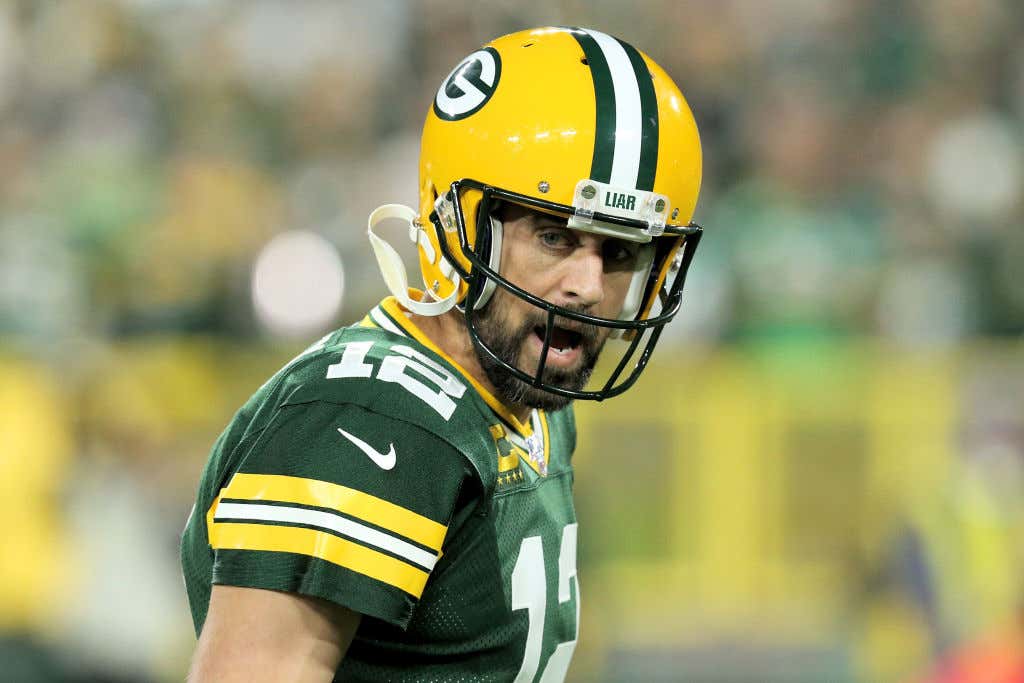 While know what it's like to go through the slow, agonizing process of watching a quarterback you're emotionally invested in grow dissatisfied and start planning his exit strategy and genuinely feel for what my friend Liz is going through since the draft:

I can't not enjoy the hell out of this Green Bay drama. If you have any sort of an interest in human interaction and what makes people the way they are, this is an absolutely fascinating situation. It's the kind of thing young Sociology students, Business majors and Sports Psychology PhDs alike will be doing their theses on.

Consider (if you haven't already) the eerie similarities in the Brett Favre-Aaron Rodgers dynamic 15 years ago and the Rodgers-Jordan Love scenario playing out right now.

It gets even more surreal:

And now because of it, Favre and Rodgers' relationship has done this bizarre 180 where Rodgers understands why Favre was such a dick to him, because he's living that same life of hurt feelings, betrayal and resentment.

“Aaron and I have a great relationship, and we talked about it,” Favre told Bruce Murray and Brady Quinn. “Obviously, he’s a little disappointed.”

Favre remained careful not to share many details about their discussion, but it’s hard not to conclude that Favre’s opinions on the subject were shaped by his conversation with Rodgers. And from that conversation came a key theme: Disrespect.

“To me, the word ‘disrespect’ I think is perfect,” Favre said. “That’s the message that it sends to Aaron.”

Favre explained that the Packers didn’t take a can’t-miss prospect who slid into their laps, like Rodgers did in 2005. …

In his appearance on SiriusXM NFL Radio, Favre also expressed surprise that the Packers didn’t follow the selection of Jordan Love by drafting a receiver, acknowledging “that would make [Rodgers] feel a little better about it.” So what’s the overall message from the Packers to Rodgers, as Favre sees it?

Like I said, fascinating. Favre publicly resented Rodgers' existence and famously refused to do any sort of mentoring because he saw him as his replacement. Now Rodgers is in the exact same situation, and they've forged a friendship over it. They're like the father and son who fight all the time until the younger one has kids of his own and understands why his old man was the way he was.

The obvious difference being that when an adult tells his dad he can appreciate what he did now that he's walking in those same moccasins, grandpa doesn't go to every media outlet in the country blathering on about their private conversations for the kids and neighbors to hear all about. But that's what you get for confiding in Brett Favre, I guess.

So on behalf of myself, other people who aren't fans of Aaron Rodgers, but also students of human behavior, thank you, Packers. This is a million times more entertaining than if you had just drafted someone for him to throw to. Thoughts and prayers to Liz in this difficult time.