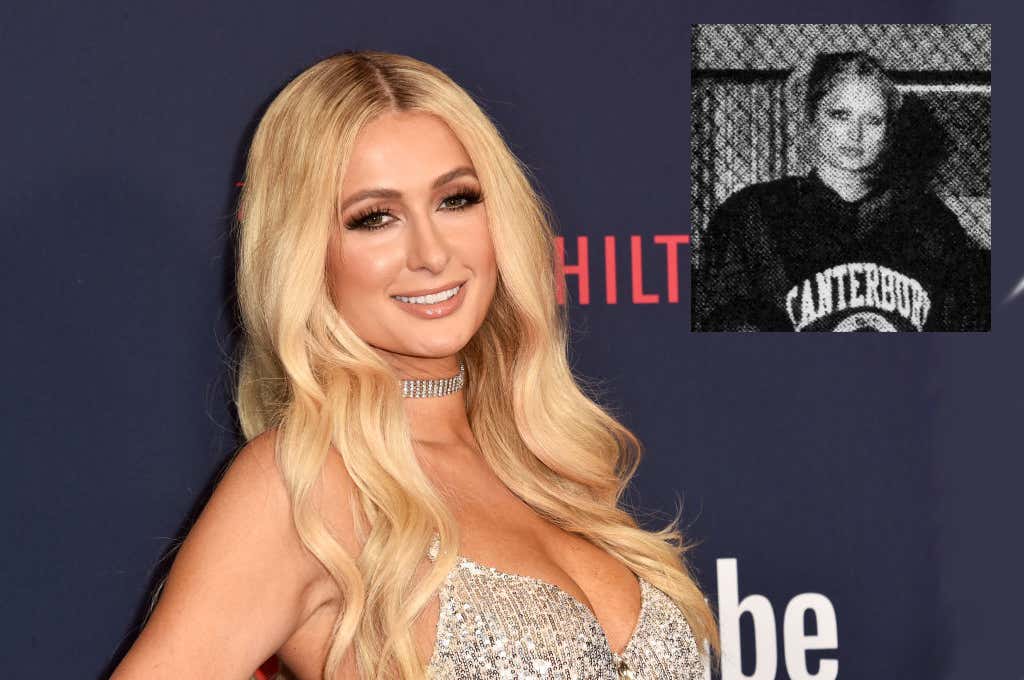 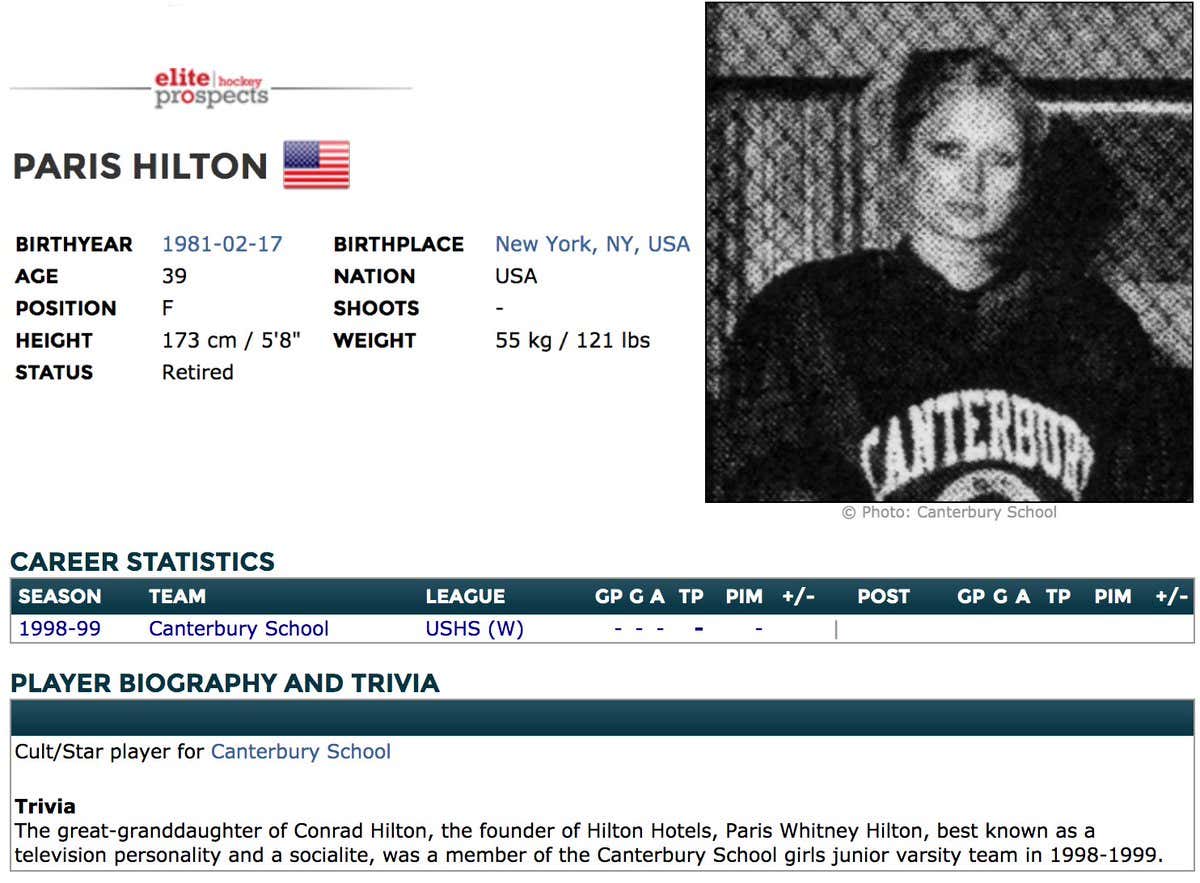 You know what? I'm just gonna go ahead and say it--Paris Hilton was the Wayne Gretzky of girls JV high school hockey. We're talking about an absolute weapon of the likes which we've never seen before.

She could dangle, she could snipe, she could bury you in the corner, and at the end of the game she could buy your entire school. You thought just dropping down to a knee and breaking out the bow & arrow was an all-time celly? Yeah, try legitimately owning the school instead.

When we talk about girls JV high school hockey, there's no bigger legend than Paris Hilton. Especially as a senior? She was probably dummying other girls out there. You come across the middle of the ice with your head down and Paris "Scott Stevens" Hilton is going to give you 1 night in Paris that you'll never forget.

Well actually, you'll probably forget all of it and everything that happened at least 2 weeks prior to the hit because Paris is going to turn your brains into scrambled eggs. But still. You had to always be aware of where she was out on the ice or else she'd drop your ass harder than she dropped Lohan.

Oh and don't even get me started about how much of a beautician she must have been off the ice. She was probably wheeling the entire boys varsity team at the same time. I bet the Canterbury School boy's team probably didn't win a single game that season because that locker room was completely dismantled by Paris. Eat, sleep, notch. #NotchOrDie

Either way, definitely have to get Paris on an episode of Chiclets soon. She probably has some unreal stories about her time trying to make it to the show. Total beauty.

Sidenote: I was never a huge Paris Hilton guy. She was always too "rich hot" for me. Super rich people never look fully human, ya know? But if Paris Hilton was your thing the here ya go.