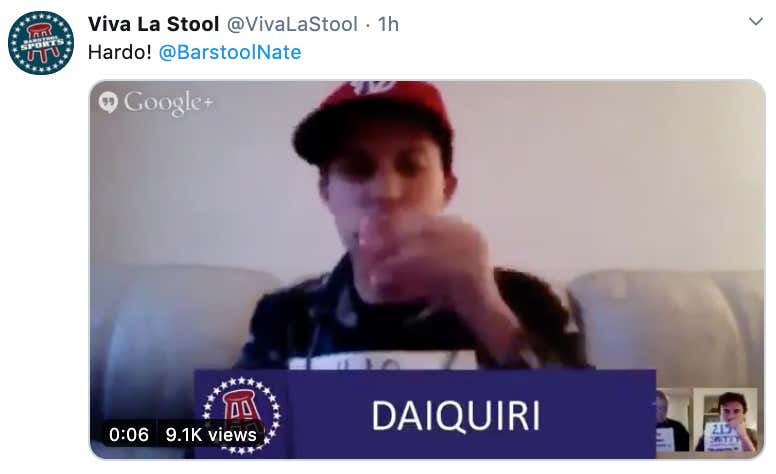 I didn't know what I wanted to type for today's 2pm blog. I don't have much to say today. I think yesterday's 2pm blog summarizes where I'm at pretty well

and thank you if you reached out with kind words about it. I just don't know why we are acting like this is now normal. It's ok to openly admit you're lonely. This shit is LONELY. As the old saying goes, "it's ok to not be ok".

But then from the heavens, Viva La Stool tweeted out a clip of the olddddd, OLDDDDDD Barstool Spelling Bee. So for today's blog let's lighten it up a bit, yeah? This is one of the most well known clips of me from my early days at Barstool, back when I was just a wee lad, living in Arlington, Virginia. We had a company-wide Spelling Bee, hosted by Charissa Thompson. And here is the clip heard 'round the world that I will give the backstory to:

Look at that baby faced boy! What a clip that apparently was filmed on a toaster. Barstool Tech, baby.

So here's the backstory- at that time, I was pretty good friends with local sportscaster Britt McHenry. If you're a new stoolie you might not even know that, or the fact if she had to travel for football on weekends I would often look after her dog, Foxy. I had a pretty nice townhouse in Arlington so it was nice to have a dog around since I didn't have one of my own. It was nice.

But anyway, at the time of the Spelling Bee I was watching Foxy and had to go over to Britt's apartment for something, I can't remember what. So me and my friend Mike drove over and I brought my laptop to do the Bee, and we were going to go out to Whitlow's after. So obviously we started drinking (thanks Britt!), and wouldn't you know it, I get the word "daiquiri". First of all, impossible word to spell. I've seen this clip 100 times and still can't spell it.

But second of all, what great timing! Charissa Thompson, I can't even remember what she was drinking, goes "this is not a daiquiri", so what was I supposed to do? I picked up that shot and repeated the line right back to, and then smashed the shot like a fucking MAN! 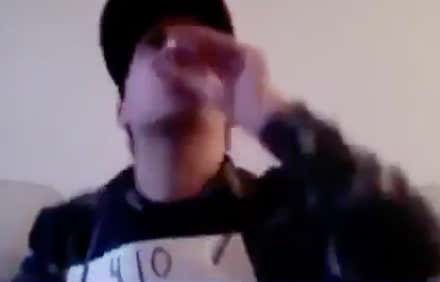 I ended up not even getting close to spelling the word correctly but we did get this clip that will live forever. I hope at my funeral everyone raises a shot and goes "this is not a daiquiri" in my honor as my body is lowered into the dirt. It's all I want, to be honest.

PS: Get better Britt! Glad they caught this when they did. Come back stronger than ever.