Emily Zeck is known around these parts. A few weeks ago, she taught us how to do that cool bottle trick:

Now, during her quarantine, Emily has decided to learn some new skills. As I've seen on Twitter from those motivation accounts, if you don't come out of quarantine with a new skill, it's not because you don't have time, but it's because you're LAZY. Emily's goal? Learn how to throw a football. This all started after she was made fun of for her throwing motion. I cannot find that video, so let's just focus on the current product.

Because her inspiration is Drew Brees, let's compare to his throwing motion. We'll start with the lower half. As you can see, Drew Brees drives off his back foot to create momentum towards his target: 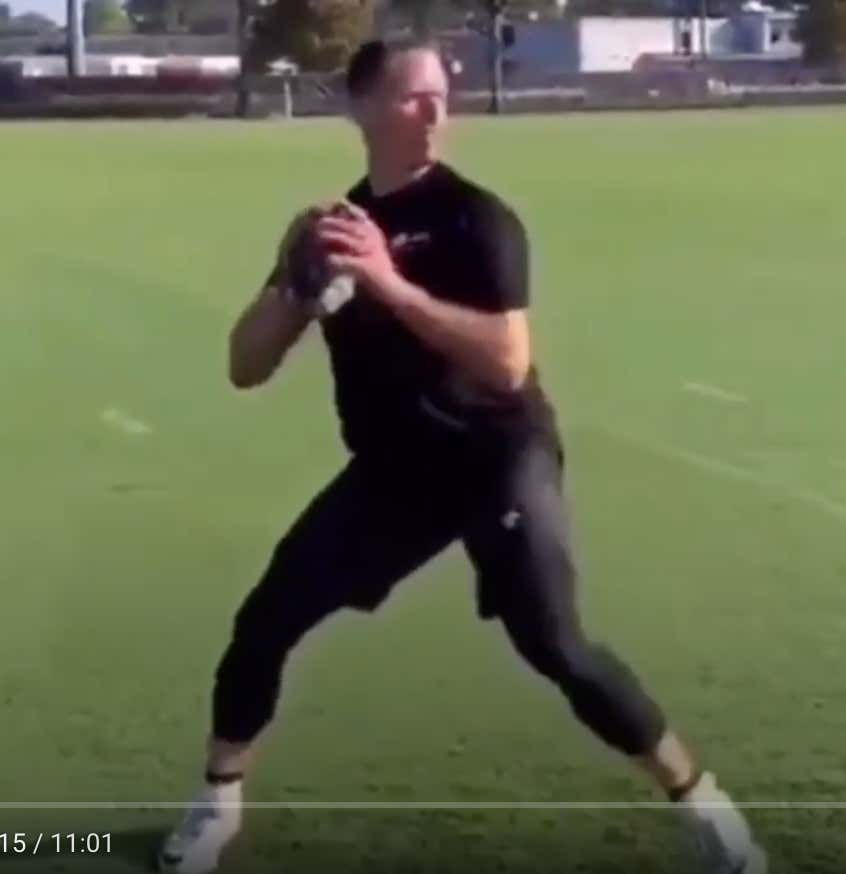 During Emily's first week video, she doesn't really have a motion with her bottom half. She stick her lead foot into the ground way too early and doesn't drive through her hips: 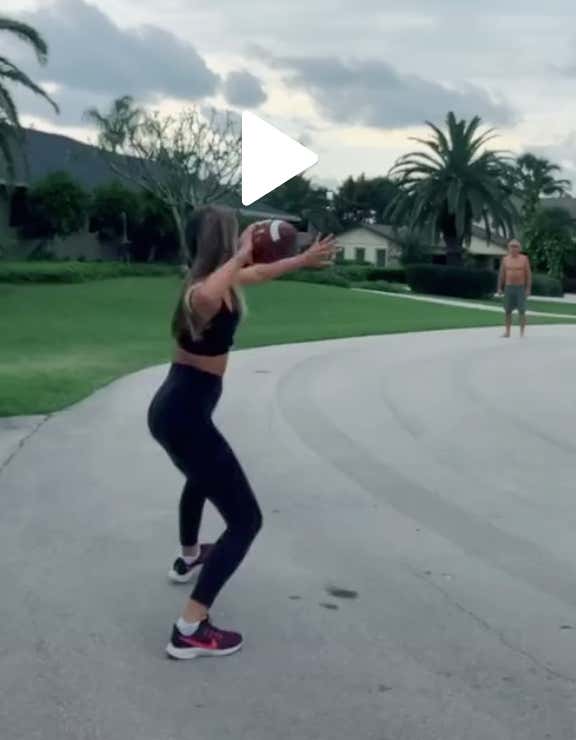 Also, in the picture above, you can see her hips are WAY off. It's as if she is throwing to another target: 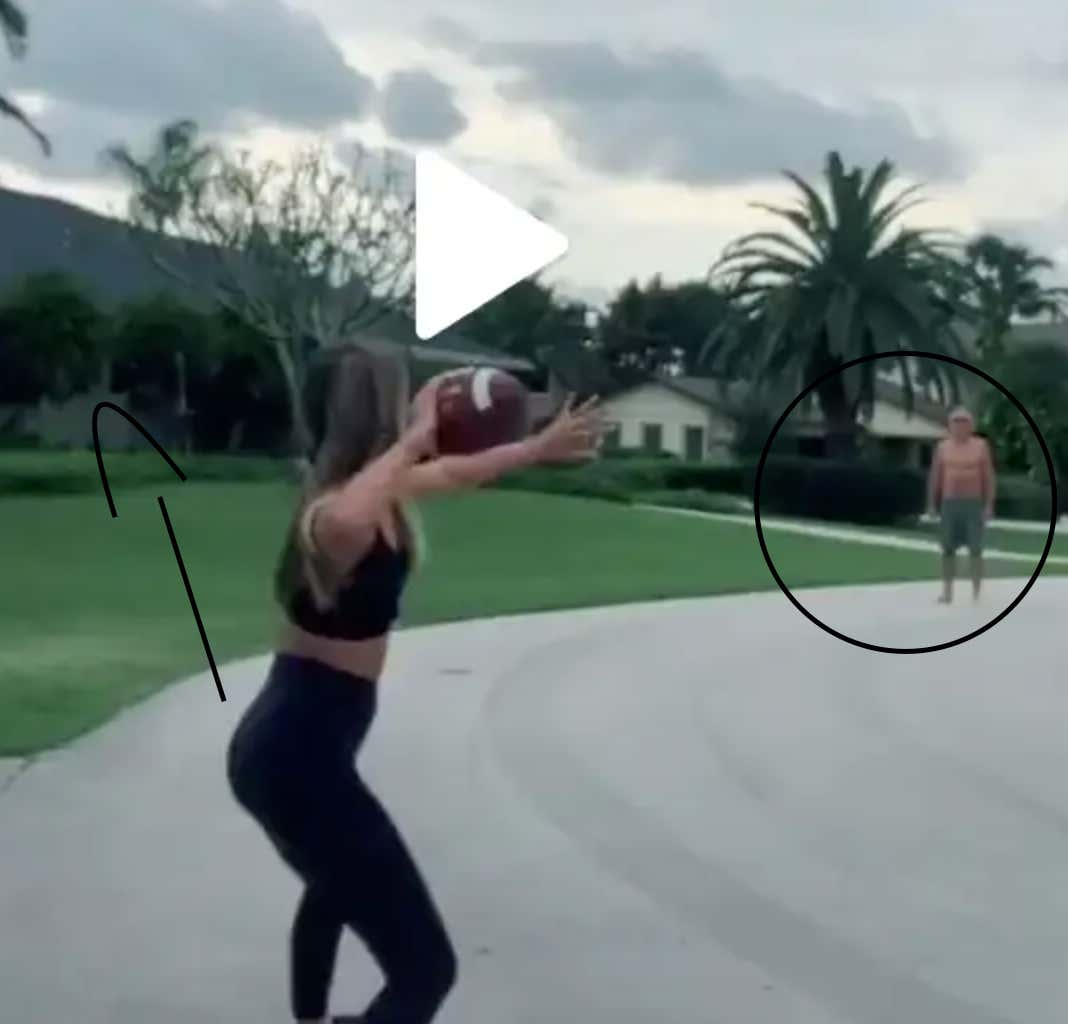 This leads to a follow through way off from the target: 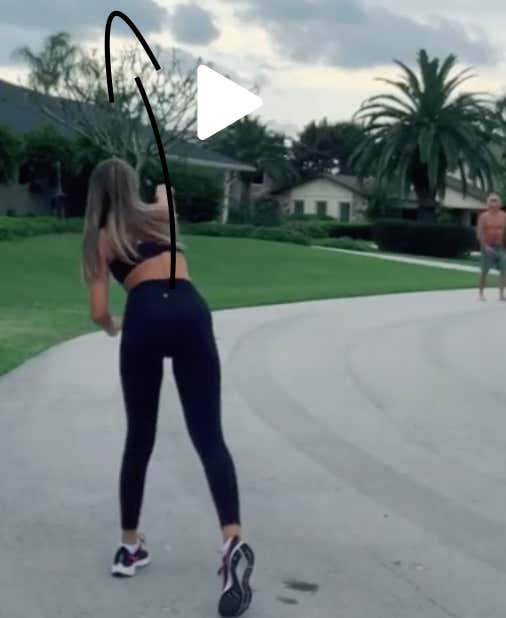 Another issue was Emily not completely following through. Look at where her arm would stop after releasing the ball: 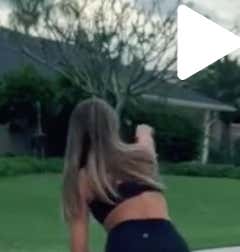 Drew Brees follows all the way through, landing at the opposite hip of his throwing arm: 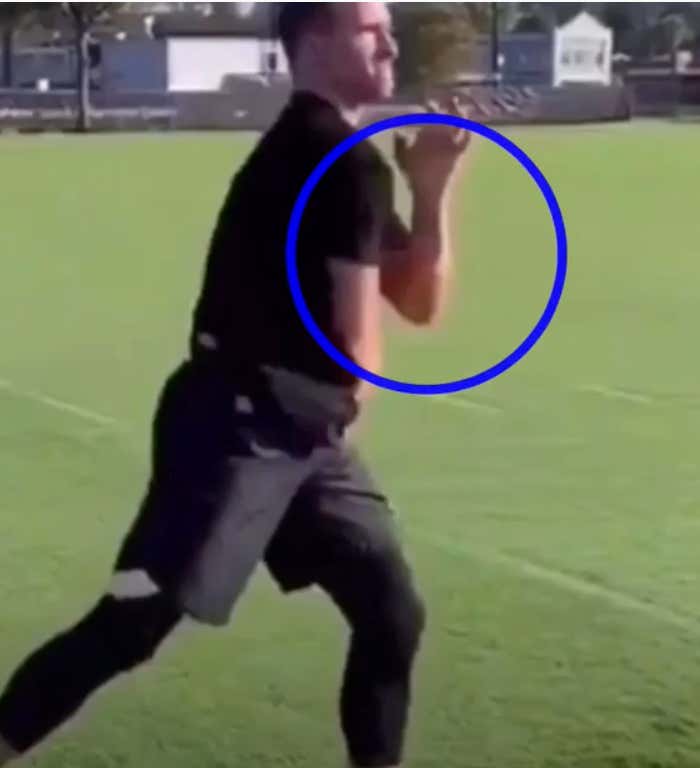 Emily improved on this in week 2, as we can see her throwing arm does not stay up. 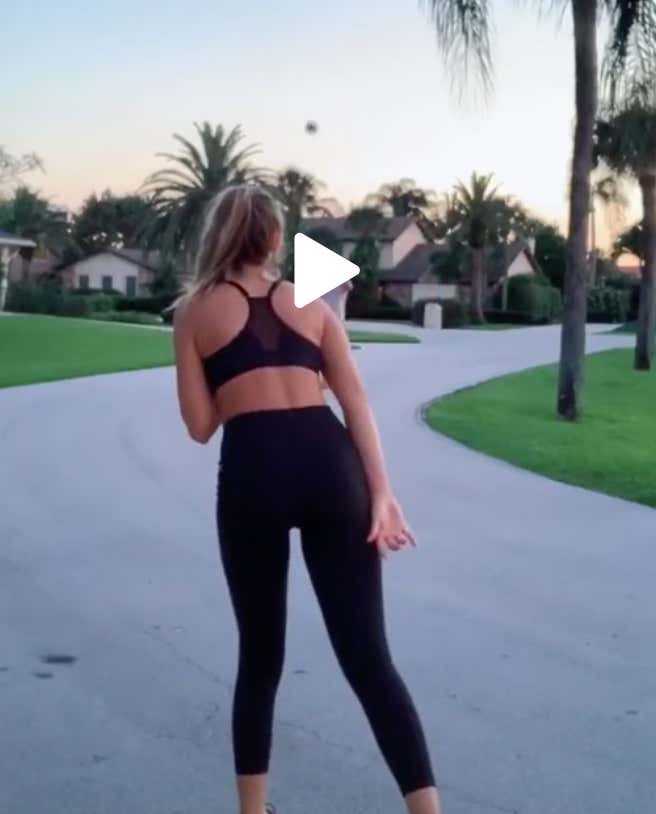 That being said, the arm needs to follow all the way through to the opposite hip. This is what she should work on in week 3.

Let's talk about the feet. Emily is pointing RIGHT at the target with her feet: 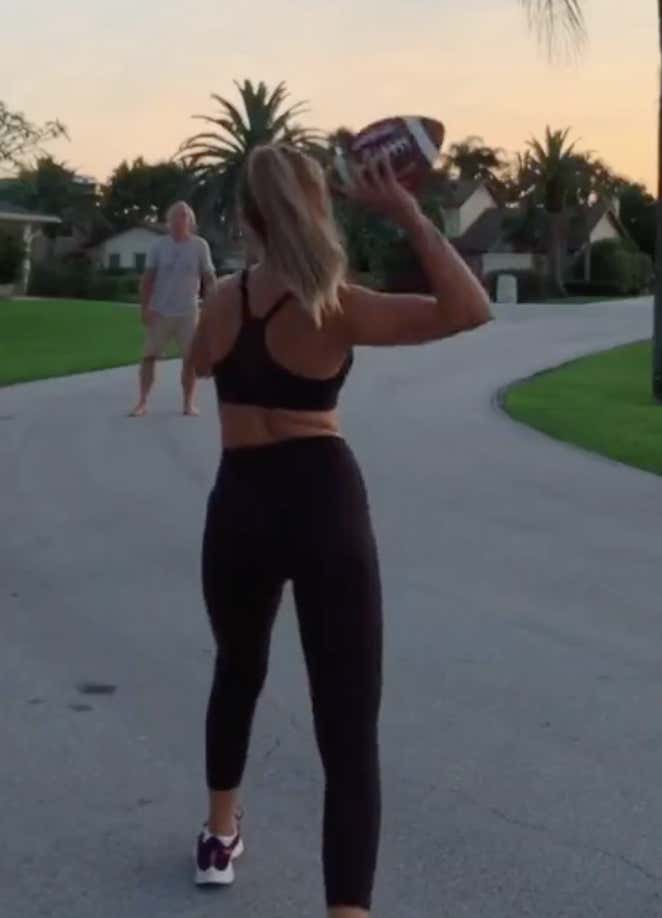 We want that foot more to be at a 45 degree angle at the point of release. Look at Brees: 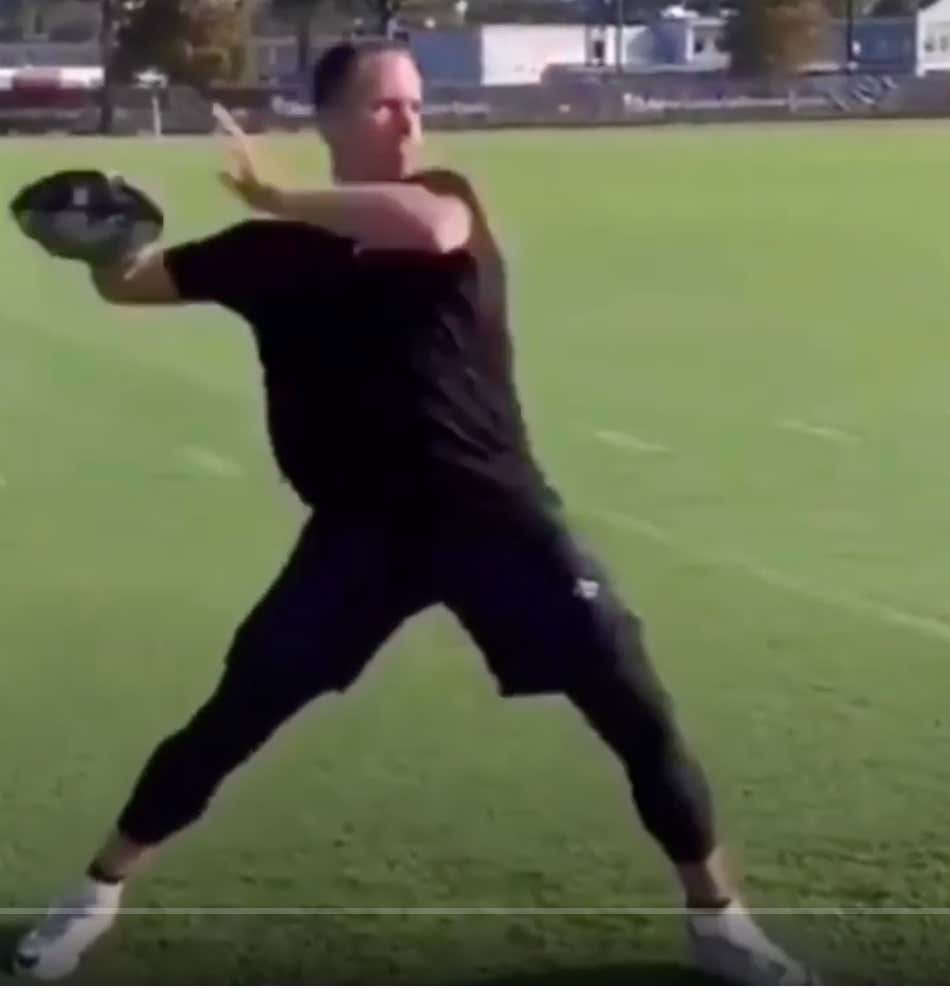 See that foot? This will allow for more TORQUE from the hips.

One other thing I've noticed from Emily, she sort of falls over wit her upper half after throwing the ball. 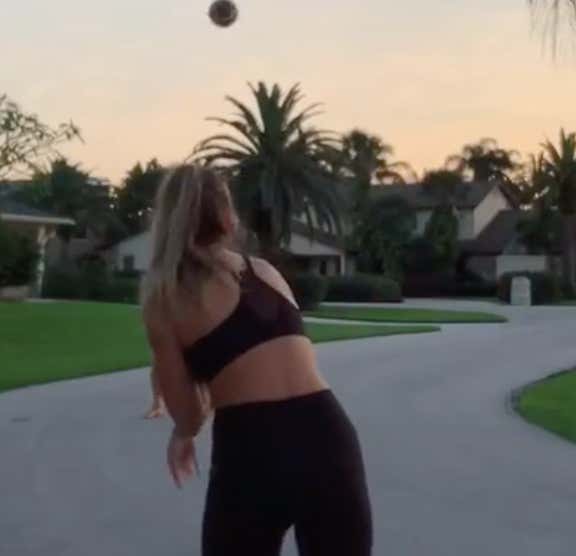 She needs to be more upright. Take a look at Brees: 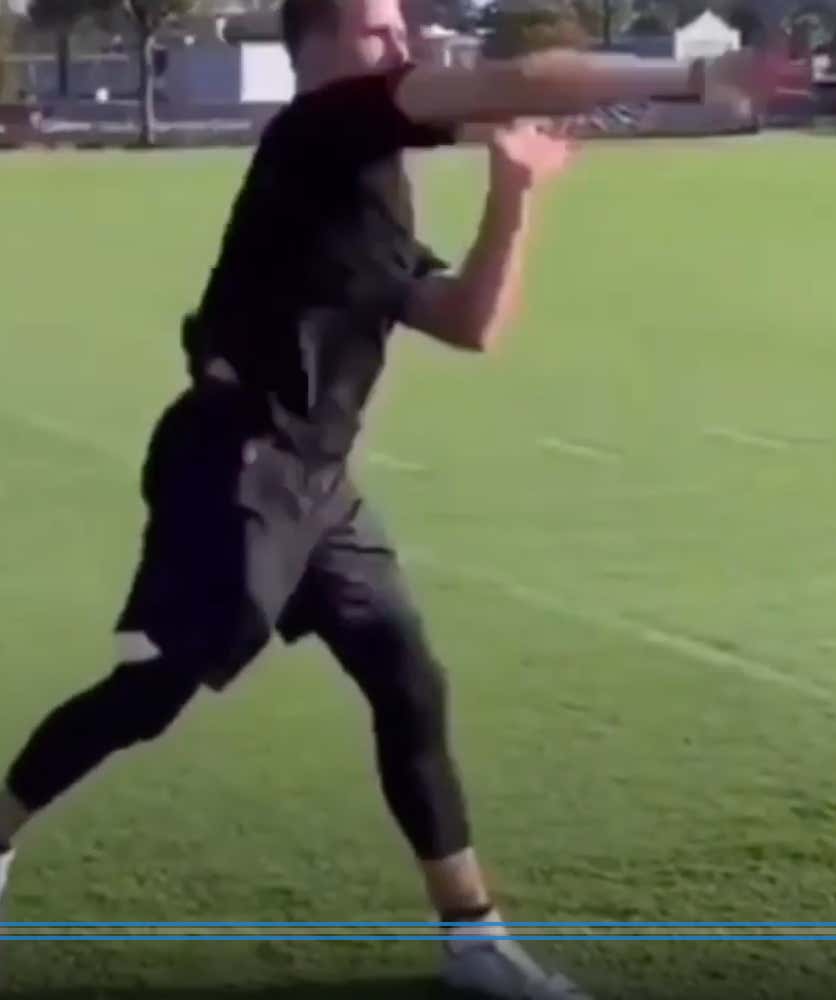 The knees are another thing. Look how upright she is while throwing: 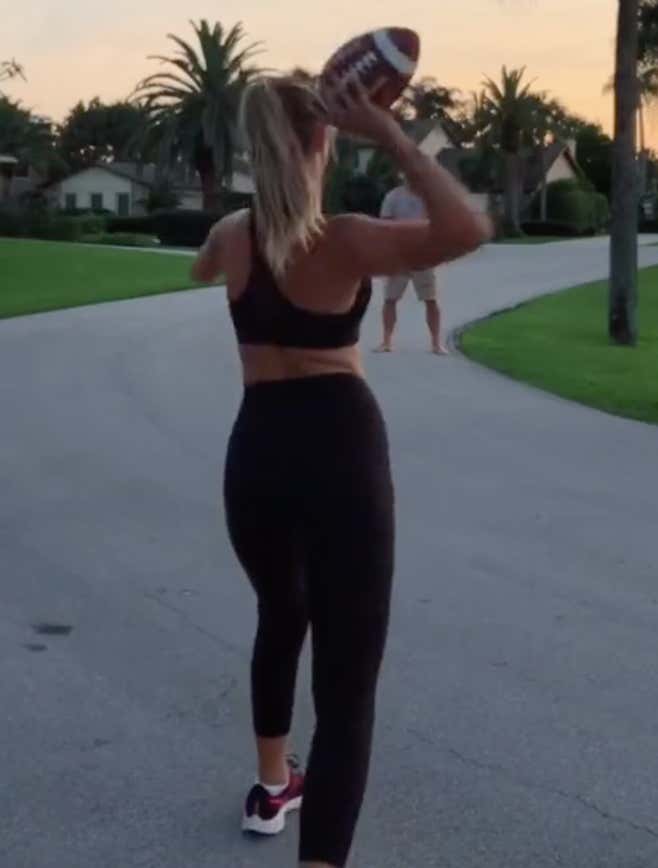 Look at Brees' lower half! 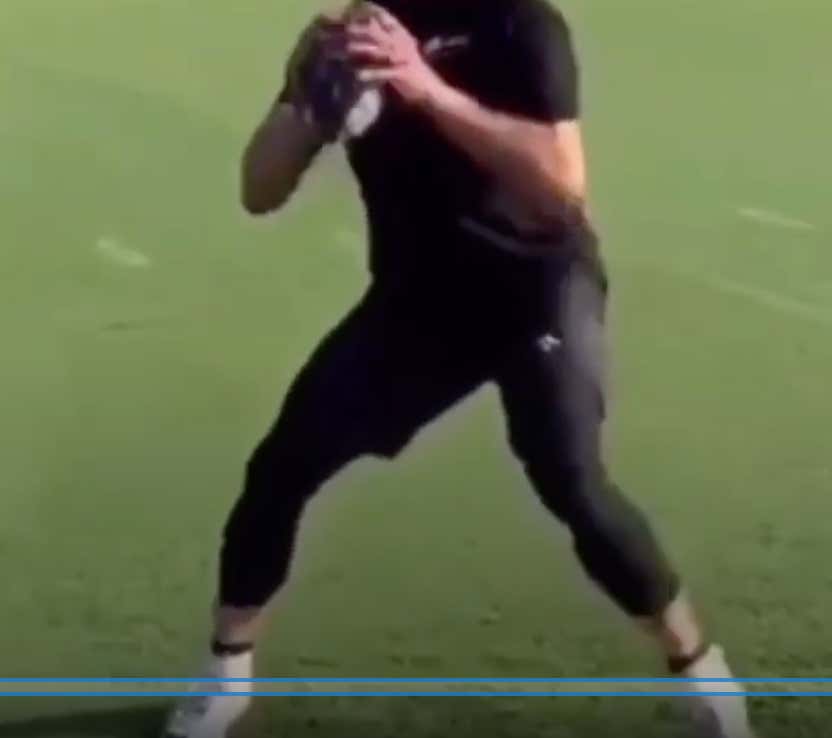 All in all, pretty good job by Emily considering she's only been at it for 2 weeks. I would like to see more hip drive, her throwing arm following through to the opposite hip, and a more upright position while throwing….plus, don't be afraid to get a little bit more athletic while throwing. You don't have to bend the knees a bunch, but a little bend will make the torque from your hips that much stronger and equal a better-thrown ball.

Excited to see her improvement next week.