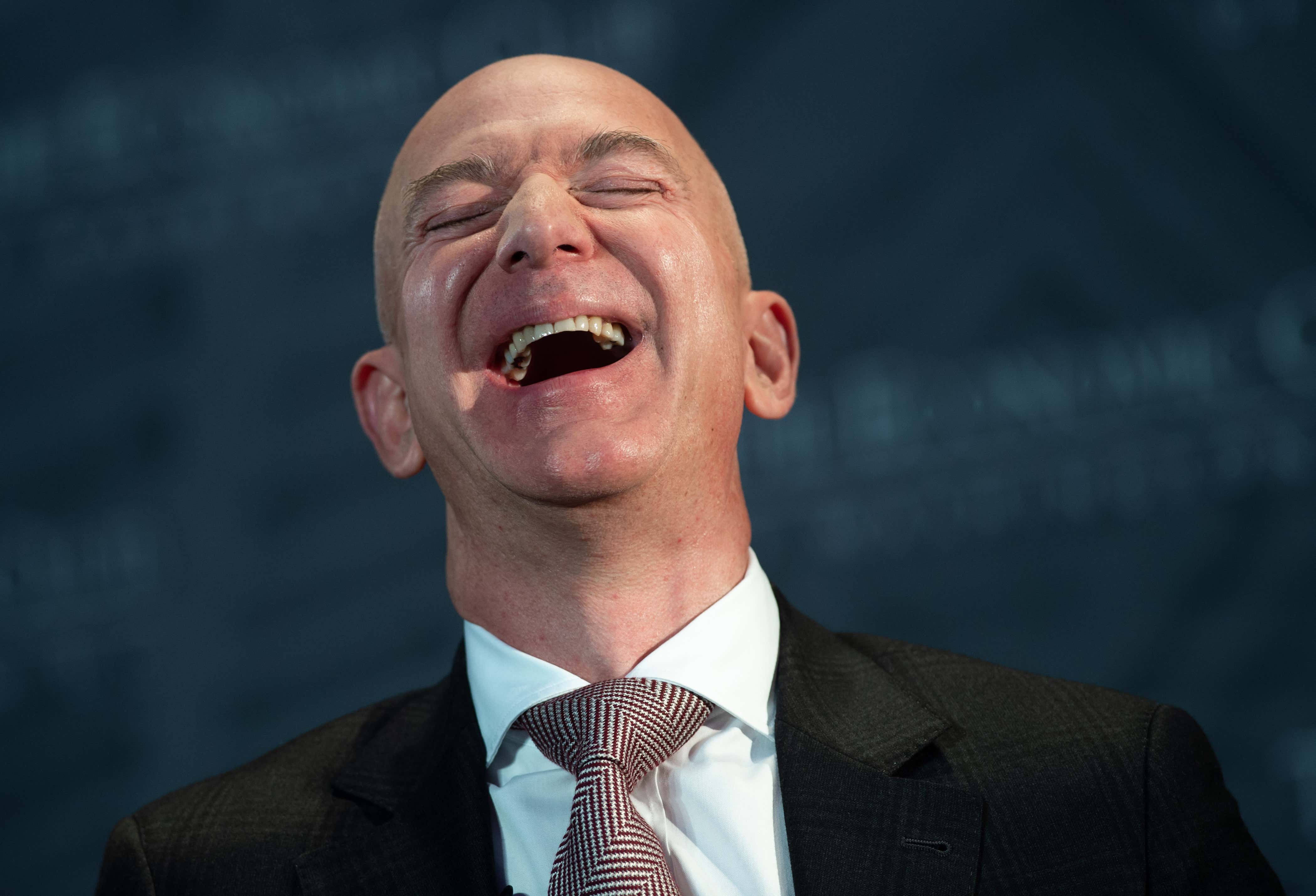 GQ - Since January 1, 2020, his personal wealth has increased by $25 billion, slightly more than the GDP of Iceland or the equivalent of 25 Michael Bloomberg presidential campaigns. Chuck Collins, one of the study's authors, called this surge "unprecedented in modern financial history." And as Amazon stock has soared more than 30 percent this year, CNN wondered if it might be the "ultimate coronavirus-proof stock." The windfall for Amazon, now worth just shy of $1 trillion, is thanks in large part to so many people being unable to leave home to shop and a rash of small business closings across the country.

Bezos gets the clicks, but he's far from alone on the list of the flush getting even more flush.

The Guardian - Between 18 March and 10 April 2020, over 22 million Americans lost their jobs. Over the same three weeks, my co-authors and I find in a new study for the Institute for Policy Studies, US billionaire wealth increased by $282bn – an almost 10% gain.

Forbes - Billionaires, including Bezos, his ex-wife MacKenzie Bezos, Eric Yuan (founder of Zoom), former Microsoft chief Steve Ballmer ( owner of Skype and Teams) and Elon Musk, each saw their fortunes jump by more than $1billion dollars.   Bezos, Bill Gates and Warren Buffett have as much money as the bottom half of all American households. This is juxtaposed with roughly 78% of people in the United States living paycheck to paycheck, 20% with no or negative net worth and lack three months worth of emergency funds.

In addition to the billionaires, the rich are getting richer too. The multi-trillion dollar stimulus plan included financial help to small business owners in the form of the Paycheck Protection Program. The program was corrupted by large companies taking a lion share of the proceeds.

Before you head to the comment section and call me a socialist let me stop you right there.

I'm a capitalist. I believe in meritocracy. Hard work should reap high reward. Bezos might be the antichrist, but he is one of the smartest humans to ever live, and is the definition of self-made. For that, I respect the hell out of the guy. He's one of, if not the greatest entrepreneur's in history. Talking Vanderbilt, Carnegie, Rockefeller. Bezos smokes them all. But as much as I suck the guy's dick even I have to admit he's playing with a stacked deck at this point. And so are most of his cronies.

I'm well aware of the concept of compound interest, and that having a shit ton of money allows you to make a shit ton more.

Almost all brick and mortar stores have been ordered closed for almost all of Q1. His competition has effectively been eliminated. Media outlets, like The Washington Post, which he owns, have been banging the drum daily about the need for all of us to stay inside. Amazon has without a doubt made our lives easier. It's arguably the most innovative company of all time. But it's also been given a gigantic funnel during this time. We're talking one guy profiting $25 Billion in 3 months. That's greater than some first world nation's GDP. You could buy the Dallas Cowboys 5 times over with that much money. (Speaking of which, how doesn't Bezos own a team in each league by now? What is taking so long for the Ford family to turn over the keys to the Lions? (A few $100 million in capital gains?) Get that shit done and get this man into the mix with the NFL. Free poor Lion's fans from their misery.

To Trent's dismay, what's even crazier is Elon Musk could possibly do better.

Six weeks ago, with U.S. stock indices and Tesla shares plunging as the scope of the severity of the COVID-19 pandemic unfolded, the odds Musk would achieve the first tranche of his 12-part $55 billion compensation package looked slim. Yet Forbes now estimates the stock’s 100% rebound from a recent low-point on March 18 has Tesla on track to hit both six-month and 30-day market cap averages of $100 billion in early May. Once that happens, the company’s board would award Musk 1.69 million Tesla shares that, factoring in an exercise price of $350.02 share, would have a net value of at least $600 million. Tesla’s rebound far outpaced the 18% increase in the S&P 500 and GM’s 30% rise since March 18.

That package, which has 12 components with a maximum possible value of $55 billion, is tied to shareholder value. The first component, which Forbes cited, allows Musk to get 1.69 million Tesla shares if the company's trailing six-month and 30-day market cap averages $100 billion. As long as Tesla doesn't take a major hit in the next week or so, sometime in early May, the stock should reach those levels, triggering Musk's stock windfall.

The timing on this is nothing if not odd, coming as it does when the world's economy is buckling under the pressure of coronavirus. Tens of millions of Americans are out of work, and Tesla itself has said that it needed to renegotiate leases and furlough employees to maintain its business. There's no telling when the economy will begin to turn around.

Back to Bezos and Amazon and their stranglehold on the U.S. marketplace during this unprecedented time…

The same is true of other companies, such as Apple, Google and Microsoft, that are starting to resemble near-monopolies. Their raw power, warchests of money and political clout make them almost invincible. Though, we have a history of breaking up companies, like AT&T, that have acquired too much power and control.  There have been calls for Congress to set up a “Pandemic Profiteering Oversight Committee”—similar to the one established by then U.S. Senator (before he became president) Harry Truman. He created the “Senate Special Committee to Investigate the National Defense Program,” which was established during World War II to investigate corruption and profiteering.

This call for an oversight committee might be a stretch. But one key point they brought up is the call for cracking down on offshore accounts.

Shut Down the Hidden Wealth System. Congress should crack down on capital flight and wealth hiding.  As much as $21 trillion in wealth is now sitting hidden in offshore tax havens, shell companies, and trusts.  For any tax policies to be effective, Congress must shut down the international wealth hiding apparatus by using legislation, trade negotiations, and international sanctions to require greater corporate transparency, eliminate tax dodges, and provide greater resources for tax enforcement.

"$21 TRILLION hidden in offshore shells". How, and why the fuck are we paying 11% sales tax on everything in Chicago when there's an entire continent's GDP worth of taxable money just sitting in the Caribbean, not being taxed? Wild.

ps - I don't know dick about futures or options but I have some really smart friends that do.

Last night I saw oil jumped and texted my broker buddy in NY busting his balls about not giving the rest of us a heads up. He responded with a great analogy that broke down the entire thing into a very understandable concept. Figured it was worth the share. 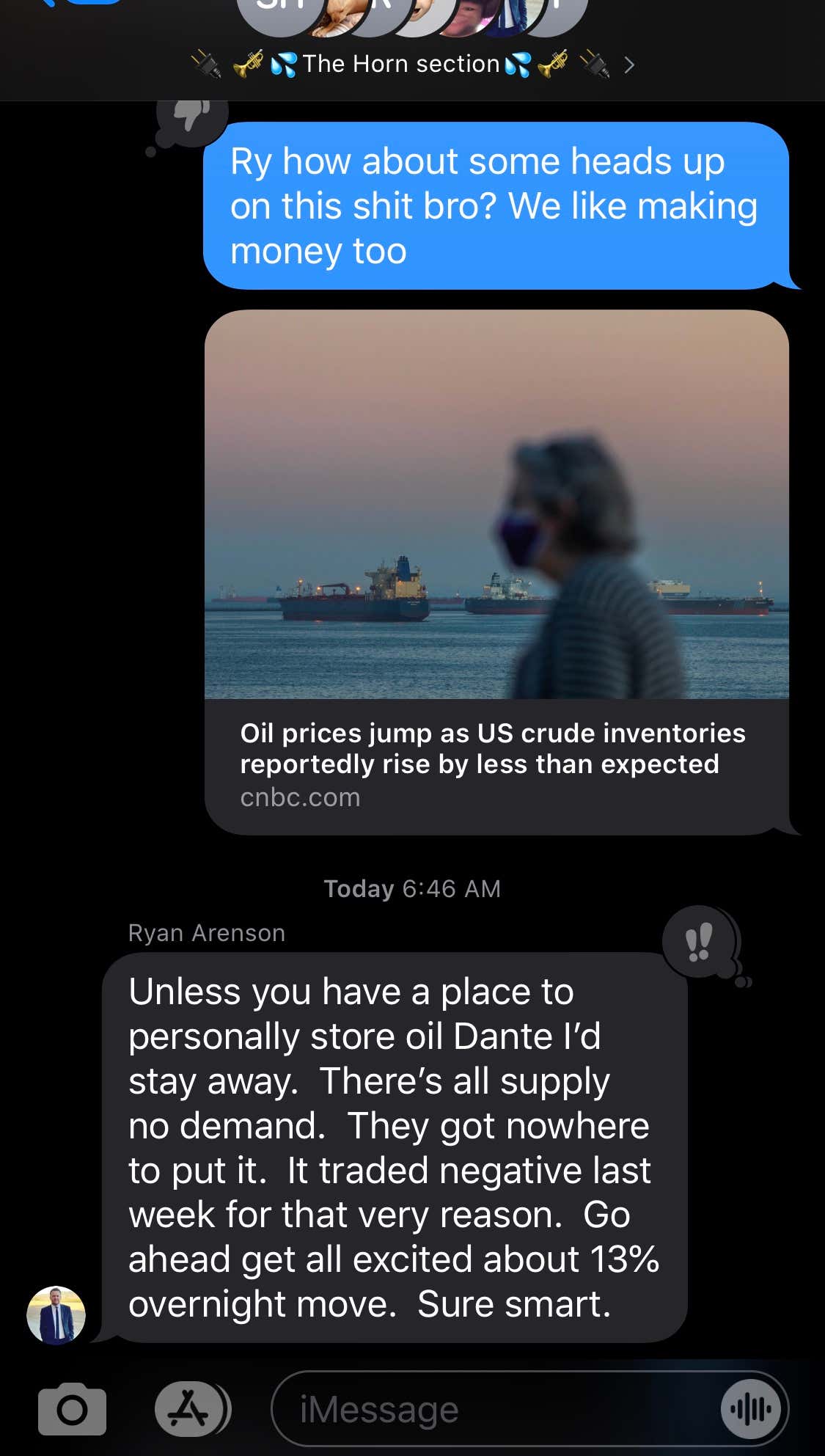 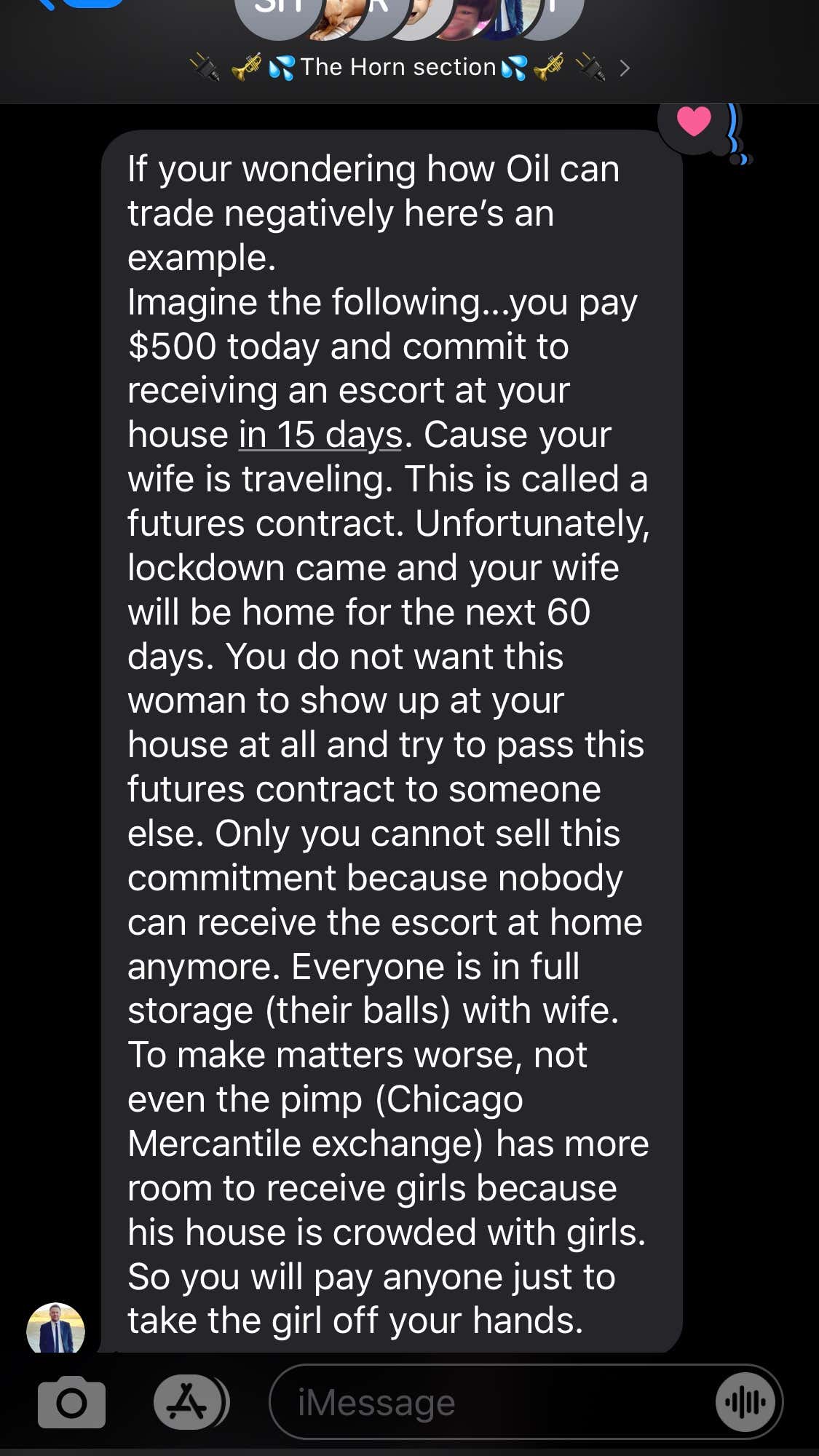 The Merc = A Pimp