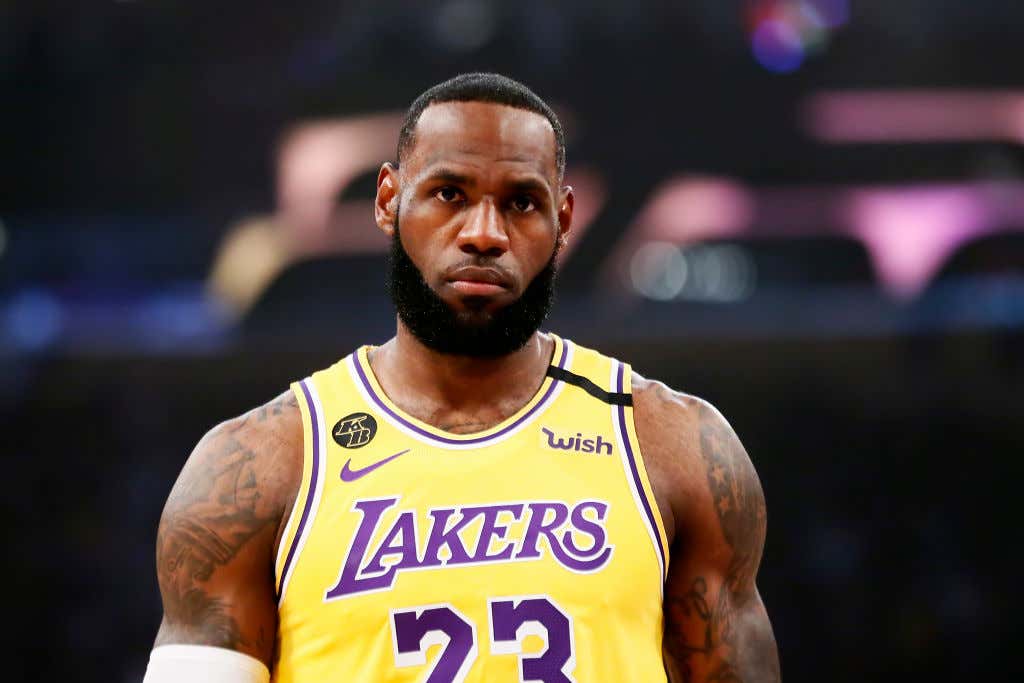 (ESPN) - The Lakers have been in contact with the Los Angeles mayor's office to discuss the possibility of opening their practice facility for players before the current shelter-at-home order for L.A. residents expires on May 15, sources close to the matter told ESPN.

The NBA announced Monday it will allow players to return to team facilities for voluntary workouts starting May 8. The Lakers, sources said, organized a conference call on Monday with their players to detail what the safety measures will be when the time comes for their doors to open -- be it May 15 or sooner.

This right here is what we would call the least surprising news of all time. Not only are the Lakers now a poverty franchise

but now they think they're above public health? You know what happened here. LeBron threw a fit that other teams were going to be able to come back and train before he could so naturally he had the team reach out to the local government to see if they can break the rules. Just another case of LeBron thinking he's better than the common man. Pretty sure he's had no problem working out and staying in shape, have you see his Instagram?

You live in a city with a longer shelter in place order? Tough shit. That's life. The whole point of having the order is to keep the public safe. Doesn't matter if you're a title contender like the Lakers, a team destined for the high lottery, or a regular person. Everyone has to play by the same rules. You don't see the Clippers doing this do you? They are every bit a title contender the Lakers are but they're following the rules. Not at all surprising that an entitled franchise led by an entitled superstar would try and get special treatment. Blatantly spitting in the face of the CDC and regular people everywhere. They don't care about your health, they care about making sure LeBron doesn't lose a competitive advantage. It's disgusting really.

It also wouldn't shock me if the mayor caved and granted the Lakers special access (and the Clippers too I suppose). We all know it's a Lakers town and if they want it they'll get it. That's fine as long as their fans accept that not only were they trying to steal money from small businesses until they got pressured to return the money, they also don't give a shit about the rules and the overall health of the residents of Los Angeles.