Chicago Mayor Lori Lightfoot tore into some of her fellow Chicagoans for whooping it up at a "reckless and utterly unacceptable" house party, in violation of statewide shelter-in-place orders.

Video of a crowded, raucous party in northwest Chicago sent Mayor Lightfoot into a Twitter rage on Sunday, as she chastised revelers for putting others at risk. 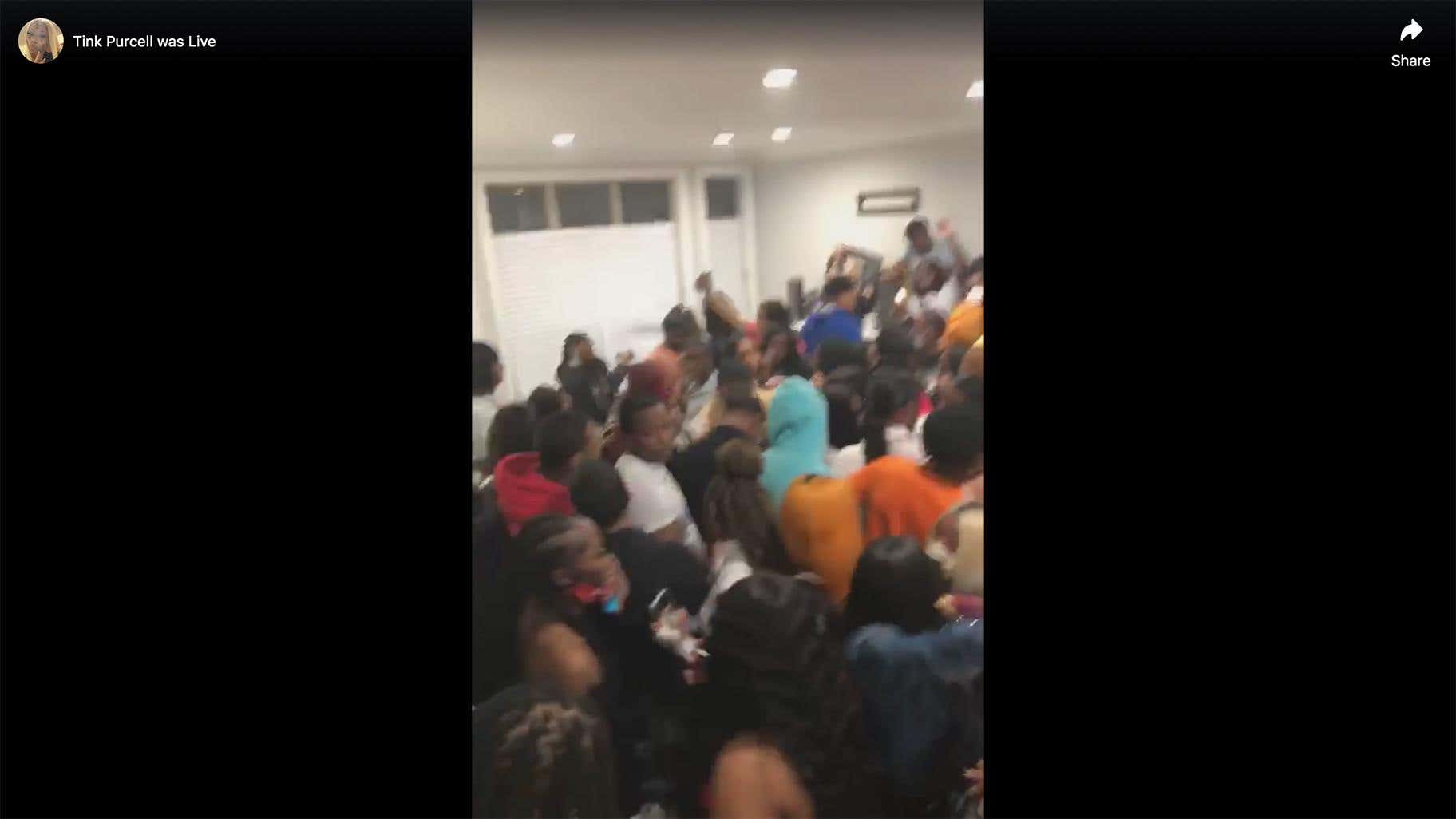 Chicago police said Monday afternoon they had confirmed where the party took place and determined officers responded to the home in the city's Galewood neighborhood over the weekend.

"Shortly after midnight on April 26, officers from the 25th District responded to multiple calls regarding a large party at a private residence on the 2000 block of North Narragansett Ave," Chicago police said in a statement. "The responding officers dispersed approximately 50 individuals from the residence and closed the event without further incident, citations or arrests. A subsequent review of the incident was conducted by the 25th District, and the homeowner was issued a notice of violation for disorderly conduct on April 27. The City will follow up with the owners of the property and attendees to ensure any health risks that could have arisen from this party are monitored and mitigated. The Department thanks the surrounding community members and Alderman Villegas for their partnership in this investigation."

Mayor Lightfoot said she has seen this video which was recorded on Facebook Live on Saturday around midnight showing people packed into a house party on Chicago's West Side.

Lightfoot called the party "reckless" and "utterly unacceptable" and Chicago police have warned of their commitment to disperse crowds, issue citations or even arrest people.

At a press conference Monday afternoon, Lightfoot said, "Every single person who put themselves at risk puts the next person and the next person that they come into contact with at risk. That's why for me, that scene is so distressing, but we'll get to the bottom of it."

A flier posted on that same Facebook user's page advertises a Komak Airbnb Party, offering free food. There is no address provided, but the flier said to "DM/Inbox for location."
One man who wanted to remain anonymous said his neighbors had a large party Saturday night and said many called 911.

"It shouldn't be happening," he said. "When they go home, they're putting their families in jeopardy and putting us in jeopardy. All for one fun night and it's not worth it."

Gov. Pritzker recently extended the stay-at-home order, which bans public and private gatherings of more than 10 people who are not members of the same household.

He reacted to reports of the video at his daily briefing Sunday, saying it's literally putting people in danger.

The video has received international attention, with a writeup in the UK’s Daily Mail.

Purcell posted Sunday on her timeline: “I had my mask and sanitizer I was good.”

Can we all be real with one another for a minute here?

We're almost out of the weeds on this thing guys. Things are slowly starting to open back up. There's hope in sight. The curve has been flattened.

We're all losing our shit, bored out of our minds.

Netflix has been completed. Video games conquered. Relationships fake rekindled because people have nobody else to talk to.

As a society, we've been at the tipping point for what feels like a few weeks now. But there is finally light at the end of the tunnel and I'm proud of us (besides you Georgia and Florida). I'm proud of most of us.

Not Georgia, not Florida, and not these guys. 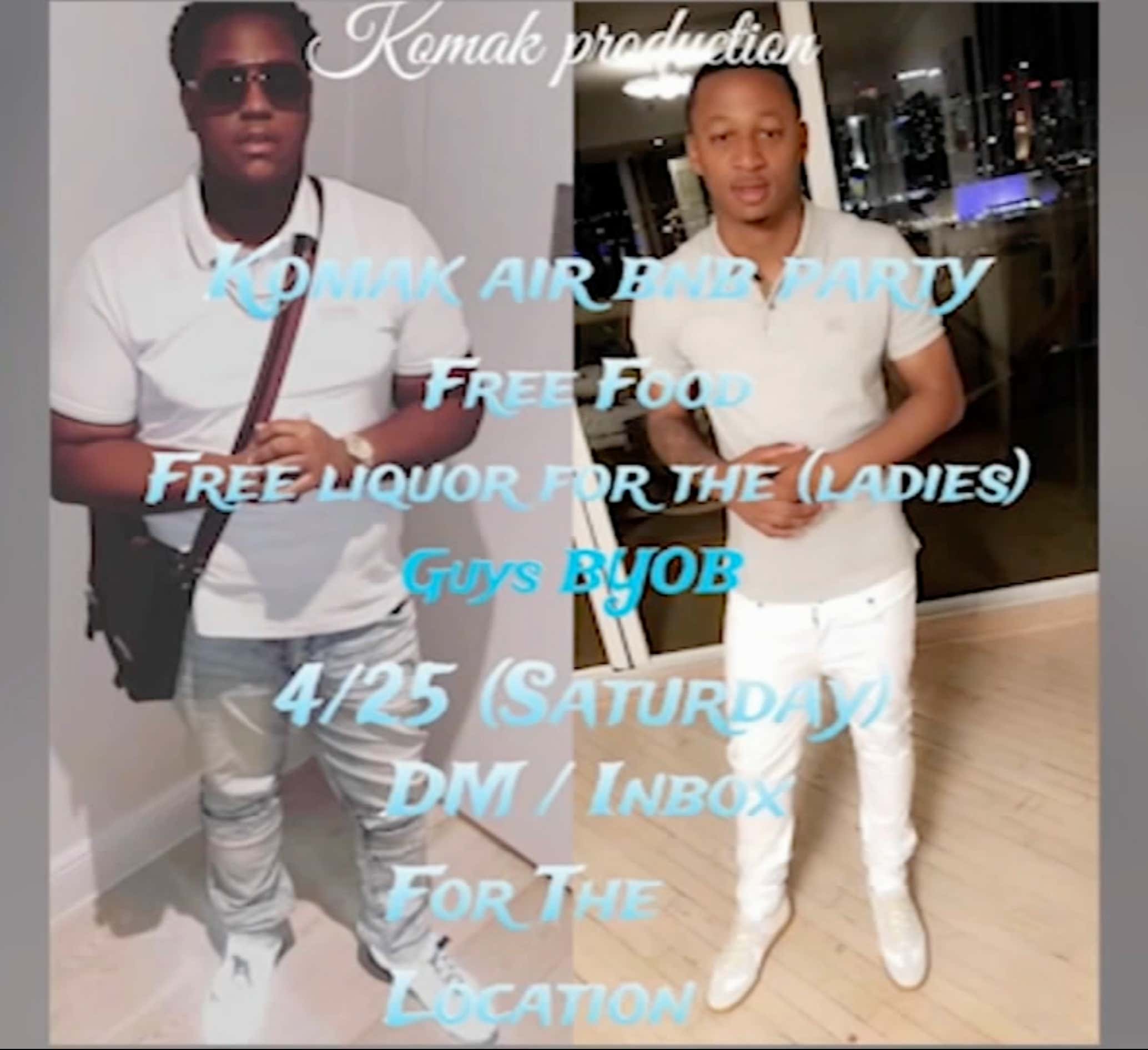 Do These Look Like the Faces of Two Men Who Turned
Their Mom's 2 Bedroom Apartment into Tao NIghtclub During A Pandemic?

That said, to the "Komac Productions" individuals behind this rager on the West Side of Chicago, was it really necessary to throw a Barstool Blackout (Hip Hop Edition) in your 2 bedroom apartment over the weekend and fuck everything up for the rest of us?

The headline of this blog is not hyperbole. These guys did 1,000 people through their doors.

MTO News reached out to a woman who claims she attended the party - and she described the atmosphere inside.

The partygoer told us, '[There] were about 1,000 people in the yard and in the house. It was really crowded and hot." She claims that the partygoers were not worried about contracting the coronavirus, after attending the party.

Watch the video for yourself-

That flyer above is what they were blasting all over social media last week.

If Eddie's boy Jason Knowles and the ABC7 I-Team can track this down why can't Chicago's City officials or police?

There isn't shit going on right now. Stay woke on Tik Tok, snap chat, Instagram, twitter whatever the hooligans are up on these days promoting their parties. We used to have 8 people (6 guys, 2 girls max if we were lucky) over on the down-low at my friend's basement in highschool splitting a rack of Coors Lights and the cops would show up like it was a sting operation breaking up the next 9/11 plot. How are these kids, er gentlemen, promoting a Covid-19 quarantine ripper so flagrantly, and the only way anybody finds out about it is because some squid (that was able to get in because the entire city was there) had to pull out his phone and broadcast it to the world?

Speaking of which, are we really Zooming house parties now? Is that the new low point we've reached as a social-media addicted species? First, it was concerts, then it was video games, now we're fucking streaming being at a house party?

Clean it up guys.

ps- Not defending The Donald here but it's scenarios like this that make it easy to see why his administration doesn't take the City of Chicago or this state seriously. Along the Lakefront bike path right now the city has cruisers parked every 100 yards, and a thousand sawhorses barricaded at every possible entryway onto it like the Germans are invading. They've threatened $500 fines and jail for the 1% of people in the city that enjoy exercise if they are caught. Meanwhile, shit like this bender isn't just going down, but it's being flaunted and promoted, to the point it goes internationally viral, and the only way anybody from City Hall found out is because they ratted on themselves.

(Stuff like that and the whole "being the murder capital of the US" thing that everybody else in the country thinks is a huge deal but everyone here is just numb to it.) 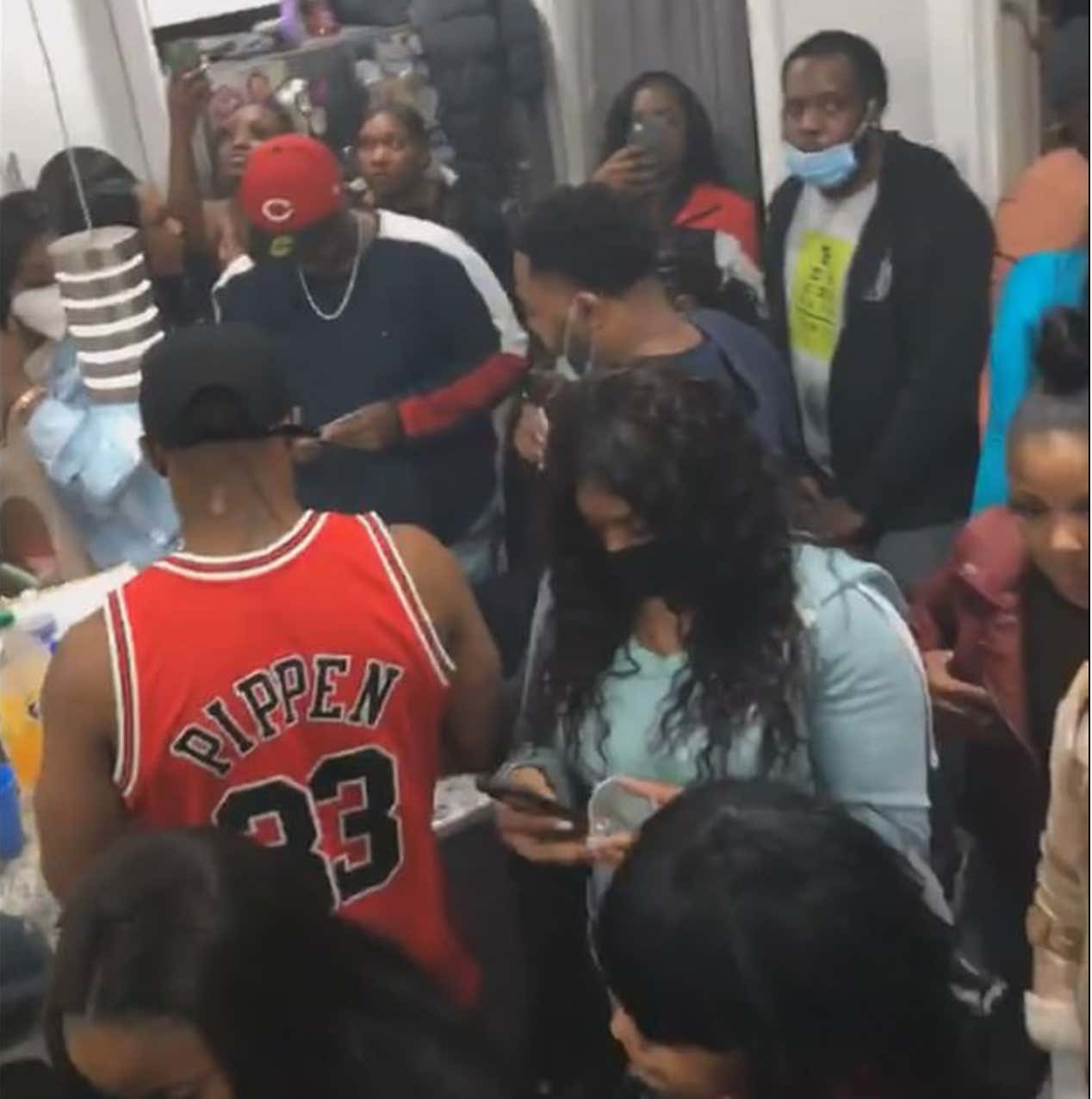