I am going to piggyback off of Chief's blog yet again like I did during our two part Fuck Reggie Miller series last week.

This may seem like piling on since today is as much Fuck Isiah Day as it is Holy Fuck Carmen Electra Is Hot Day, with everyone piling on Isiah for the shenanigans from last night's The Last Dance along with Isiah pulling a typical Isiah bullshit spinzone this morning.

Fuuuuuuuuuuuck Isiah Thomas. Now unlike Reggie Miller, Chief and I have very different reasons for our hatred of Zeke. I can't fault Isiah for being on a team full of bad motherfuckers that tried to turn NBA basketball into WWF wrestling because that's exactly what my beloved 90s Knicks did, except with no rings to show for it. Isiah and The Bad Boys were just really good at their job, no matter how big a scumbags they were while doing it.

Instead I say fuck Isiah Thomas for being absolutely TERRIBLE at his jobs after he retired from playing yet kept getting hired because he had a hell of a resume, the voice of the softest kid in your neighborhood, and the smile of a snake oil salesman.

Fuck Isiah Thomas for being the President of Basketball Operations for the Knicks that helped drive the franchise into the depths of hell it still hasn't recovered from since along with James Dolan, Scott Layden, Steve Mills, and The All Knowing Phil Jackson When He Is Coaching The Best Players In The Universe And Not The One Acquiring Them.

I could go on and on about Isiah's time in New York. But that would result in me jumping out of my window since the quarantine blues already suck enough. Instead I'll leave you with the infamous Eddy Curry trade that did a better job rebuilding the hated Bulls then it did the Knicks since it not only cost them two high lottery picks but it clogged up their cap space with Eddy Curry's big ass ALONG with Jerome James' big ass who Isiah signed that same offseason. 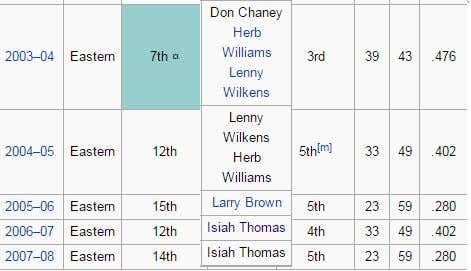 And the infamous sexual harassment lawsuit that was settled for $11.6 million that Isiah later tried to spinzone because that's what he does.

We could discuss how Isiah did hit on some picks later in the draft like David Lee, Trevor Ariza, and Nate Robinson. But Isiah's gross mismanagement of the cap and getting taken to the cleaners in trades worse than Davey Daytrader has with Boeing is straight up memeworthy.

Fuck Isiah Thomas for continuing the tradition of shitty basketball at FIU.

While I personally loved seeing this, I will say fuck Isiah Thomas for Pacers fans for when he turned a contender into a first round speed bump in the East while being bookended by two coaches that had them contending every year. 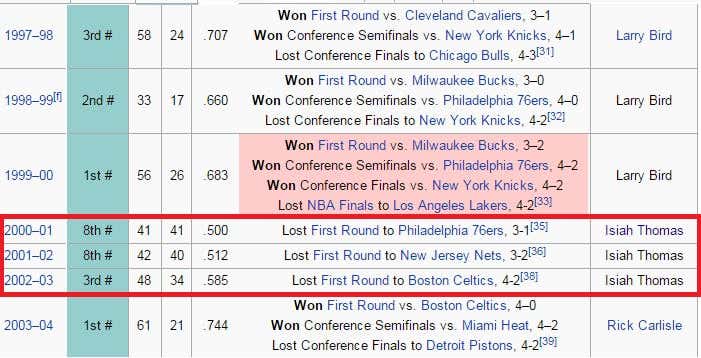 Oh yeah and fuck Isiah for reportedly insinuating his friend Magic Johnson might have been gay after he revealed he had HIV back in the 90s then getting Magic to apologize to HIM because Magic is the nicest dude on the planet.

Something tells me next week I will be saying fuck the Chicago Bulls (and probably Charles Smith along with the refs that allowed the Bulls to pull Bad Boys shit on him during that fateful 5 seconds of hell if we are being honest). But until then, fuck Isiah Thomas for being awful at everything basketball related that didn't involve playing it.