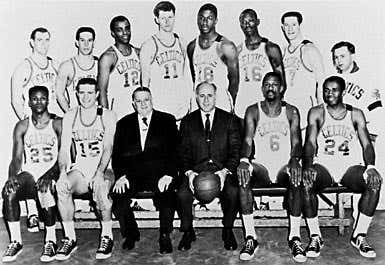 It is seventh heaven for the Boston Celtics as they win their seventh consecutive NBA Championship. It is also the eighth championship in nine straight appearances in the NBA Finals for the Celtics coached by Red Auerbach. The NBA Finals against the Los Angeles Lakers are a cakewalk for Boston, as they win the series in five games, taking the clinching game at the Boston Garden 129-96.

The real drama in the NBA Playoffs occurred in the Eastern Division Finals. The Celtics survived a scare against the Philadelphia 76ers in seven games, as John Havlicek saved the day with a steal in the final moments of Game 7. It was another dominating season for Boston, as they finished 62-18.  It was only in the Eastern Division Finals where they were pushed as Wilt Chamberlain helped turn the 76ers into a formidable foe.

It was the fourth time in seven seasons; the Boston Celtics faced the Los Angeles Lakers. In 1959 as the Minneapolis Lakers, the Celtics won in four straight games. The Lakers took the Celtics to a seventh-game in 1962, their first NBA Finals appearance after moving to Los Angeles. In the 1963 NBA Finals, the Celtics needed six games to beat the Lakers. After a disappointing 1964 season, the Lakers returned to the NBA Finals after posting a record 49-31 for coach Fred Schaus. After finishing first, the Lakers reached the NBA Finals by beating the Baltimore Bullets in six games, as Jerry West had a monster series, averaging 46.3 points per game.

The Lakers were dealt a significant loss before the NBA Finals as Elgin Baylor was unable to play with a knee injury. Game 1 at Boston Garden would be a blowout, as the Celtics dominated the game, winning 142-110. The Celtics had six players reach double-digits, led by Sam Jones, who scored 25 points. Game 2 would be the closest game of the series as Jerry West had a game-high 45 points. The Celtics, however, had five players score 20 or more and won the game 129-123. Bill Russell finished the game with 23 points and 25 rebounds for Boston, as John Havlicek had a team-best 24 points.

Down 2-0, as the series shifted to the Los Angeles Memorial Sports Arena, the Lakers again got a big game from Jerry West. West would score 43 points as the Lakers beat Boston 126-105. Knowing that Jerry West was the key to the Lakers’ success, the Celtics focused on picking up the defense for Game 4, and it paid off as they won the game 112-99. Sam Jones would score 36 points for Boston, winning 112-99 to take a commanding 3-1 series lead. 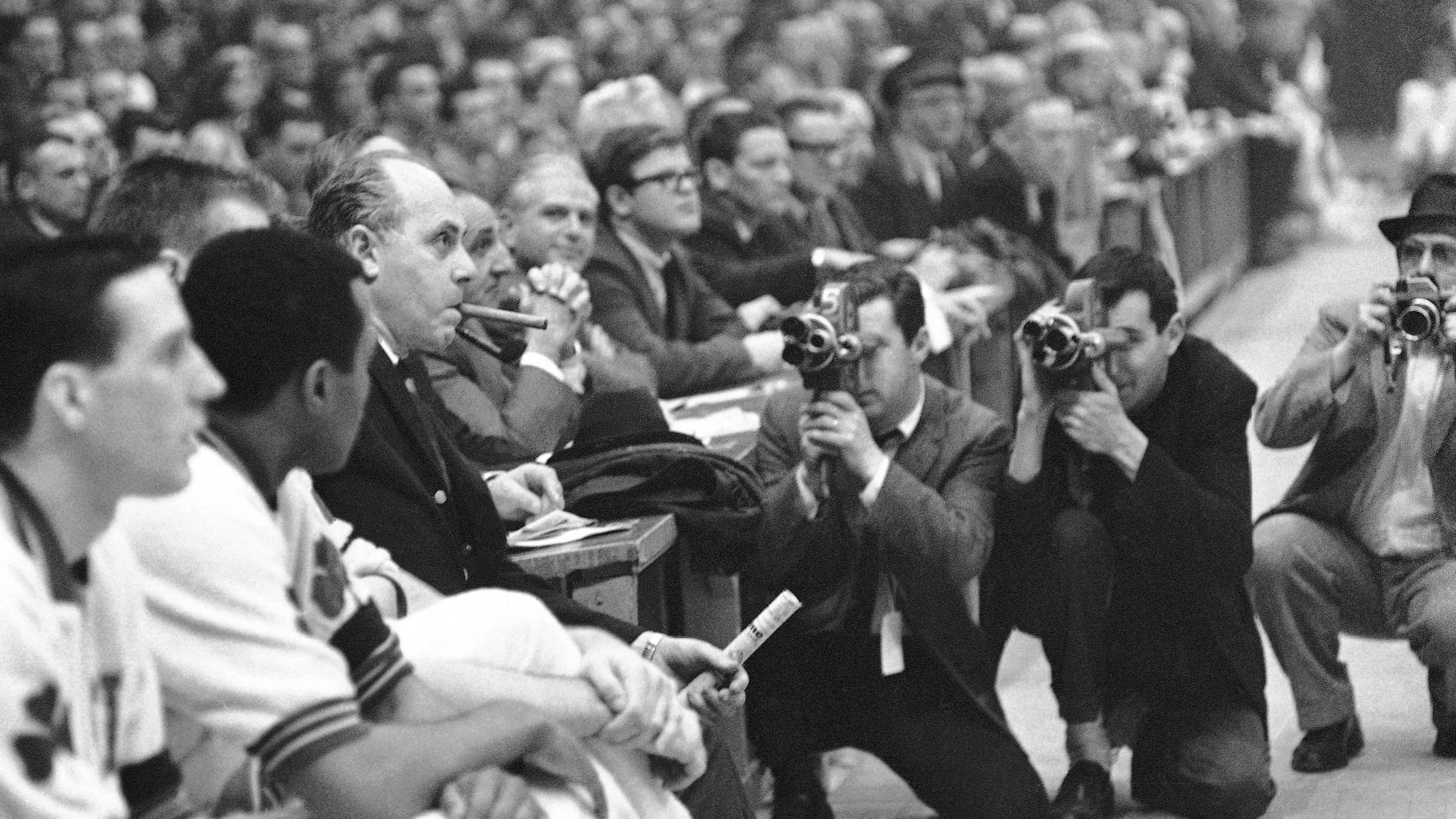 Game 5 was almost a carbon copy of Game 1 at the Boston Garden, as Jerry West was game’s leading scorer with 33 points, but the Celtics had too many weapons as seven players reached double-digits. The Celtics would win the game 129-96 to clinch the championship. Once again, Red Auerbach lit a victory cigar in the game’s final moments. Sam Jones and Bill Russell each had 22 points in the clincher, while K.C. Jones had 20 points, John Havlicek had 18 points, and Tom Sanders had 16 points.

The Celtics would defeat the Lakers again in 1966 for their eighth straight championship. After falling short in 1967, the Boston Celtics won two more championships, each at the expense of the Lakers in 1968 and 1969.