Damn, hate to see the Redskins select the consensus stud pass rusher of this draft with the 2nd pick only to see him get placed in the same division as his kryptonite a mere 2 spots later. Welcome to the Thunderdome, Chase. If that is your real name.

The haters will say that Thomas jumped early on that 2nd play but I don't see no laundry on the field. I haven't seen any more film between these two pop up on the internet yet, so I have not choice but to declare Andrew Young as the Chase Young Stopper from this day forward, regardless of if Young added a small human worth of muscle while at Ohio State.

Speaking of film, here is some tape of Thomas banishing Reags' boy toy Josh Allen to the shadow realm.

I am firmly in the camp that Dave Gettleman didn't take Allen at 6 because he knew Daniel Jones wouldn't last until 17 and you cannot get cute when there's a QB you want to draft, even if you are passing up on a potential monster off the edge. We also heard the Broncos were interested in DJ, with the Broncos trading back in the first round after the Giants drafted Jones, despite John Elway denying the rumors. Regardless of what's true, maybe its for the best that Josh Allen isn't on Big Blue because having to get stonewalled by Andrew Thomas on a daily basis could cause Allen to lose his love of football and retire.

If you want some more tape of Thomas matching up against a pass rusher that was in this year's draft, I say this matchup against LSU's K'Lavon Chaisson should suffice.

What's that, the infallible PFF actually liked a Giants pick more than the mock draft experts and everyone else trying to figure out the inexact science of drafting?

PFF- Don’t listen to anyone who says, “this should have been Mekhi Becton!” Andrew Thomas was the highest-ranked offensive lineman on the PFF Draft Board, and he has put forth elite production against some of the stiffest competition in college football. In 2019, Thomas posted an elite 92.5 overall grade that ranked third in the FBS, and he was one of the few to produce top-10 grade both in pass protection and as a run-blocker. Dave Gettleman and the Giants got themselves the best offensive tackle in the draft.

I can't confirm this, but I'm pretty sure Ereck Flowers allowed 37 pressures per game during his time as a Giant. Andrew Thomas allowed that many his whole career facing the best athletic specimens that a little conference called the SEC had to offer ever since he was a freshman. And while the true value of PFF grades can be debated forever, I think having a 92.5 overall grade is #good for a guy that many people saw as the clear best tackle prospect before everyone started running around in the underwear in Indianapolis.

As for those wondering how Andrew Thomas graded out in my CFF (Clem Football Focus) rankings, he is an A based simply on his name fits in that 4th spot perfectly. I can imagine people looking at this draft in a few years and seeing OT Andrew Thomas going at 4 and thinking "Yup, that was where he should have gone considering how good he's been". Next level analytical football for your asses*. 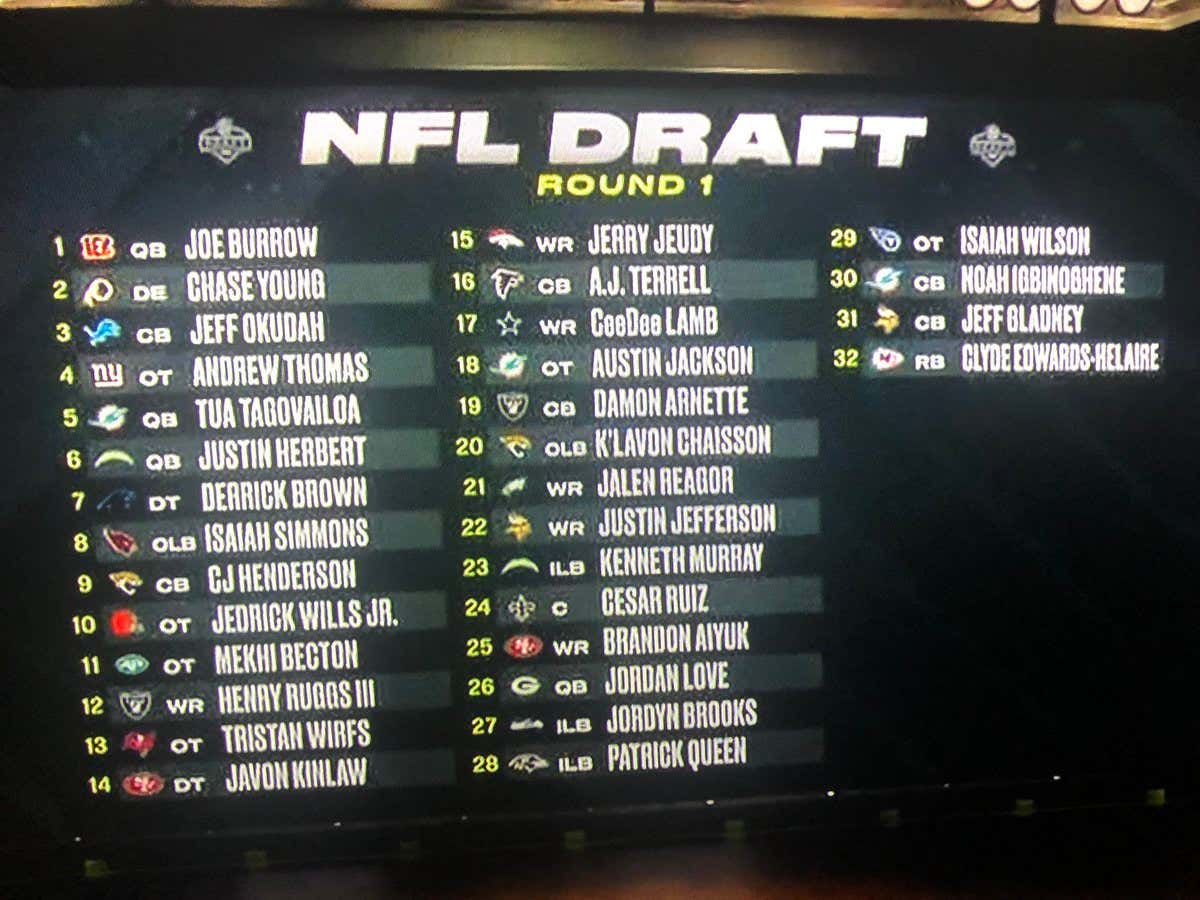 *You cannot Old Takes Exposed me for saying this because we are in quarantine and everybody needs to believe in the best case scenarios while in quarantine. In the end, I'm just happy Giants fans aren't bitching and moaning the day after the draft for the first time in years