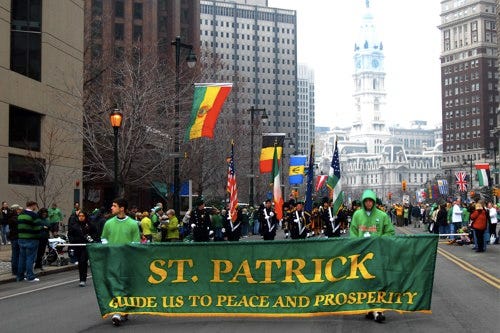 Reminder: Send any and all mayhem from Round 2 of Erin Express this weekend this way – Phillytips@barstoolsports.com or Tweet/DM it at me @Smittybarstool. That is if you survived the first Saturday.

We did this list last year and now we gotta rattle the cages yet again.  Get ready for one of the most glorious celebrations of the year, St. Patrick’s Day in Philadelphia.  Time to drink until you see literal Leprechauns digging for gold. Only Scranton does it better, baby. Or so I’ve heard.

Obviously, anywhere you go for Erin Express 2.0 on Saturday is going to be a certified shitshow of a zoo.  Here are the best places on and off EE’s list to drink until you see literal Leprechauns. Basically, it’s almost time to get piss drunk with your Philly Irish brothers and have one hell of a good time. Sure, you can do the straight Erin Express route and not go wrong, but this is for those who fly by the seat of their pants. Even though there’s a decent chance those pants will be missing by dinner time.

Sticking to (mostly) Center City here with 1 Univ City, 1 Olde City and 1 Fairmount Area bar. To the Manayunk and South Philly saints who are already blacked out enough to know their areas have been omitted: Relax, and respect.

Honorable Mentions: The Black Sheep, Oh Shea’s, Smith’s, and Fergies – but mostly because these are somewhat classier establishments where if you piss yourself at the bar it’s for some reason looked at as an ejectable offense. 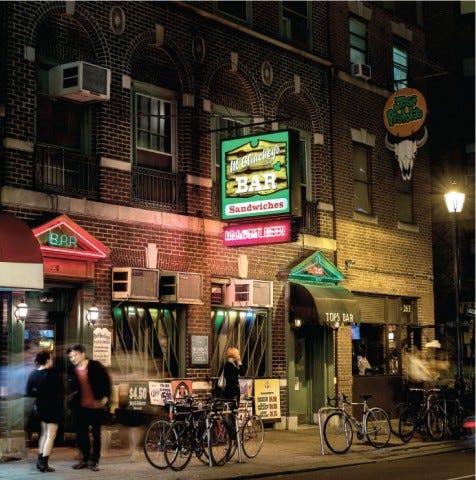 McGlinchey’s is one of those great dives where you walk in for a quick brew and bite then BAM! You’re 10 beers and Jamo shots deep passionately yelling that Kefin Sefcik should have never sniffed the Majors, let alone for 7 damn years. A fair warning, leaving this place with both your bank account or liver in tact is considered an old wise tale. 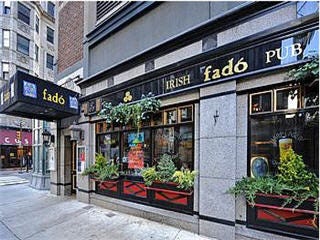 Lumped these bars together because everyone knows about them. You want to think you’re with the crowd, take Car Bombs because you’re that cool and pay $6 for Bud Lights then one of these corporate operations is your play. All spots will be more packed than a drug dealer’s asshole checking into prison, but it is what it is. Still a decent time as they usually close down the streets outside of Fado and Cav’s. Would probably go with Fado over the rest as they’ll most likely have a great band inside and it’s the closest one to Chipolte (need that burrito base at least once during the day to soak all the alcohol). 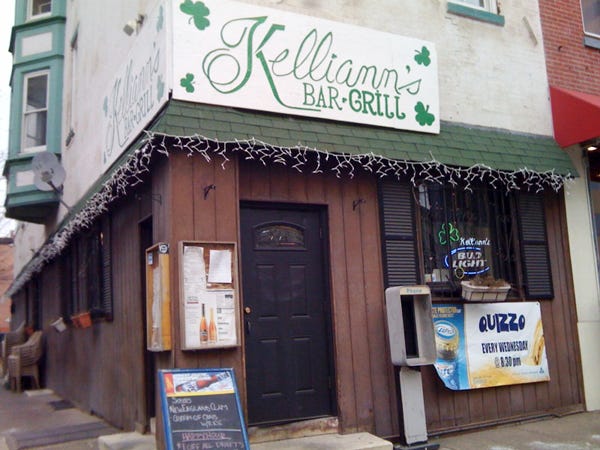 Need a spot to where you can get a seat, cheap beer and a bite before diving head first into some Leprechaun tats? Kelliann’s is your place. It’s a marathon, not a sprint, Laddy’s. Did the Dive Bar Review here and it’s perfect to sit down and get some of the best wings in the city before inevitably shitting them out in a Porta-Potty/back alley later. Just don’t look directly into the owner’s eyes if you want to leave with your soul. 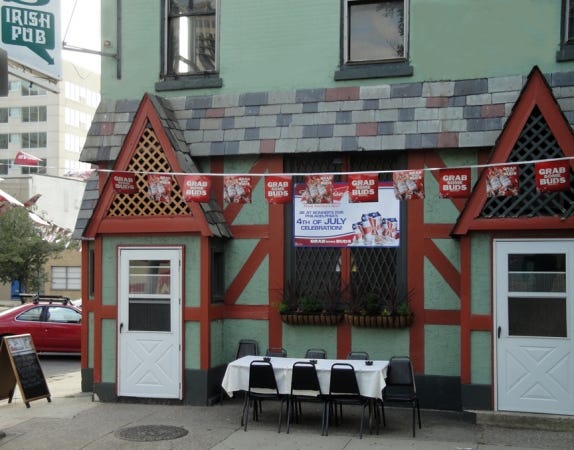 You wanna get nuts? Come on! Let’s get nuts. Only go to Bonner’s once a year, and it’s for Erin Express/St. Patrick’s day. Actually anyone who goes there not on St. Patty’s day has more issues than solely a drinking problem. But for this day, Bonner’s is the certified tits. Entire block is one big drunken green fiesta. Pretty last year we paid for pitchers of beer with those chocolate golden coins and not a single fuck was given by all. 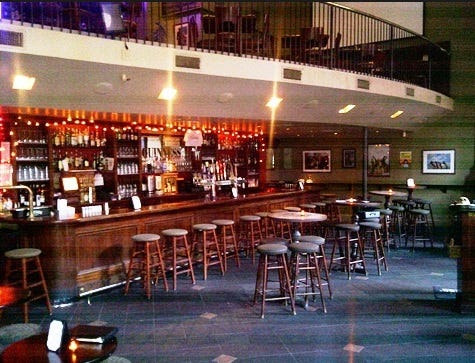 A Double Decker paradise in Olde City with smokes and live Irish music galore.  What more do you need out of life?  Just remember to pay  your drunken respects to Independence Hall and Benjamin Franklin Gates after you inevitably get kicked out. 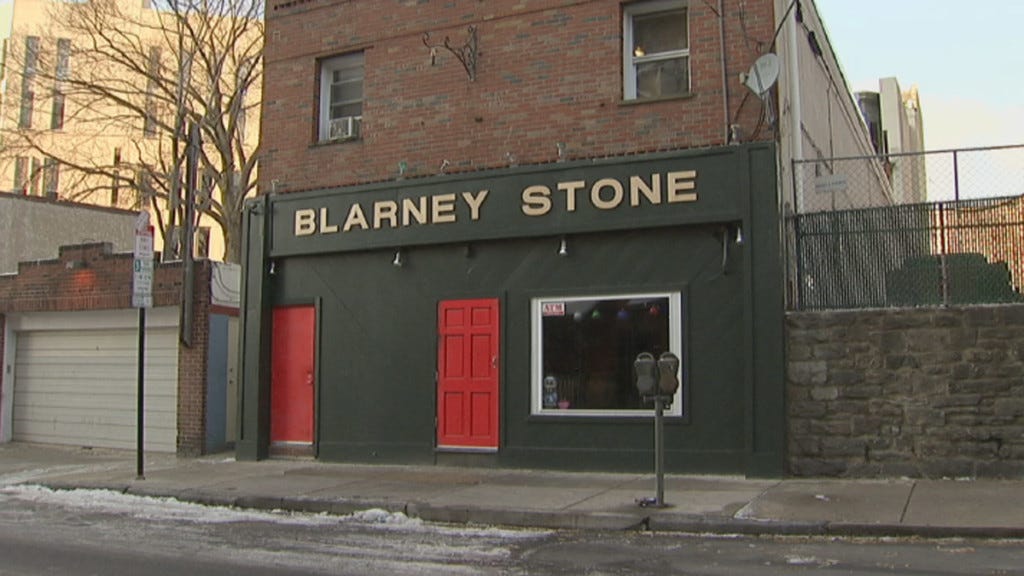 It’s in University City and will be a mess of a madhouse, but worth it if you can make the trip. Great bar, cheap drinks and an even better atmosphere. Never fails. FYI: Dignity is not allowed to step foot into the Blarney Stone. Leave that shit in Center City. 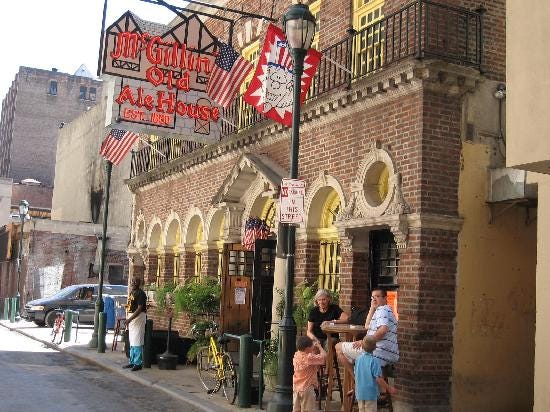 BOOM! Both a decent place to end up at later in the night or to pass out at during the day. It’ll be wall to wall, but Philly’s oldest bar is a great spot. If you can get a table you’ll be there from 11am to close and if your bill exceeds $100 you will have drunk enough alcohol to kill a blue whale or Matt Stairs, whichever beast can hold more. Also one of the few places where you can control the playlist, a huge underrated plus. God help everyone if I find my way there drunk and find a $20 in my pocket. It’s a Springsteen, Johnny Cash and Eric Church concert for the rest of the evening. Mix in some Billy Joel and a You Can Call Me Al for the kids and call it a life.

And that’s all she wrote. Think you have what it takes to make it out past dinnertime? Psshh.