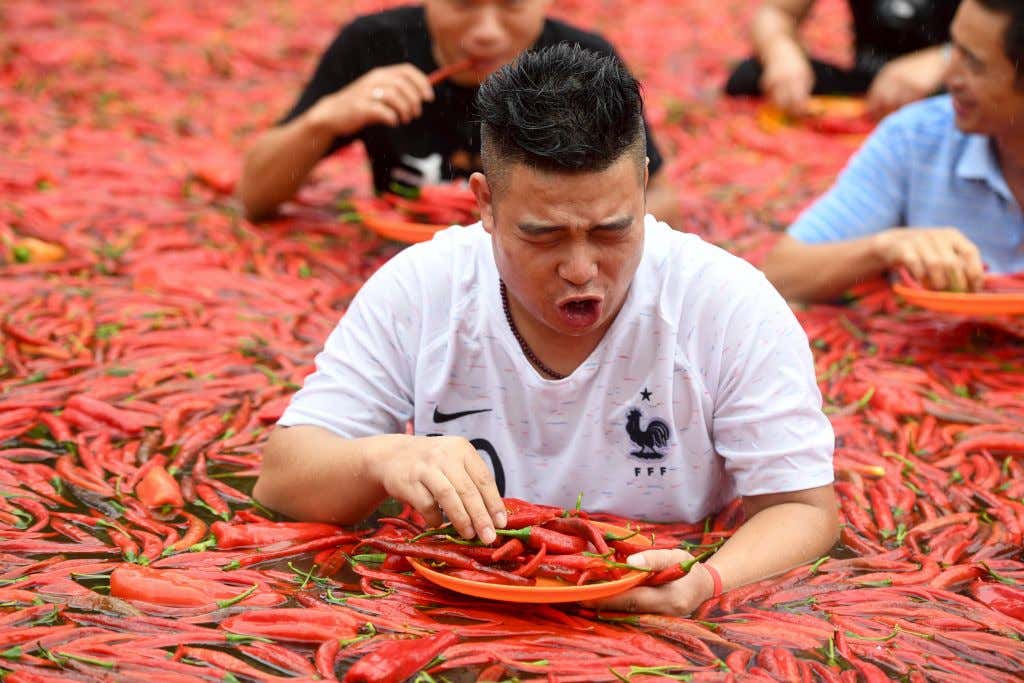 Last night I made chili. I used that above picture because we have to use pictures from Getty Images and when I typed in "chili" that's what came up and who am I to argue with results? I love making chili because you can just dump a bunch of shit into a pot and you feel like Ratatouille tasting it and adding dashes of this and splashes of that. You can also add anything you want that's in your fridge. I had some coffee in the fridge (I make pots of coffee and store it in a carafe in the fridge so I have iced coffee whenever I want) so added some of that. Peppers, onions, hot sauces, green chilies, spices, and then you just keep testing it and next thing you know you are a world class chef. Best chili I've ever had was a brisket chili. Think it goes without saying but brisket is such an elite meat it generally makes everything better.

And now, your questions:

He'll be traded in the next 48 hours. I don't think he has 1st round value, but I can also see a team panicking and overpaying. Steven Chea keeps telling me the Bucs don't have the cap space, but it's the NFL, where there's a will there's a way. I'm writing my Trent to the Bucs fan fiction blog at the same time as this one. Either that or the Browns massively Browning it up, but I doubt we can fleece them for pick 10.

I love Alex but cannot imagine him playing football. He's still on the books though, which is weird. His cap hit is so high that I guess the Skins figure it's worth keeping him around to mentor Dwayne, which has done a great job of doing. I'll never not root for Alex.

I believe they just signed a new 5 year deal with Barstool. Why what have you heard?

That's the daily blog. Back to work ya rascals. Love you.