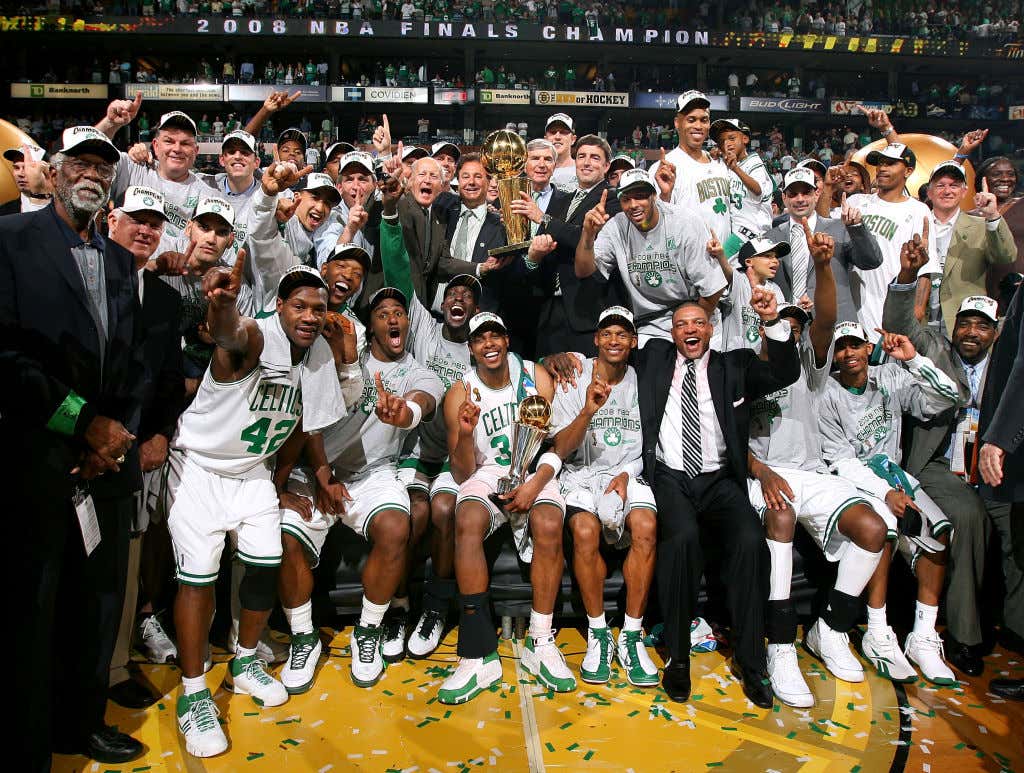 If you're a Boston fan I am almost certain you watched the Bruins 2011 rewatch, or at the very least saw Feits' blog about it. Even someone like myself who is not a hockey guy by any means couldn't get enough of it. I agree with what John said about it being the best content of this entire quarantine. As soon as I heard that this was going down yesterday my brain obviously went to the 2008 Celts and my desire that they would one day do something similar. Now there's no way it'll match what the Bruins did, the way they bust balls and banter isn't really something you see in the NBA. Hockey guys are just way better at it. But what I do know is that 2008 team had a ton of incredible characters that I feel like would deliver. Give me KG, Pierce, Rondo, Perk, Big Baby, Eddie House, Tony Allen, Sam Cassell, Scott Pollard etc on the same stream and let the magic happen. We sort of got a preview of what this might look like a few years ago when everyone went on KG's Area 21

and that was obviously awesome so I have no doubt we would get the same type of shit with this. It might also be the perfect opportunity to bring Ray back into the fold. You can't talk about Game 6 without Ray, he was huge that night. Tied the NBA record for threes made, it was the cherry on top of one of the most dominant Finals performances by a team....ever. Every three he made was perfect.

So maybe this could also serve as the thing that finally helps them to squash the beef. At the very least we'll get KG and Rondo talking shit to him on camera which I think we can all agree would be must watch stuff.

I'd love to hear all the untold stories of that game, what they were thinking as the game went from competitive to blowout, I really hope someone with the Celts saw the success of the Bruins stream last night and this is currently in the works. If not, this is me doing my part to speak it into existence. You can even charge me money to watch it, I don't care. Not like I can spend money anywhere else right now, so just take it all and give us the stream every Celtics fan craves.