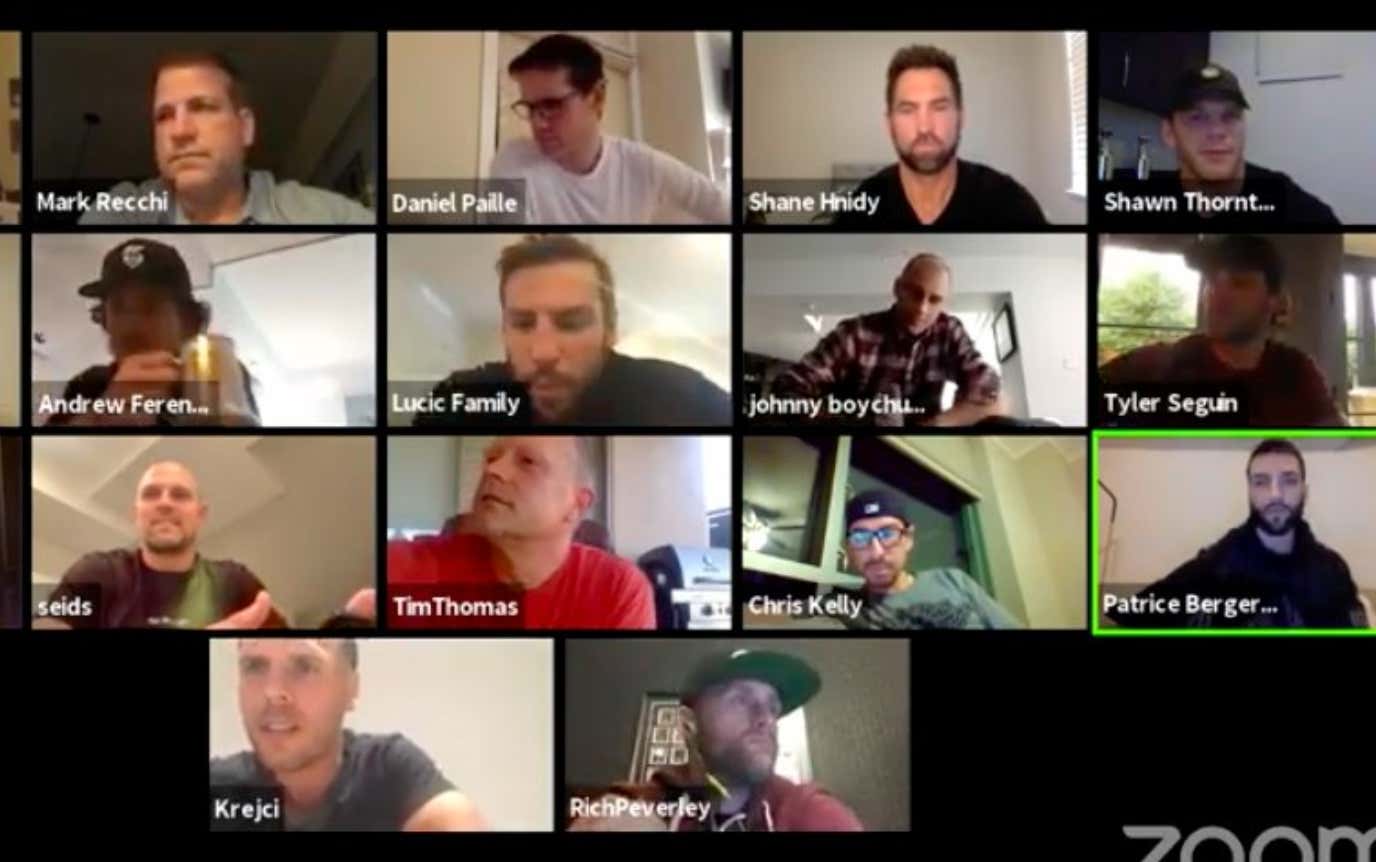 I'm exhausted right now. I'm exhausted from smiling and laughing for the last two and a half hours with the entire 2011 Stanley Cup Champion Bruins. I don't know whose idea this was, idk if it was the NHL or the Bruins, but whoever it was deserves a raise. A big one. I'm overly romantic about this team, they're my favorite of all Boston sports championships, but I cannot stress how much fun I just had. Once our individual sports dreams die we all long to be a fly on the wall in the locker room and that's exactly what just happened, the fellas were drinking (some, a lot), chirping, and just having a good time and I smiled ear to ear for the whole thing.

Honestly I think it was kind of a revolutionary stream. I think more and more teams will be doing this because it was hands down the most fun night I've had in quarantine.

Shockingly, a lot of the players said this was their first time EVER watching the game and it was an about as perfect as it could get. Some highlights:

Tim Thomas was there

I thought there was a 0.0% chance Tim Thomas would be there. WiFi radiation and web cams and microphones are all things I figured Tim Thomas did not allow in his house.

At least most of them didn't. I think Recchi asked if anyone knew (I was watching the game and more listening to the stream, I don't know everyone's voice), Looch chimed in and said Horton had told him "it's our ice now." But it wasn't a rallying cry for the team, it was something that Horton largely did alone.

First of all, Brad calls himself Bradley according to his self-appointed Zoom name. Second of all, when Marchand joined his video was very dark. He immediately opened the gates to the "we're saying whatever we want on this."

Down 3-2, can't fucking lose again. Those are the rules. Lose again, series is over.

"You're worth 60 million dollars bud, do you really have to do this? Have some respect for yourself. Hey everyone, go buy one of Marchy's 20 dollar hats apparently he needs it."

Campbell and Marchand did a beautiful dance of "do you guys love each other or are you making me feel awkward" but hearing a "high as fuck" accusation always plays.

I don't know if Recchi has a robot bartender or something but he was one-touching the hell out of drinks. I caught him twice, but it must have happened more than that. He said they were Sunkist and vodkas. He also dropped a great dad line after Lucic said that blocking a shot ruined his ankle for the whole summer, "Yeah but you iced it from the inside."

The guys referred to Jaromir Jagr as "Sniffles"

I think I know what that means.

Someone said "Looch you ruined their whole season" and Lucic replied "c'mon they got Eichel because of that… he shouldn't have been standing there."

I assumed Tuukka was gonna be quiet because 1) he's a goalie and goalies are weird, 2) as a backup on that team I thought he'd be in his own head with the group and think he should be quiet. There were times he ran the show and was the court jester. Laughing about Seidenberg almost paralyzing himself was the best, but he crushed it. Alternatively, Seguin was what I thought Tuukka was gonna be. It was a bit strange watching him. You could tell his dynamic with this team is completely different than the dynamic he's used to. It makes sense, he was the kid with them and now he's the superstar, but it was noticeable.

I mean that's gold. I respect Corsi, I respect Dougie, I also laughed.

Marchand/Campbell going at each other's hairline

"you better watch what you're saying on this stream"

"He's not even in the league anymore, fuck 'em"

I knew Z was a light imbiber back when the Bruins won the Cup but apparently my man likes the sauce now. After that Canobie Lake Park trip in 2013 you gotta figure he thought, "Yeah, time to really start hitting the bottle." 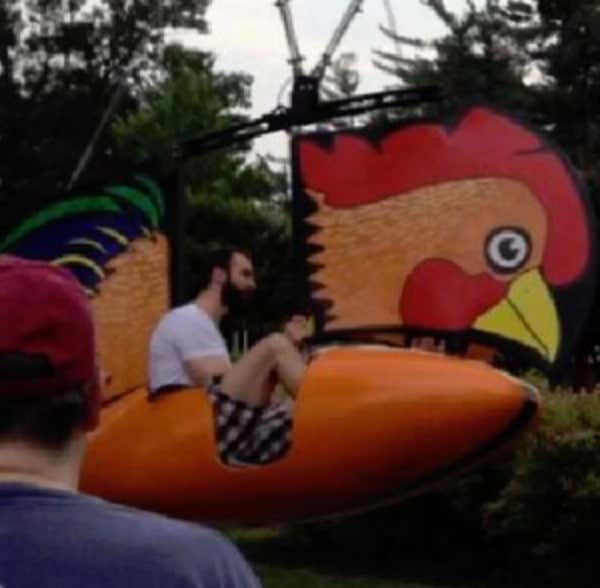 With the absence of Brady it's anyone's town and I think Bergeron has as much a claim as anyone. When he decides we can go outside again, that's when I'll go outside.

Bergeron still has the bite mark from the Burrows bite

Never forget they added this scumbag to their Ring of Honour. Yeah, they even put a u in honor.

Marchand vs Campbell round 2

Everyone else was you when your friends are fighting and you don't know how serious it is so you just let them handle it. Figure it out yourselves, boys, I'm not sure if we're joking anymore.

Looch was loving the wine and come the end of the third he turned into toast guy. Started throwing out a lot of I love yous but this was great. Two and a half hours of busting each others' balls and a quick reminder that you're all best friends and you love each other. Basically a standard night out with the fellas.

Oh and Dan Patrick was there

I think it was Peverly but he asked what we were all thinking, how the hell is Dan Patrick there? Goes to show you how important the NHL was to NBC back in 2011, they made sure the big guns were there.